Three Jordanian intelligence officers and two other security personnel were killed in an attack on their security office in a Palestinian refugee camp outside the Jordanian capital, Amman, and one suspect was arrested, officials said on Monday, saying it appeared to be an "individual and isolated act."

The incident at the Baqaa camp, the biggest of its kind in Jordan, jolted the US-backed Arab kingdom, whose relative stability has distinguished it from powerful war-ravaged neighbors, Syria to the north and Iraq to the east.

Initial investigations suggested the attack at the intelligence department's office at the Baqaa camp was an "individual and isolated act", Jordanian government spokesman Mohammad al-Momani said. He gave no further details.

Earlier, when Jordan announced the incident, Momani described it as a terrorist attack that took place at 7 a.m., adding that alongside three officers, a guard and a telephone exchange operator at the security office were killed.

Two residents said the suspect was a 22-year-old Palestinian from Baqaa camp with no Islamist leanings. They said he was seen acting suspiciously in a disused mosque in the area and when he tried to resist arrest, shot at someone, injuring him lightly but using a pistol believed to have been used in the attack.

A large proportion of Jordan's more than 7 million people are descended from Palestinian refugees who fled in the aftermath of the creation of Israel in 1948.

The incident raised fears among residents of a security backlash against camp residents, who have long complained of suffering discrimination in areas such as jobs.

Western donors and political analysts warn of growing Islamist radicalisation in Jordan's impoverished refugee camps and in districts within major cities laid low by poverty and a lack of economic opportunities.

Dozens have left the sprawling Baqaa camp, which houses over 100,000 Palestinian refugees, to join Islamist militant groups fighting in Syria and Iraq.

Earlier this year, several Islamic State sympathizers were killed in a shootout with security forces in the northern Jordanian city of Irbid.

Security authorities said later they had carried out a pre-emptive strike on militants linked to Syria who were planning suicide attacks on shopping malls and government buildings.

Jordan, a US ally for decades and with close security ties with Israel, has long been a target of radical Sunni Muslim fundamentalist groups including al Qaeda and Islamic State.

It was among the first regional state to join a US-led military campaign against Islamic State, which seized large expanses of Iraq and Syria in 2014 and 2015 but has been pushed back by US- and Russian-backed counter-offensives this year.

King Abdullah has repeatedly warned that the threat from ultra-hardline Sunni groups poses the biggest threat to Jordan's long-term stability. Amman has imprisoned dozens of hardline Islamists in the last few years, many of whom who came from Syria or were arrested while trying to cross the border.

Jordan's main political opposition, the Muslim Brotherhood, which commands a large following within the camp, said the attack on Baqaa only served those who sought to sow strife.

"Preserving the stability of Jordan is a religious duty and necessity," said the statement by the mainstream Islamist party.

Palestinian President Mahmoud Abbas said the attack was "proof of the criminal behavior of terrorist groups" who act against the tenets of Islam. 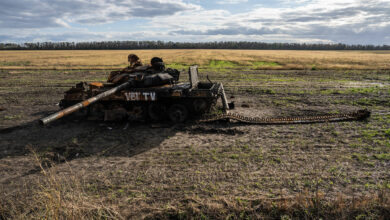