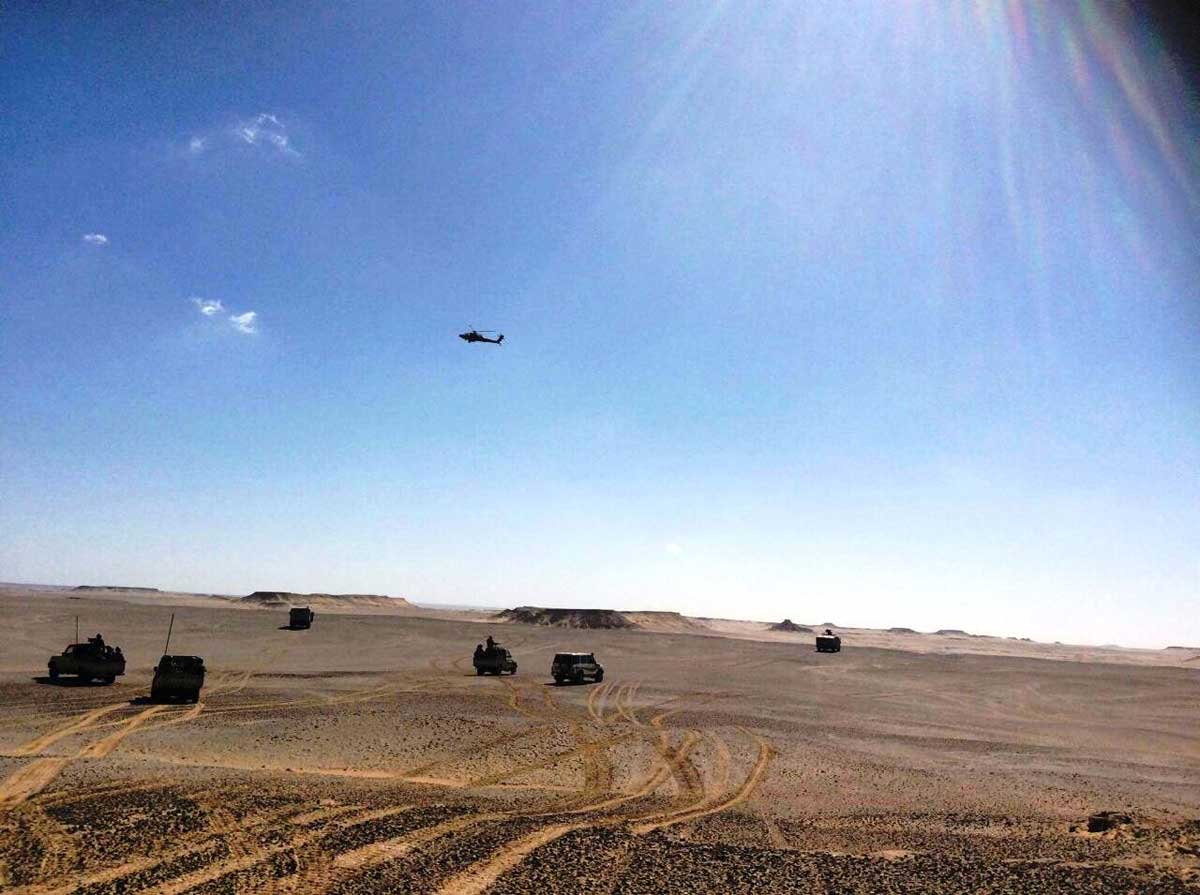 In light of growing tensions between Egypt and Turkey surrounding the ongoing crisis in Libya, some people have questions about the respective military capabilities of the two countries.

The website Global Fire Power in February released its annual review, ranking the countries of the world in terms of military power. Egypt in 2020 rose to number nine, while Turkey fell to 11th place.

Egypt is the only Arab country that ranked among the 10 most powerful armies in the world, rising from its 12th place position last year. Turkey, meanwhile, fell behind Egypt, despite ranking higher in the past several years.

Here are the most prominent figures to consider when making a military comparison between the two forces:

Turkey’s military budget is higher than Egypt’s. Global Fire Power’s figures indicate that Turkey allocated US$19 billion for military spending in its last budget, compared to US$11 billion allocated by Egypt.

Turkey surpasses Egypt in the number of helicopters it possesses, having 497 helicopters. Egypt, meanwhile, has 294.

As for self-propelled artillery units, the Egyptian army owns 1,139, while Turkey owns 1,278.

Egypt has twice the number of marine assets (316 compared to 149 in Turkey). Egypt also has two aircraft carriers, while Turkey does not have any of this type of ship.

Egypt has three times the number of mine warfare units, 31 compared to 11 in Turkey.

Egypt’s parliament on Monday approved the deployment of its armed forces to combat militias outside the western borders.

A closed-door session was held to discuss an important topic, according to an announcement made by House of Representatives Speaker Ali Abdelaal after the morning session ended.

Abdelaal said during Monday’s plenary session that the Egyptian parliament has the right to hold a secret session at the request of the president, the prime minister and the parliament speaker, or according to a request submitted by 20 MPs.

Al-Sayyed al-Sherif, Undersecretary of the House of Representatives, said on Sunday that all MPs support the Egyptian government in a military intervention in Libya with no opposition to any decisions made in this regard.

The Libyan parliament earlier in July granted the Egyptian armed forces the right to intervene in the country’s ongoing conflict to protect Libyan and Egyptian national security.

The decision allows Egypt to intervene if the Egyptian armed forces see an imminent threat to the security of the two countries.

Egypt vs Turkey in 2021: who has the stronger military?

Sisi and Trump agree to secure cease-fire in Libya