I was happy to read the news that independent MPs Alaa Abdel Monem and Mustafa el-Gendi have joined the Wafd Party. I see this as a step in the right direction since their membership in the Wafd will once again help curb the phenomenon of independent politicians and give more room to political parties which, under normal conditions, should form the core of political life.

Over the past five years, there seems to have been a widespread conviction among political and intellectual elites that working outside of political parties is, in fact, the road to political and constitutional reform. Movements that emerged during this period appeared to represent perhaps the only alternative to parties that is capable of bringing about political change.

The role played by these movements in revitalizing political life–courageous attempts at mass mobilization, exercising the right to protest peacefully, and pushing the limits when it comes to criticism of public figures–should not be underestimated.

At the same time, the mistakes they have committed cannot be ignored either. The discourse of some of these movements has been so extreme in tone as to alienate many people who fear that joining their ranks may jeopardize their stability–a crucial social and political value for Egyptians. Moreover, the impatience of these movements has sometimes compromised the gains they have made, such as the right to peaceful assembly. For example, the 6 April demonstration in 2007– which ended with a heavy security crackdown in Mahalla–has given the government a pretext to suppress legal protest activity.

These protest movements have loose structures, where members are not obliged to partake in their activities. They do not have fixed organizational frameworks or democratic mechanisms to make decisions, determine political positions and resolve conflicts. This has in turn led to internal disputes, which are all the more exacerbated by the fact that these movements include members with different political orientations from the extreme right to the extreme left.

These movement have brought members together under the very generic banner of “change”. This is perhaps due to a belief that change in Egypt has reached its final stages. Movement activists were under the impression that they need only persuade the people to pour onto the streets, in a manner similar to the Orange revolution in Ukraine or the Cedar Revolution in Lebanon. But that was too optimistic as there are key differences between the three cases. Furthermore, developments in Lebanon and Ukraine have demonstrated that political change is more complicated than imagined.

Nevertheless, protest movements, from Kefaya to the National Association for Change, include some individuals who have this country’s best interest at heart as well as young people whose activism has reignited hope for a democratic transformation.

Democratic change in Egypt requires patience and unrelenting effort. The only way to achieve it is through organized partisan action and legitimate political parties that are able to mobilize the people, raise their awareness and organize their efforts at political engagement. “Change” in Egypt should be based independence, territorial unity, democracy conforming to international standards, social justice, and a civil, secular state.

It’s time liberals unite around the Wafd Party, leftists around Tagammu, nationalists around the Nasserist Party, and those who hold moderate religious views around the Wasat Party. That would be an appropriate beginning. 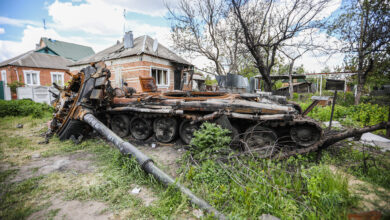