Tokyo (CNN)When Akie Matsuzaki married Shinzo Abe, then a rising political aide, in 1987, she followed a path well trodden by Japanese wives and gave up her job at the country’s largest advertising agency.

But over more than three decades of marriage — including nine years as Japan’s first lady — she proved to be anything but a conventional political wife.
In Japan, Akie Abe is best known for her outspoken and progressive views. Unlike her predecessors, she refused to stay in the shadow of her husband. Instead, the socialite carved out a public role for herself in a style more akin to American first ladies.
Akie Abe, 60, was widowed on Friday after the former Japanese Prime Minister was fatally shot in broad daylight while delivering a speech in the city of Nara, in an assassination that has shocked and angered the nation.
On Friday, she took an hours-long train journey to rush to her husband’s side in a Nara hospital. The next day, she brought his body back home to Tokyo by car. On Monday, she mourned alongside relatives and guests at a private wake at the Zojo-ji Temple.
Through it all, Akie Abe has remained outwardly composed and quiet when appearing in public.
On Tuesday, she will host a private funeral, to be followed by larger ceremonies at a later date.
After her husband resigned as Prime Minister in December 2020, Akie Abe faded from public view. Now she has been thrust back into the spotlight — and the nation will be looking to her as it mourns the death of its former leader.

“Akie Abe — as a first lady — was certainly unlike many of her predecessors,” said Tobias Harris, a senior fellow for Asia at the Center for American Progress.
Her support for progressive causes, freewheeling ways and cheerful confidence endeared her to the Japanese public.
Among Japanese media, Akie Abe earned a nickname — as Shinzo Abe’s “domestic opposition party.”
With a penchant for speaking her mind, she openly challenged a raft of her husband’s policies, from his push for nuclear power to the Trans-Pacific Partnership trade deal. In 2016, she met protesters in Okinawa who opposed expansion of a United States Marine Corps base, which Shinzo Abe supported.
“I want to pick up and pass on the views that don’t get through to my husband or his circle,” she told Bloomberg in 2016. “That is a bit like an opposition party, I suppose.”
Her progressive views sometimes appeared to be at odds with more conservative values.
Akie Abe has been a vocal advocate for LGBTQ rights, joining a gay pride parade in Tokyo in 2014. She also supports the use of medical marijuana, having posed for photos in a sprawling cannabis field in 2015.
Akie Abe was also embroiled in occasional controversies, including a scandal over a murky land sale deal involving a nationalist school to which she had ties.
Despite their often opposing views, the couple had a loving relationship — and Akie Abe did not shy from letting the public know. The couple often held hands when disembarking the plane on their official overseas trips — a public display of affection rarely seen in Japan’s political circles.
Shinzo Abe frequently appeared in Akie Abe’s Instagram posts, smiling alongside her at events or on casual strolls, petting their dog on the sofa, reading newspapers in the car — or posing with a bowl of curry Udon.
On their 30th anniversary, Akie Abe posted a wedding photo of them dressed in kimonos. On their 32nd anniversary, they celebrated with a cherry cream cake and wine.
She was the first spouse of a Japanese minister to actively use social media, especially Facebook and Instagram, sharing snippets of her life with tens of thousands of followers.

The daughter of a confectionery magnate, Akie Abe grew up in a wealthy and privileged family in Tokyo.
She was educated at a private Catholic school and a women-only vocational school, and speaks fluent English.
After graduating, Akie Abe worked at Japanese advertising agency Dentsu. At age 22, she met Shinzo Abe, who was seven years older and working as a political assistant. They dated for over two years before tying the knot in 1987.
The couple never had children. Akie Abe has told Japanese media that they had sought fertility treatment in the early days of their marriage, to no avail.
Akie Abe was not content with being confined to a domestic role. She worked as a radio DJ in the 1990s, and after her husband resigned from his first stint as Prime Minister in 2007, she came up with a plan to open an izakaya pub.
Tags
Akie Matsuzaki Japanese wives largest advertising agency Shinzo Abe 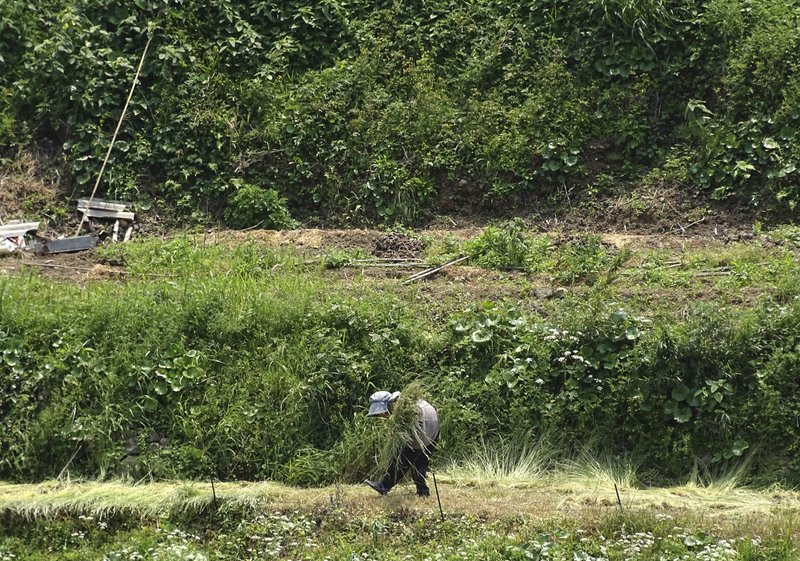