On 21 July, 1960, with a five-hour program which included a reading from the Quran, a speech by President Gamal Abdel Nasser, the national anthem, and a news bulletin, Egypt became the first country in the Middle East and Africa to broadcast television. One year later, a second channel was added. Today, Egypt has a total of eight public channels, two private channels, and a variety of satellite television.

Now, a new public channel hopes to revive the flagging audience for public television by appealing to Egyptian nostalgia.

In contrast to the celebration marking the anniversary and the channel’s debut–a well-attended affair held at the Pyramids Plateau–Al-Araby TV will face many challenges as it enters a media landscape far more competitive than in 1960. The Cairo skyline is congested with satellite dishes, and private TV tempts viewers long disinterested in public programming. To make matters worse, in 2004, Rotana and the Arab Radio and Television Network (ART) purchased much of the archived Egyptian material, which they broadcast on satellite networks, making it unavailable to Al-Araby TV.

There is also an ideological disconnect between the public broadcast system–and the openness it implies–and its programming.

Al-Araby TV joins the roster of a public television which has long been seen as the domain of the ruling party, controlled by the Ministry of Information. Coverage favors the government’s achievements, the National Democratic Party’s (NDP) efforts, and the president’s visits, and ignores negative aspects of the regime.

In 2001, the Egyptian businessman, Ahmed Baghat, launched Egypt’s first private channel, Dream, which was soon followed by second private channel, el-Mehwar (The Axis), owned by Dr. Hassan Rateb. These private channels, which the Egyptian Radio and Television Union (ERTU) has a small share in, crossed traditional boundaries established by public television, allowing for greater freedom of expression and encouraging Egyptian media to grow more open and democratic in the absence of state intervention and censorship.

Two talk shows on the private channels–El-Ashera Massaan (10 PM) and 48 Hours–directly address government corruption and the deteriorating status of the average Egyptian citizen. Their large audience sees them as credible, particularly in comparison to the state-owned channels.

In October 2004, in an attempt to win viewers back from private television by lessening its open bias toward the government, Channel 2 broadcast the talk show, El-Beit Beitak (Feel at Home), now called Masr el-Naharda (Egypt Today). The communal aspect of public television was highlighted. The new talk show was seen as successfully reflecting Egyptian public opinion, particularly in regard to poverty and the accountability of government officials.

Al-Araby TV likewise seeks to revive the image of public television, and regain viewers in the process.

Rasha Abd Allah, head of the journalism and media department at the American University in Cairo, said, “Reviving the Egyptian media heritage is a great idea, especially considering that an entire generation missed watching the original programs, while the older generation certainly would be delighted to bring back memories through its black and white shows.”

“Egypt is the first country in the Middle East and Africa to start a television service. So it is crucial to show our great efforts and leadership in media,” she added.

Whether or not Al-Araby TV will take viewers away from the private and satellite channels, and boost the image of public television in the process, remains to be seen. The new channel is broadcasting its archived programs until the beginning of Ramadan, after which its fate is unclear.

TV presenter and journalist Mofid Fawzy explained that Al-Araby TV was supposed to launch a long time ago. “Such rare treasures must not be hidden in the archives. The Egyptian media is a heritage we should be proud of.”

Fawzy himself contributed to the channel, interviewing influential figures like Youssef Edrees, Ehsan abd el-Qudduus, Professor Ahmed Zewail, as well as President Hosni Mubarak and several ministers. However, Fawzy is doubtful about the continuation of Al-Araby TV after Ramadan, “It depends on how much of the archived materials have been left to the public after Rotana and Arab Radio and Television Network bought most of the old materials,” he said sadly.

Even if Al-Araby TV gets people to watch public television again, it may not have very much to show them. 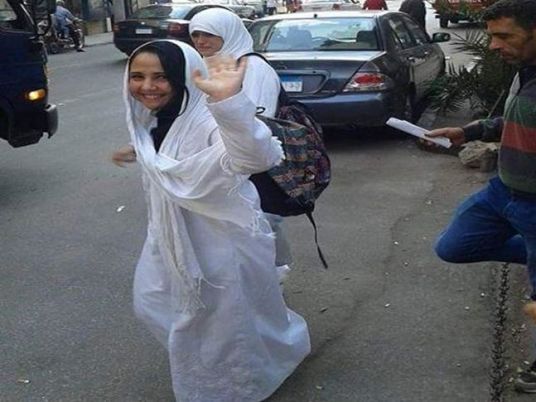