Throughout Egypt’s history, access to water has been essential to the development of its cities and towns. It is no wonder that a uniquely Cairene architectural style would incorporate a way to dispense drinking water. The sabil-kuttab was a charitable building with a water fountain on the ground floor and a religious public school above it. Special to Cairo, there were over three hundred sabil-kuttabs in the city by the end of the eighteenth century.

The Netherlands-Flemish Institute in Cairo assisted in funding the restoration of one of the most unusual sabil-kuttabs, which took place from 2008 and 2009, with help from the Local Cultural Fund from the Embassy of the Kingdom of the Netherlands. Built by Ottoman Sultan Mustafa III in 1760 across from the historic Sayeda Zeinab Mosque, the exterior of this sabil-kuttab looks classically Cairene, with the rounded marble arches on the façade. The interior, however, is what sets it apart form other sabil-kuttabs: it has thousands of Delft blue tiles, hence the Dutch connection.

Agneszka Dobrowolska, a conservation architect, led the team working in cooperation with the Supreme Council of Antiquities to protect and restore every aspect of the building. Many specialized artists participated to protect the integrity of the many architectural elements, such as the multicolored marble and limestone facades, the intricately carved and painted woodwork on the ceiling, the cast bronze grilles on the bottom floor fountain portion, the marble mosaics on the floor and walls, and of course the Dutch tiles on the walls. By using local craftsmen for the project, the coordinators hoped to help preserve traditional artistic skills. Each piece was cleaned and restored, and non-aesthetic structural problems were also fixed. Now there is an exhibit in the sabil room for visitors to learn more.

Unlike large scale renovation projects such Mu’iz al-Din Street in Islamic Cairo that have sought to bring back a historic feel by removing modern inhabitants, the sabil-kuttab blends right in with vendors leaning their wares against its walls.

Following the completion of the restoration, Dobrowolska and her husband Jaroslaw Dobrowolski wrote about their project in "The Sultan’s Fountain: An Imperial Story of Cairo, Istanbul, and Amsterdam," recently published by the American University in Cairo Press.

On 17 January, the Embassy of the Kingdom of the Netherlands in Egypt, the American University in Cairo Press, and the Netherlands-Flemish Institute in Cairo hosted the “Islamic Art and Architecture Festival” to celebrate the restoration of the sabil-kuttab and the publication of "The Sultan’s Fountain." The packed event was held at Bayt al-Sinnari, another beautifully restored building around the corner from the sabil in the Sayeda Zeinab neighborhood.

Dutch Ambassador Susan Blankhart spoke at the event of the long history of cultural and artistic exchange between Egypt and the Netherlands, as shown by the Dutch tiles, and said they got involved in the project to continue this tradition. She hoped that the restoration will bring visitors to the area to see the sabil-kuttab, which will be open to the pubic. She said she hoped the old, warm relationship between Egypt and the Netherlands will “continue for years to come.” 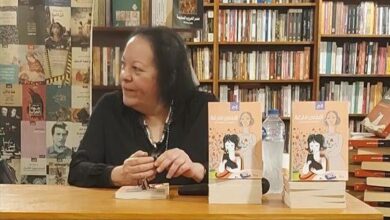