MANAMA — The United States said on Thursday it was "deeply disappointed" by a Bahrain court verdict which failed to strike down sentences against medics over their role in last year's pro-democracy uprising.

The court in the Gulf Arab state, an important US ally that hosts Washington's Fifth Fleet, reduced sentences against nine medical professionals and acquitted nine others — but rights groups also criticized the rulings, with Amnesty International saying it was a "dark day for justice."

"While sentences were reduced, we are deeply disappointed by these convictions and that the Bahraini government did not use alternative means to address these cases," visiting US Assistant Secretary of State for Bureau of Democracy, Human Rights and Labor Michael Posner told a press conference.

"These convictions appear to be based, at least in part, on the defendants' criticisms of government actions and policies."

Posner had previously suggested professional disciplinary procedures would be more appropriate for handling any violations the medics may have committed, and the government said in March it would use that route for 15 of the defendants.

But the trial continued, suggesting a dispute within the ruling elite over how to proceed with the case.

The US comments were the strongest criticism Washington has directed at its ally, the ruling Khalifa family, since US President Barack Obama called on the government last year to talk to leading Shia opposition party Wefaq.

Posner also said Bahrain needed urgently to begin a political dialogue as violent clashes between protesters among the Shia majority and riot police continue. Government feelers to Wefaq in recent months appear to have gone nowhere.

"Dialogue has never been more urgent, as polarization in Bahrain society increases and the social fabric becomes more frayed," he said, adding it would take "courage and leadership" on all sides to come together around the table.

The Sunni ruling family, backed by Saudi-led Gulf troops, crushed the protest movement led by the Shia majority that erupted last year after revolts in Egypt and Tunisia.

The protests, which ended in a crackdown including sweeping arrests, demolition of Shia mosques and dismissal of thousands of Shias from their jobs, left the country more divided and riven with sectarian hatred.

The turmoil has also not gone away, slowing economic growth in a once vibrant tourism and banking hub and pushing many government loyalists to pin their hopes on a form of political union with Saudi Arabia.

The medics' case has cut to the heart of the schism in Bahraini society over the protest movement and political reform.

The doctors and nurses, who are all Shia, say they were victimized for treating protesters and helping bring world attention to deaths caused by security forces.

But official and public opinion among many Sunnis was against the doctors, whom they accused of deliberately worsening patient injuries for cameras and causing the deaths of protesters in order to discredit security personnel.

In September, a military court sentenced them to terms of between five and 15 years on charges including occupying a hospital, incitement to topple the monarchy and arms possession.

In revising the sentences, the court gave Ali al-Ekry, a senior orthopedic surgeon at Salmaniya, a five-year sentence and Ibrahim al-Dimistani three years. Seven others were handed sentences ranging from one month to one year.

A government statement said five of the nine convicted men would be released because of time already served in detention.

"This is an unjust ruling, they are innocent. They should be trying the authorities, not these doctors," said Tewfik Dhaif, 53, uncle of two of the men sentenced on Thursday.

"These are the elite doctors in this country. We have 15 doctors in my family, most of the people they have treated were Khalifas," he said, referring to the ruling family.

The doctors, who were not present during the session, were released last year after an outcry over allegations of torture during detention. Fifteen year sentences against two others remain because they are in hiding.

The court rejected charges from the original trial of occupying Salmaniya and possession of weapons.

"This is a baseless political verdict. It's a political punishment to keep the loyalists happy by keeping a few of us guilty," Ali al-Ekry told Reuters.

"In the military trial, they brought weapons to court as evidence. So who made this charge up?" Ekry asked, adding it was his right to express his opinion to media during the protests.

Thirty-five people died during the uprising, mainly protesters, and hundreds were wounded, stretching medical services which were focused mainly on the Salmaniya hospital.

"This is a dark day for justice in Bahrain," said Hassiba Hadj Sahraoui of Amnesty International. "These are politically motivated charges against medical professionals who were working to save lives amid very trying circumstances."

US-based Physicians for Human Rights said all defendants should have been acquitted because of torture last year.

Widespread and excessive force, including confessions under torture, was detailed in a commission led by Cherif Bassiouni, a respected United Nations human rights lawyer, which published its findings and recommended measures to stop them.

The Bahrain government says it has taken steps to address the brutality of security forces by dismissing those responsible and introducing cameras at police stations to monitor abuses.

But little progress has been made in addressing the grievances that led to the protests. Attempts at reconciliation have faltered as hardliners in both camps rule out concessions.

Posner said officials responsible for violations outlined in the BICI report should be prosecuted and charges dropped in cases concerning political expression and freedom of assembly.

The Shia opposition wants a constitutional monarchy and a more equitable political system that would allow them to have greater representation, ending decades-old discrimination against them in jobs including the army and security forces. 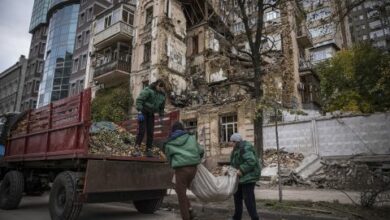