Fadhil al-Azzawi’s The Traveler and the Innkeeper (American University Press, 2011, trans William M. Hutchins) treads much the same ground as his 1972 novel, Cell Block 5. The earlier book has been called the “first Iraqi prison novel,” and much of the action of The Traveler and the Innkeeper, written in the mid-1970s, also takes place among political prisoners and police. Both novels draw on the acclaimed novelist and poet’s own experience in Iraqi jails.

Yet The Traveler and the Innkeeper steps away from Cell Block 5 in that it focuses not on the jailed, but on the jailers.

In so doing, al-Azzawi’s novel provides an unusually sympathetic portrait of a secret police inspector named Qasim Husayn. The portrait is fictional. But the book’s new preface, written in October 2010, adds a layer of memoir. In the preface, al-Azzawi tells of how he was arrested while in university for the crime of having English-language books in his apartment. He was tortured and nearly killed. As he sat “cringing in a cell,” one of his closest childhood friends, who had become a police inspector, passed by. This police inspector, also named Husayn, said, “Didn’t I tell you, Fadhil, you were heading down the wrong road?”

This real-world Husayn is transmogrified into the protagonist of The Traveler and the Innkeeper, originally titled Madina min Ramad (City of Ashes). The book sticks close to Husayn, rarely veering off into the other characters’ emotions or histories. We learn almost nothing about Jalil Mahmoud, the childhood friend who Husayn must interrogate. Indeed, Mahmoud is frustratingly blank, pushing the reader into even greater identification with the police inspector.

On its surface, the book is an exploration of how a man – such as Husayn – could come to torture even a childhood friend like al-Azzawi. The fictional Husayn didn’t start out as an enthusiastic bully. His father had wanted him to be a lawyer, but the local police chief recommended Husayn to the academy. There “[he] had learned that he wasn’t defending any specific system; he was simply standing firm against anarchy….”

Bit by bit, Husayn’s identification with the police grows, and his resistance to torture breaks down. For Husayn as for the reader, prisoners are rarely humanized. Both experience the same detachment: “Then I suddenly saw my hand rise mechanically and slap him, as if it wasn’t my hand. Then blood gushed from his nose and soiled my palm. That made me even angrier; so I hit him again and again.”

Husayn becomes a successful police inspector, trusted and respected by his colleagues and superiors. Then his confrontation with Mahmoud brings him crashing down.

The book’s prose, translated by William Hutchins, is not one of its strong points. The sentences are often heavy and don’t flow easily from one to the next. Some of the melodramatic language is out of place. Too often, we find Husayn either “weeping” or on the verge of weeping. Still, the central character’s rapid downward spiral keeps the reader turning pages.

And, while the story line is compelling, the book is not just about the rise and fall of a police inspector. It is also about the possibility of change. Al-Azzawi writes in the preface that he chose to set the book around the 1967 Arab-Israeli war, at a time when loss shocked Baghdad’s residents into re-seeing their nation.

After June 1967, al-Azzawi writes, Baghdad changed. It was “no longer a city of the dead, because off in the distance glimmered a light toward which men and women were drawn, even though they realized that this journey might lead them to a secret prison or a dungeon.”

According to the novelist, the catastrophic military loss in 1967 led inexorably to demands for a new state. Iraq was rocked with street demonstrations, manifestos and strikes. “Thousands confronted the state’s terror as if it were a pleasantry or perhaps even a recreational pastime.”

Mahmoud plays a similar role in the novel. He is Husayn’s June 1967, the police inspector’s glimmering light and his eye-opening defeat. Their confrontation forces Husayn to re-examine his life and leaves him grasping at something he cannot name.

Ultimately, none of the novel’s characters finds a way out of the downward spiral. Yet in the preface, written more than 30 years after the novel, al-Azzawi holds out hope that democracy can yet break the “closed circle where the interrogator destroys his victim and the victim his interrogator, with no hope of escape.” 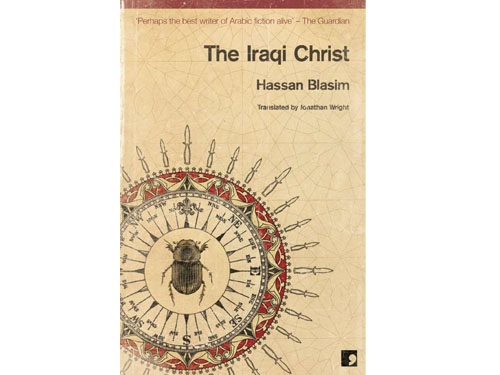 Iraqi writer Hassan Blasim has too many stories to tell 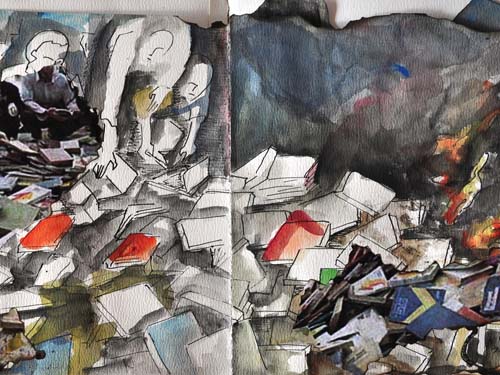 Artists and writers search for a common street in Iraq 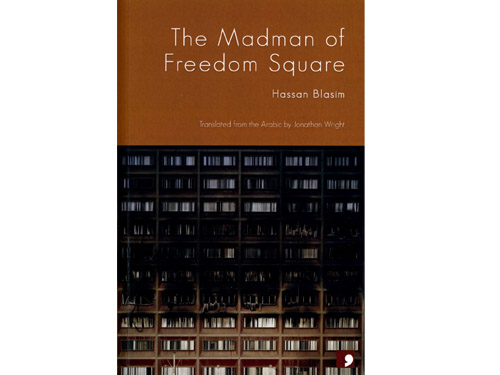 Navigating the space between American readers and Iraqi writers