(CNN) – Chris Rock will not be pressing charges against Will Smith following their onstage altercation at this year’s Oscars, the Los Angeles Police Department has said.

Smith appeared to strike Rock at Sunday night’s ceremony after the comedian made a joke about his wife Jada Pinkett Smith’s shaved head as he presented the Academy Award for best documentary.

When Rock quipped: “Jada I love you, ‘G.I. Jane 2,’ can’t wait to see it,” the camera cut to Pinkett Smith, who rolled her eyes. The “Red Table Talk” host has been open about her struggle with alopecia, an autoimmune disorder that leads to hair loss. 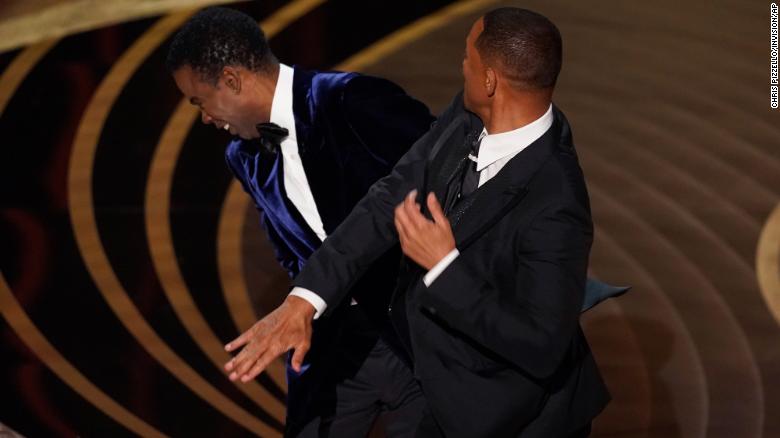 Will Smith, right, hits presenter Chris Rock on stage at the Oscars on Sunday.

Following the joke, Smith walked onto the stage and seemingly hit Rock, before telling him to “leave my wife’s name out of your f**king mouth.”

“The Pursuit of Happyness” star appeared remorseful when he returned to the stage shortly after, to accept the Oscar for best actor for his role as Richard Williams, the father of Venus and Serena Williams, in the film “King Richard.”

During his emotional speech, Smith apologized to the Academy and his fellow nominees for the incident but did not mention Rock by name.

While Smith’s actions have been widely condemned on social media, with many arguing he should be charged with assault, his 23-year-old son, Jaden Smith, shared a tweet shortly after the incident, which said: “And That’s How We Do It.” 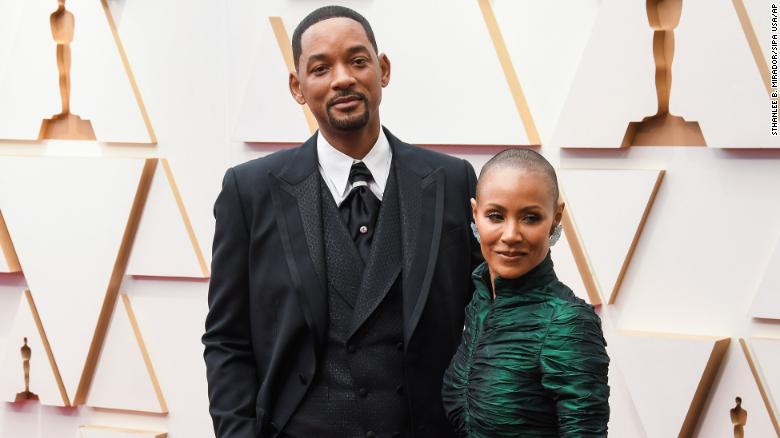 Jada Pinkett Smith has been open about her struggle with alopecia, an autoimmune disorder that leads to hair loss.

The LAPD confirmed on Monday that Rock declined to file a police report.

Smith appeared to predict the mayhem of Oscars night in an Instagram post hours earlier. Sharing a video of himself and his wife in their red carpet attire with his 60 million followers, he wrote: “Me ‘n @jadapinkettsmith got all dressed up to choose chaos.”