El Malahim. Ragnarok. Armageddon. Those are terms we use to describe the end of the world.

As we celebrate the 100th anniversary of Albert Einstein's theory of general relativity this November, we can appreciate the fact that this brilliant scientist came up with ideas that have fundamentally changed our understanding of the universe.
General relativity, in short, tells us that gravity is not quite the force Isaac Newton envisioned; gravity is actually the bending of space and time by mass and energy. This discovery led us to the widely accepted theory of Big Bang, which establishes the birth of the universe as 14 billion years ago.
But what about the death of the universe? For that, we need to turn to dark energy, one of the biggest scientific mysteries of our time.
For decades, astronomers thought that an expanding universe bound by gravity should grow quickly in the beginning and gradually slow as the stars and galaxies obeyed gravity's inexorable tug. The only question really was whether gravity was sufficient to eventually stop the expansion of the universe and bring it all back together in a hot "Big Crunch." This seemed like a very plausible scenario.
But in 1998, to everyone's surprise, two groups of astronomers announced measurements of distant supernovae that showed while the early universe followed their expectations, about four billion years ago, the expansion of the universe began to speed up.
In complete contradiction to predictions, it seemed that something was overcoming the effects of gravity and pushing everything farther away at an ever increasing rate. These observations have long since been confirmed.
It turned out that Einstein imagined such a phenomenon when he was developing his theory of general relativity. He envisioned a "cosmological constant" that provided a repulsive form of gravity.
Following the best theoretical understanding and experimental evidence of his time, Einstein first added the term to his equations, but then took it out, as it didn't seem necessary. Einstein regarded the fact that he invented the cosmological constant as a colossal mistake.
With the discovery of the accelerating expansion of the universe, Einstein's cosmological constant came back into vogue. But it wasn't the only explanation.
Scientists generically call the repulsive form of gravity "dark energy," but there are several models of it. One is Einstein's cosmological constant, which, as the name suggests, is a field of constant energy density throughout the universe. Another idea is called quintessence, which has the proper repulsive properties but can change over time.
Exactly which model is correct has yet to be determined, although there is a vibrant ongoing experimental program that is trying to figure it out. The biggest current effort is called the Dark Energy Survey, which uses a 570 megapixel camera and the 4-meter Blanco telescope at the Cerro Tololo Inter-American Observatory in Chile.
By studying distant supernovae and measuring the positions and properties of hundreds of millions of galaxies and hundreds of thousands of galaxy clusters, the DES collaboration hopes to shed light on the nature of dark energy.
If we understand dark energy, we may well be able to answer a profound question: How will the universe end? 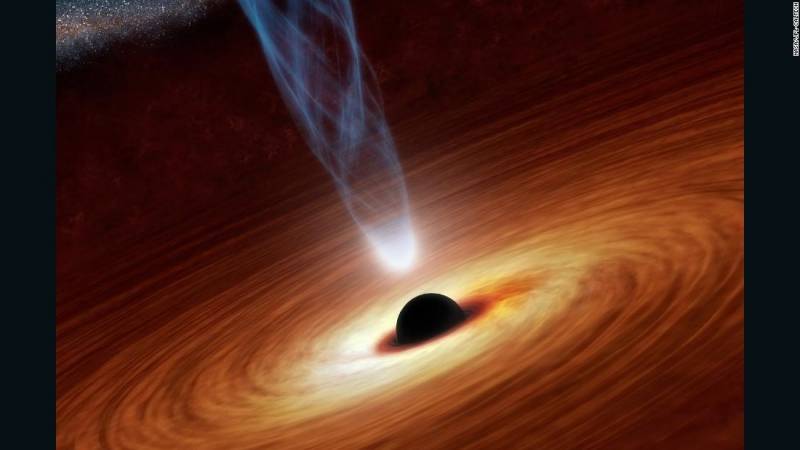 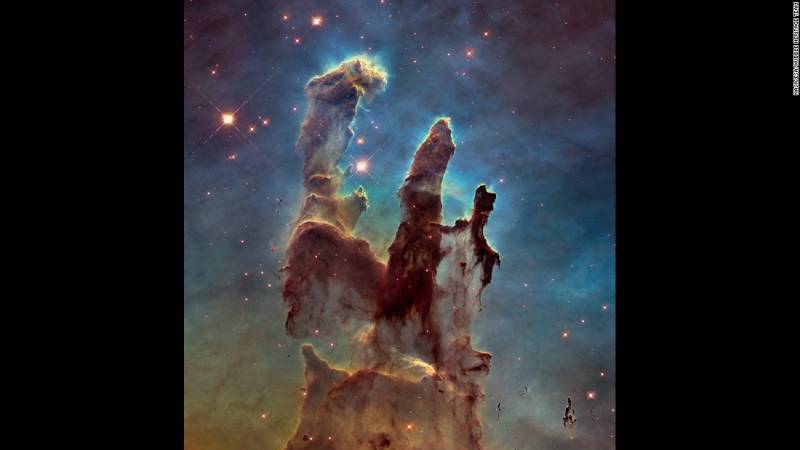 NASA has captured a stunning new image of the so-called "Pillars of Creation," one of the space agency's most iconic discoveries. 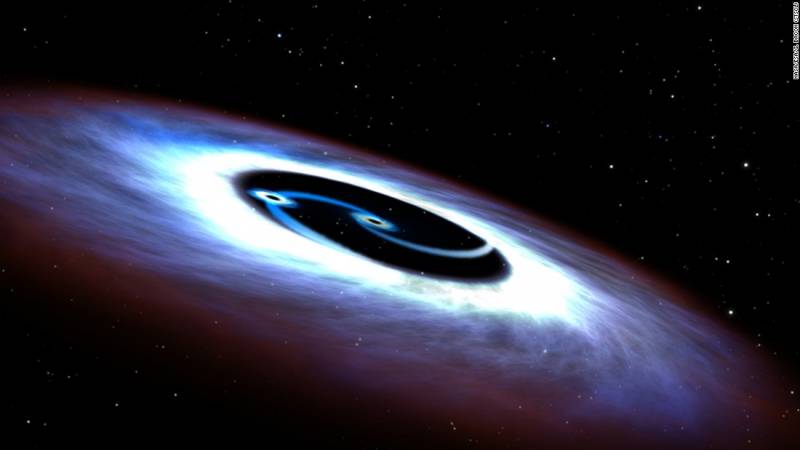 An Artist's illustration shows a binary black hole found in the quasar at the center of the Markarian 231 galaxy. 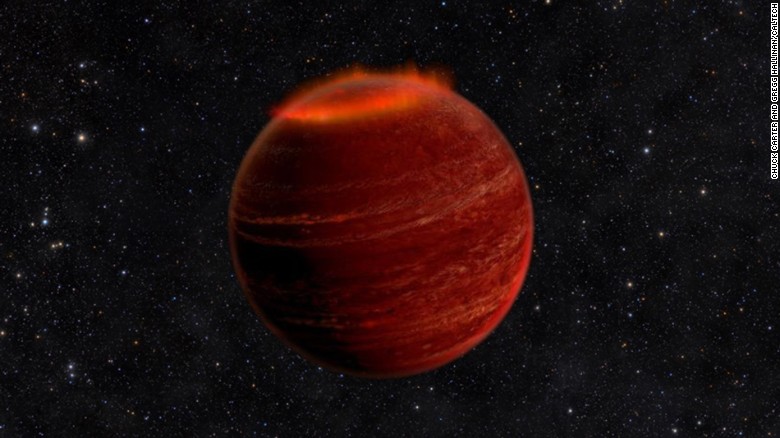 Astronomers have discovered powerful auras on a brown dwarf that is 20 light-years away.
This is an artist's concept of the phenoumenon.

The Hubble Space Telescope captured this image of the Southern Pinwheel Galaxy, one of the largest and closest galaxies of its kind.
Current thinking is that the effects of dark energy will increasingly dominate. As the speed of the expansion of the universe speeds up, distant galaxies will be pushed away until they are no longer observed. In the far future, astronomers will see a very different night sky than they do now.
Our universe will consist of but a few nearby galaxies (called the Local Group), with all the others pushed too far away to see. Indeed, we live in a privileged time in cosmic history that allows us to study the story of our universe from the beginning to now.
If the quintessence theory is true and the amount of dark energy happens to increase, the story is even more dramatic. The expansion of the universe will eventually rip apart our galaxy, the solar system, Earth and eventually all matter, so that individual atoms will be separated by unfathomable distances.
Given present-day observations, it appears that the continuing expansion of the universe will isolate small clumps of galaxies, which will slowly run out of fuel and fade away, stellar fires extinguished forever, leaving a cold and desolate cosmos.
But we don't have all the answer yet, so who knows, we may be surprised.
As we thank Einstein for giving us a revolution in science, it might seem ironic that one of his mistakes could have an impact on that grandest question of all — the ultimate fate of the universe itself.
Poet Robert Frost once asked if the world would end in fire or ice. It seems that the answer is that in a few billion years perhaps you should be looking for a really good parka.
Tags
Albert Einstein end of the world relativity theory wonders of the universe 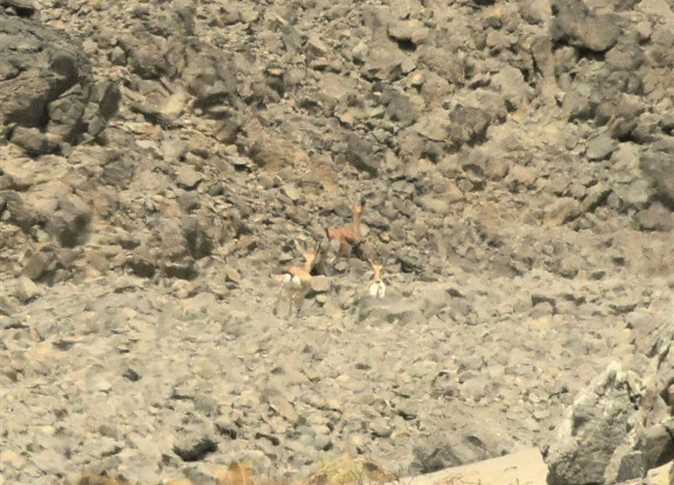 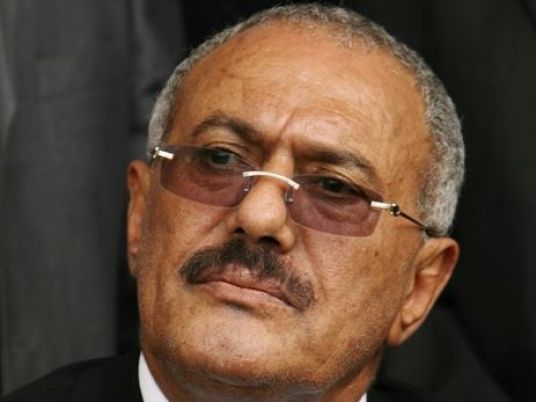