Facebook Twitter LinkedIn
The hospital in this remote region of Kenya has no blood in its blood bank, and Fardowsa Abdi is about to die.
The 25-year-old went into labor days ago.
But with no medical facilities close to her home near Kenya's border with Somalia, she had to travel 300 km (186 miles) to reach this hospital.
It's the only free one in a county with a million people spread over an area nearly the size of Connecticut or Belgium. 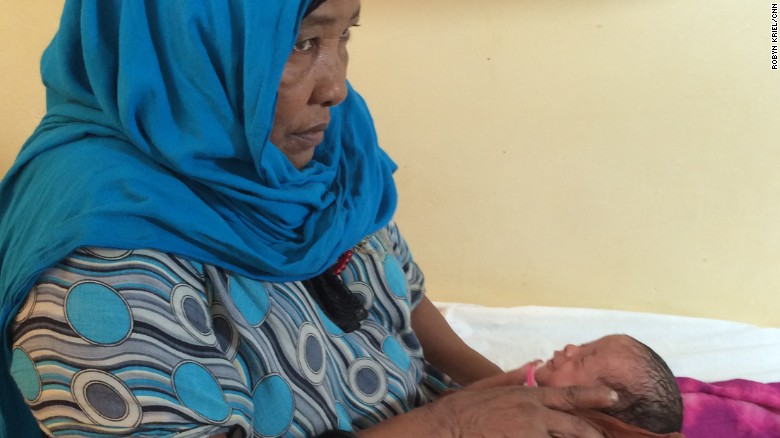 Abdinoor Mohamad Abd's mother did not survive his birth, leaving him to be raised by his grandmother Halima Somo Dima
Now she's hemorrhaging after a cesarean section. She winces in pain as she nurses her baby.
Abdi has been dealt a difficult card. She lives in Kenya's Mandera county — the most dangerous place in the world to give birth.
"It's tragic," says Ruth Sambu, a maternity nurse at Mandera County Referral Hospital. "And then the worst part is that, as a person who is knowledgeable, there is little you can do."
Women here are nearly 10 times more likely to die in childbirth than they are in Afghanistan.
It's 135 times more dangerous to be pregnant here than in the United States.
About 38 mothers die in childbirth in Mandera County for every 1,000 live births, according to the United Nations — two to three women a day.
Mutilation and terror
"Nobody talks about it," women's activist Ubah Ibrahim says. "The reason as to why (it is so dangerous to give birth) — is mostly because of female circumcision. Every day it happens. Also, there are very few doctors left in Mandera because of insecurity, and not many good facilities." 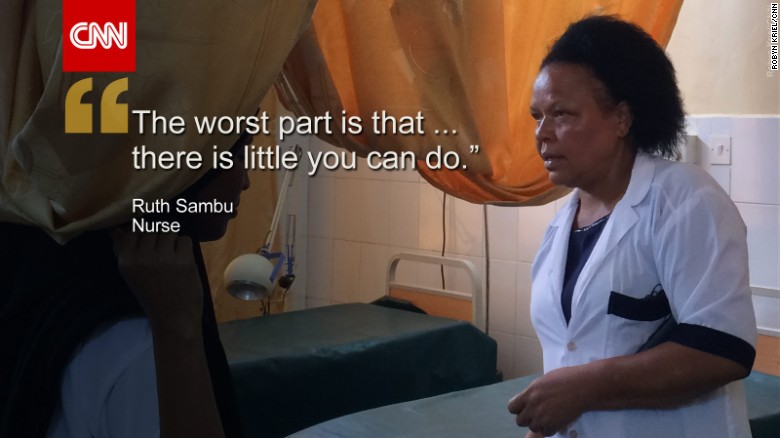 The Al-Qaeda-linked insurgent group Al-Shabab has attacked Mandera multiple times, murdering dozens of civilians.
Humanitarian agencies and international donors, including the World Food Program, have pulled out or withdrawn support due to the insecurity.
That has left the remaining medical staff overwhelmed.
"It gets quite busy, quite busy. Like you can have three mothers giving birth at the same time," Sambu says.
And some of those mothers should not be pregnant in the first place, the nurses say.

The nurses spoke of child brides, women too young for their bodies to bear children.
They described women hemorrhaging, and yet still refusing cesarean sections, fearing that it would cut down on future fertility in polygamist society where some women measure their worth by the number of children they can give their husbands.
And then there is female genital mutilation, common in the region, performed on girls as young as nine years old. They are then sent to recover from the bleeding in the bush, as Sambu says, "with only a man to keep the hyenas away."
Deadly results
When it comes time for women to give birth, the mutilation can bring about terrible consequences.
"You would get the baby dying because of obstruction at the vaginal wall," says Sambu.
If the baby gets stuck, the child — and possibly the mother — will die.
But some help is slowly trickling into Mandera.
The UN Population Fund, UN Development Program and Kenyan First Lady Margaret Kenyatta's office have launched an initiative called "Beyond Zero."
So far, they have donated fully equipped mobile maternity clinics to 32 of Kenya's 47 counties, containing the medical supplies women need to give birth safely.
The UN Population Fund says the mobile clinics have helped more than 130,000 Kenyan women and children.
Margaret Kenyatta came to Mandera in early November to donate one.
Blood donation
That was the day Fardowsa Abdi needed emergency surgery in order to survive.
Her blood type was B negative, which is rare. It happens to be the same as mine.
As journalists we are often confronted with problems that appear unsolvable. Issues so mammoth, situations so out of control that it is almost unfathomable to even think about trying to help. But here I could, so I did.
Gestures like my blood donation, or even a mobile maternity clinic, can make only a tiny difference in a region that is missing the most basic of necessities, where the smallest acts can quite literally make the difference between life and death.
A week after her emergency operation, Fardowsa Abdi was still recovering in the hospital — and she told a nurse she was planning to have more children. 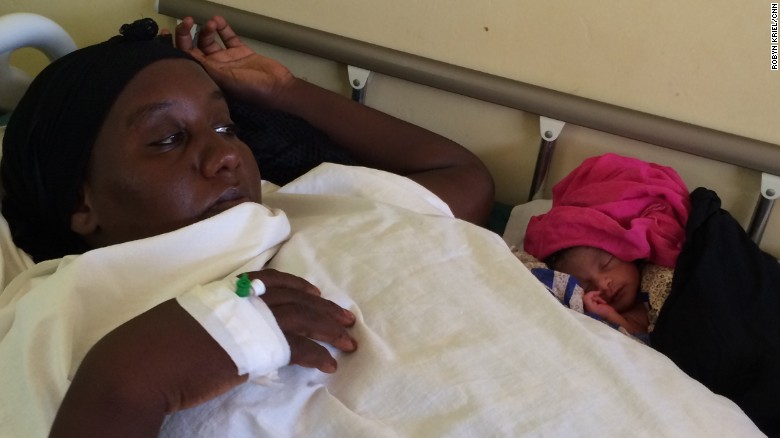