Since the first day the people took to the streets on 25 January 2011, Egyptians and foreign observers alike have differed on decoding the message the protesters who ousted former President Hosni Mubarak wanted to send. There have been dozens of analyses explaining the triggers of the revolution, the nature of the social powers that led the protests, and the role of the new generation that forced itself onto the scene in the name of the revolution.

Despite profuse Egyptian, Arab and Western readings and explanations, the demands of the revolution remained subject to disputes between traditional political powers, the emerging politicized youth and a broad public that has entered the political landscape for the first time. At points, they expressed specific demands concerning their lives, housing, work and dignity; at others, they called for retribution for the revolution’s martyrs and more accountable trials of former regime figures, or expressed a position on Egypt’s peace treaty with Israel, the Saudi judiciary’s disregard of the rights of Egyptians residing in Saudi Arabia or the West’s mockery of Prophet Mohamed.

Indeed, the revolutionary discourse kept changing in light of the tug of war between these three poles: the established political opposition that crystallized by the mid-2000s, with its liberal and nationalist/leftist wings; the nascent, loosely structured activism that rejects the growing polarization among Egyptians and wants to entrench the revolution in a more social terrain; and the public, with its spontaneous reactions and unpredictable, uncontrollable outbursts of struggle.

The rise or fall of these players reflected the result of the interplay between them and the counter-revolutionary powers, which gained a certain legitimacy through the successive elections and referendums undertaken since March 2011.

The weeks that preceded the last referendum on the new Constitution saw the civil current rise, spearheading a confrontation with the Muslim Brotherhood and Salafis.

This current, represented in the National Salvation Front (NSF), shaped the revolution discourse for that stage around the structural constraints set by political Islam groups. Intentionally or inadvertently, it disregarded all the other aspects of the ongoing struggle, especially those pertaining to the alliance with the Armed Forces and the protection of their privileges, the Interior Ministry’s unreformed structures or the almost exploding dossier of social and economic injustice.

Hence, under the leadership of the NSF, the revolutionary discourse was mainly turned, even if temporarily, into a call for a new political regime, even more than consolidating a revolutionary, social policy-driven agenda. The regional and international support for the new ruling elite was dismissed in all discourse-building efforts.

These developments, which come ahead of the forthcoming parliamentary elections, put the revolutionary powers on a more defensive footing than during the last elections. This is because, with its anti-Brotherhood discourse, the NSF has aggravated polarization in society, creating a new rift not only between Islamists and civil powers, but also between the educated middle class and the poorer urban and rural sectors that sympathize with the Salafi-Sunni version of Islam.

The NSF does not seem to pay enough attention to the Islamists’ popularity, as reflected by the results of elections and referendums since the revolution. The opposition renders itself even more fragile by disregarding economic and social factors as a basis for electoral competition and campaigning, in the mistaken belief that this disregard is necessary to preserve a loose electoral alliance between the civil right and left, and between old and young elements.

Despite the flawed calculations of the NSF and the miserable hesitant alliances among the established political opposition, the upcoming electoral deadline, and, more importantly, the proliferation of violence since last week, illustrate the desperate need to address what has been avoided over the past two years: the need to develop a discourse that expresses the demands of broad, disenfranchised social groups, and stresses the need to restructure the political system to serve the aspirations of citizens with regard to dignity, freedom and equity.

To be voiced, such a discourse needs a new electoral alliance that calls for the continuation of the revolution. Its components can either be the remaining few parties, which still insist on expressing the demands of the revolution, or youth activist groups, which could take the risk of forcing themselves onto the scene as a new generation that opposes not only the Muslim Brothers, but also all the traditional opposition actors with their narrow conception of politics and revolutionary change.

If any (or both) of these options crystallize, the result is unlikely to be an electoral victory for the revolutionary current. Anyway, this is not possible under the current balance of forces.

However, the important achievement will be the creation of a new public discourse that challenges the hegemonic Islamist-civil duality and the narrow conception of the political regime democratic transformation. In itself, this will be a spectacular achievement that might in due course play a role in redrawing Egypt’s political map.

The recent growing political chaos and confusion proves that such initiatives are becoming increasingly vital to save the revolutionary momentum from the various implicit, and explicit, attempts to derail it.

Dina el-Khawaga is a professor in Cairo University’s Faculty of Economics and Political Science, and programs director at the Arab Reform Initiative in Paris. This article was translated by Dina Zafer.

Explainer: Who is targeting the Muslim Brotherhood? 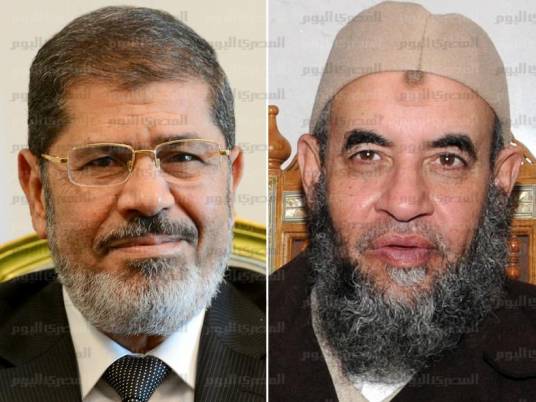 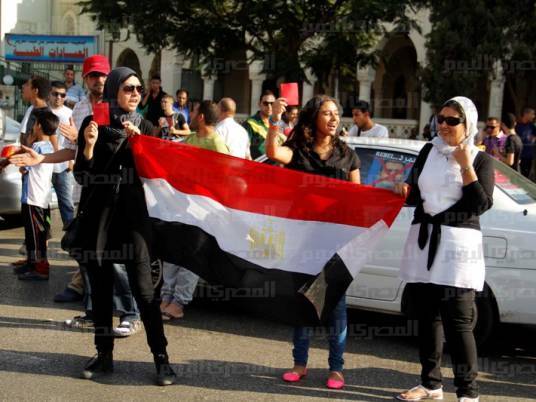 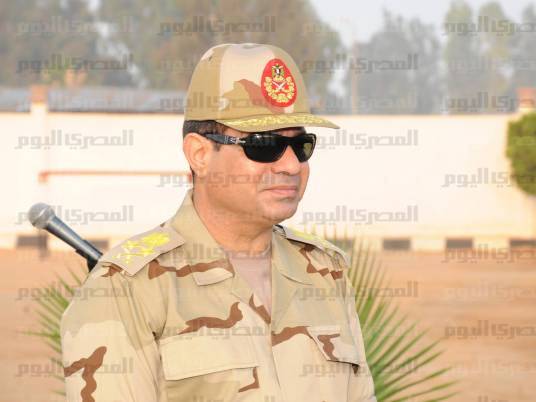