The Democratic Alliance said on Saturday that it has begun efforts to exclude candidates affiliated with the previously-ruling National Democratic Party (NDP) from the parliamentary elections scheduled for 28 November.

The alliance, consisting of 11 Egyptian political parties led by the Muslim Brotherhood's political arm, the Freedom and Justice Party, said it is currently gathering legal information on former NDP members who intend to run.
The alliance's chief elections coordinator, Wahid Abdel Meguid, said it intends to file a lawsuit demanding the exclusion of former NDP members, based on a court ruling that disbanded the party months ago as well as other verdicts issued against each candidate separately.
In April, the Supreme Administrative Court disbanded the NDP and returned its assets and headquarters to the state.
Elaborating on its verdict, the court said that the party, established in 1978, had violated the principles laid out in its establishment and induced social disorder and political corruption.
The High Elections Commission is obligated to remove any candidate a court rules should be excluded.
An official alliance source told Al-Masry Al-Youm that though the ruling Supreme Council of the Armed Forces has repeatedly promised to apply the Treachery Law against former NDP members, that move would be difficult with parliamentary elections quickly approaching and the majority of former NDP members running either individually or through new parties.
Since authorities started receiving candidacy applications on 12 October, several press reports have highlighted a huge turnout by applicants affiliated with the NDP and new parties being established by its former members.
Translated from the Arabic Edition
Tags
2011 parliamentary elections Democratic Alliance National Democratic Party Treachery Law 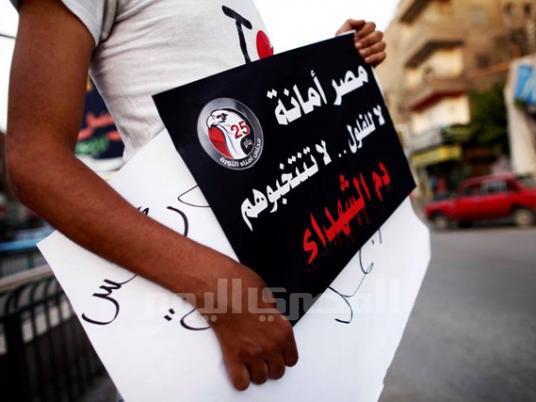 State commissioners recommend not to deprive NDP members of politics