Though they are responsible for collecting, recycling and disposing most of Cairo’s municipal solid waste, the zabaleen are finding themselves trapped, as even new governing bodies remain unable, or downright refuse, to recognize them as the city’s official waste management workforce.

Cairo produces about 14,000 tons of solid waste daily, according to statistics from the Egyptian Environmental Affairs Agency. More than 60 percent of that is removed from residents’ doorsteps early in the morning, while most Cairenes are still asleep.

The zabaleen, who number between 80,000 and 150,000, take this waste back to their neighborhoods — mainly Manshiyet Nasser and at the foot of the Moqattam hills — and then proceed to manage and dispose of the waste efficiently by hand, recycling about 80 percent.

However, despite employing them in this job decades ago, the government does not officially recognize them, and they continue to live hand to mouth, day by day, in extreme poverty, with little to no access to health and social services.

But these meetings yielded no substantial results, and after well over 100 days had passed, Senussy was removed from his position. The discussions over managing the city’s waste drifted back to various governing bodies, such as the Environment Ministry and the Cairo Cleaning and Beautification Authority — leaving the zabaleen right where they were before.

“No progress was made from these discussions whatsoever, despite a continued display of understanding that the zabaleen are the primary disposers of Cairo’s solid waste,” says Ezzat Naiem, director of the Spirit of Youth Association and a prominent zabaleen figure.

Naiem says that legitimizing the zabaleen would allow them to turn their massive workforce into an established organization with far superior efficiency, boosted by investment and more access to waste management facilities, while also granting them access to social services and a much better standard of living.

“Such a company would eventually produce significant revenue, which could be taxable and also help contribute to the economy, like all other major Egyptian organizations,” says Naiem.

However, reasons for the lack of progress and difficulties legitimizing the zabaleen have deeper roots.

“While [the government] doesn’t seem eager to get on board with our vision, there are some big, somewhat legitimate obstacles behind their stance,” says Naiem.

The biggest hindrance to the zabaleen’s legitimization are 15-year-long, multi-million dollar contracts signed by government officials under former President Hosni Mubarak in 2002 to bring in international companies to help solve the country’s waste management problem.

“Instead of holding discussions with the zabaleen to explore ways to improve their services and recognize them, these deals were privately signed, without consultation,” says Laila Iskander, a community development specialist who has been working directly with the zabaleen.

The main companies employed were the Spanish companies FCC and Urbaser, Italian company AMA, and the French company ONYX, which operates mainly in Alexandria.

But it very soon became clear that these international companies were ill-equipped to implement an appropriate system to address Egypt’s unique waste management problems.

The system these companies implemented involved installing giant waste bins in various parts of Cairo for residents to use. Company trucks would then take the waste to proper disposal facilities. The cost of these services would be included in people’s electricity bills, directly proportional to consumption.

However, the system proved to be unacceptable to most Cairenes, who are used to having their garbage picked up from their doors step for a small fee.

It has since been the aim of the Spirit of Youth and various zabaleen advocates to cancel the contracts with these companies. But that is proving to be practically unfeasible, as the circumstances surrounding the contracts have become more complex over the past 10 years.

Naiem says that canceling the contracts early would cost the government millions of dollars that it says it does not have. Also, there might potentially be serious legal consequences if the companies take action in response.

For example, the companies were supposed to use their own trucks, hire their own staff and recycle at least 20 percent of their collected waste, compared with the 80 percent recycled by the zabaleen, who do the job with practically no government assistance.

As a result, Iskander says, municipal authorities began charging the companies for the breach, as stipulated in the contracts. In response, the companies began silently subcontracting the zabaleen to work for them for meager salaries amounting to a few Egyptian pounds.

Iskander says that when these companies account for gains and losses, they still make a huge profit in spite of the breaches, while also having subcontracted certain zabaleen individuals in the process.

“I don’t think the Egyptian government has any intention of opening that can of worms before the contracts expire,” she says, adding that the unfortunate conclusion is to wait until 2017, “while also continually trying to lobby.”

Also, while the companies have their contracts in place, it is illegal to provide the zabaleen with their own contracts.

These companies were unable to comment by the time of writing. But Yasser Khalil, director of solid waste management and recycling at the Egyptian Environmental Affairs Agency, said fully legitimizing the zabaleen as official waste managers would be nearly impossible until the contracts expire, because canceling the contracts early would entail too much risk.

However, he said that the agency is working with the zabaleen to increase their access to proper recycling facilities and providing more hygienic tools for them to use, which can be done irrespective of the contracts.

If the zabaleen went on strike for only a few days, it would likely bring waste management in the city to a halt, and residents might start to support them. But Naiem says that while a complete strike would be a great idea, the zabaleen are too poor to go even one day without collecting and recycling garbage.

Also, organizing a strike would be nearly impossible to coordinate, he says, because of the very large number of zabaleen and the fact they work in many different areas.

“If I knew that every single other zabal was also going to strike for a few days, we could save up a bit and I would definitely join,” says Mourad Haleem, one of Manshiyet Nasser’s zabaleen, whose family has worked in waste management for years. “But there’s too many of us, disconnected in different areas with a bit of general distrust. So if I go on strike, someone else will go and collect from my area, without a doubt.”

Many zabaleen seem to have accepted that they will have to wait for legitimacy until the government’s contracts with multinational companies expire.

But instead of simply waiting around, zabaleen advocates and supporters, including Iskander and Naiem, have been working to prepare for a time when they will be officially recognized and endorsed by the government.

The Spirit of Youth has helped zabaleen from four different areas group together and form a syndicate for political representation, as well as independent companies — more than 40 thus far — that will be able to be contracted out with salaries and taxed during the process.

Workshops are also held on a continual basis to teach the zabaleen how to do important tasks, such as drafting contracts and creating billing sheets, and how to improve the recycling system by learning how to recognize and responsibly recycle hazardous materials, such as medical and electronic waste.

“We have basically negotiated that, once the multinational companies’ contract ends, we will be ready to be legitimately employable as a comprehensive workforce,” says Naiem. “And of course we will continue lobbying persistently until that date, because I believe we are already ready, and have been for a long time.” 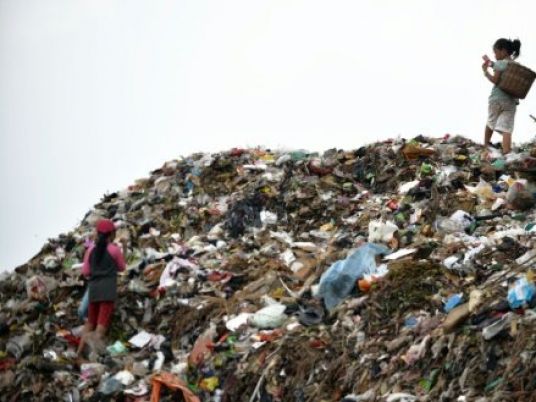 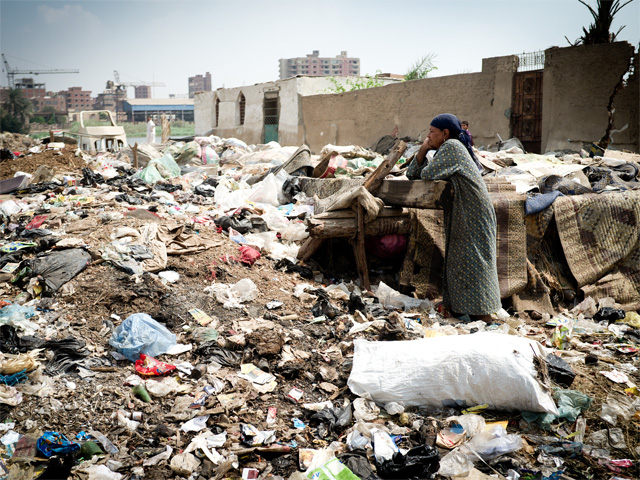 Beware of the garbage collectors’ war against the state and society

Poll: 85% of Egyptians for appointing lower-class in the judiciary