Egypt is among the top five banking markets in Africa in terms of growth and profitability, according to a study by management consulting firm McKinsey and Company.

Meanwhile, Africa has emerged as the world’s number two banking market in terms of growth and profitability.

Factors like low banking penetration and income levels, and cash based economies are key obstacles to the development of Africa’s banking sector. However, according to data collected from the performance of 35 of Africa’s leading banks, and surveys of banking executives and customers, the McKinsey report says that the number of banked Africans grew from 170 million in 2012 to nearly 300 million last year.

“Globally, the banking industry is facing disappointing returns and sluggish growth…Africa’s banking sector provides a refreshing contrast. Its markets are fast-growing and nearly twice as profitable as the global average.”

“These markets have higher branch penetration—17 branches per 100,000 adults, versus the African average of five. They also have higher credit bureau penetration of 22 percent of adults, double the African average. Retail banking tends to be a higher share of the revenue pool in these markets, and more sophisticated financial services such as asset management and mortgages are also more prevalent. This is partly because the share of adults earning more than USD5,000 per annum is higher at 51 percent on average, versus 15 percent for Africa as a whole,” the report says.

The report also projects that around 60 percent of total retail revenue growth in the next five years will come from Egypt, Morocco, South Africa, Ghana, and Nigeria. 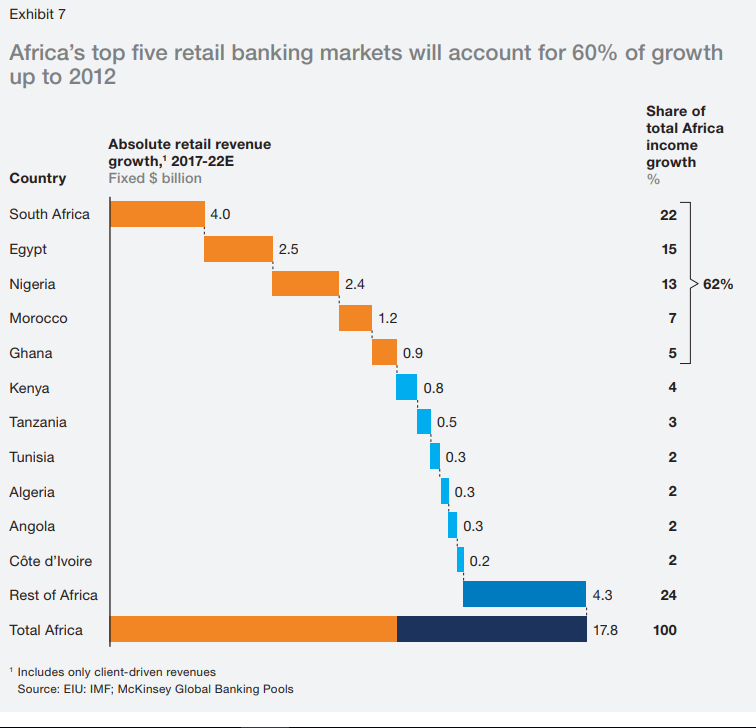 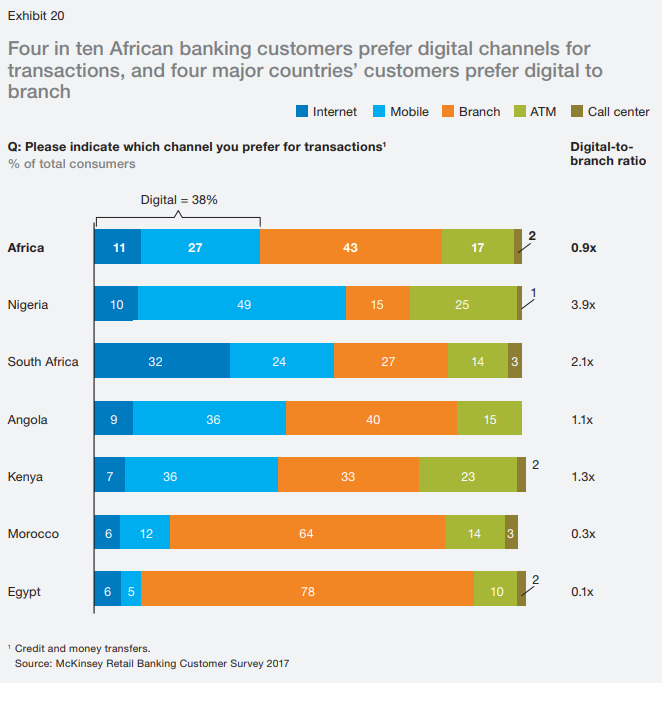 Even though only 15 percent of Africans had annual income above USD 5,000 last year, McKinsey’s research indicated that nearly 70 percent of retail banking revenue growth through 2025 will come from customers earning between USD 6,000 and USD 36,000.

Additionally, the report points out that heavy staff costs and labor-intensive, paper-dominated processes hold back productivity, adding that credit risk still remains a concern, with non-performing loans accounting for more than 5 percent of African banks’ portfolios.