Egypt's main state wheat buyer, the General Authority for Supply Commodities (GASC), said on Thursday it had at least five months' worth of wheat stocks and expected an additional two months' supply once the local harvest season ends.

Asked about unapproved genetically modified wheat found growing on a farm in Oregon, Abdel Fattah said: "Until now we have no fears. But we will study the Oregon wheat matter and see what the latest developments on it are." 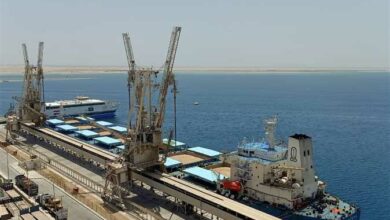