The Ministry of Interior announced it has opened several civil register offices, extended working hours in some civil status registries offices and activated automated services in several malls – all in order to improve services provided to the public.


In a Sunday statement the ministry explained that: “In order to complete what has been accomplished during the previous period, it was decided to open and extend work  at some (civil) registries, as well as to develop some services starting tomorrow, Monday. Work will be extended at some (offices) as a fourth phase until nine pm.”

Offices where working hours will be extended include:

The Ministry of the Interior added the working hours at the translation department in the sector’s general office has been extended until nine pm.

The ministry continued: “The automated translated documents service is now available at the following sites:

The headquarters of the Civil Status Police Department is in Port Said.

The Marsa Matrouh Governorate Information Center was also opened and currently issues birth, death, marriage, and divorce certificates for the people of the governorate using the national ID database, separated from the Alexandria Information Center as was the case before its inauguration. 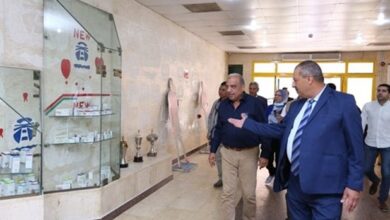