Top Trump administration officials will hold a rare briefing on Wednesday at the White House for the entire U.S. Senate on the situation in North Korea.

All 100 senators have been asked to the White House for the briefing by Secretary of State Rex Tillerson, Secretary of Defense Jim Mattis, Director of National Intelligence Dan Coats and General Joseph Dunford, chairman of the Joint Chiefs of Staff, said White House spokesman Sean Spicer on Monday.

While administration officials routinely travel to Capitol Hill to address members of Congress on foreign policy matters, it is unusual for the entire Senate to go to the White House, and for all four of those officials to be involved.

Wednesday's briefing was originally scheduled for a secure room at the Capitol, but President Donald Trump suggested a shift to the White House, congressional aides said.

Washington has expressed mounting concern over North Korea's nuclear and missile tests, and its threats to attack the United States and its Asian allies.

Trump, who called the leaders of China and Japan during the weekend, told U.N. Security Council ambassadors on Monday that "the status quo" is not acceptable, and said the council must be ready to impose new sanctions.

Congressional aides suggested the briefing was being held at the White House to underscore the message to North Korea that Washington is serious about wanting a shift in policy.

A senior Trump administration official said the flurry of activity around North Korea was "not a part of something choreographed" and cautioned against over-interpretation.

Senators said they were happy to be hearing from the White House.

"It's (the location) their choice," said Senator Ben Cardin, the top Democrat on the Senate Foreign Relations Committee. "I hope that we hear their policy as to what their objectives are, and how we can accomplish that hopefully without dropping bombs."

Republican Senator Lindsey Graham said the administration should be telling senators it had a "red line," if it has one. "By 2020, if nothing changes inside of North Korea, they'll have the technology, they'll have a breakthrough, to develop an ICBM (intercontinental ballistic missile) that can reach America. I hope this president will say that's a non-starter," Graham said.

Aides said they were working with the White House to schedule a similar briefing for the House of Representatives. 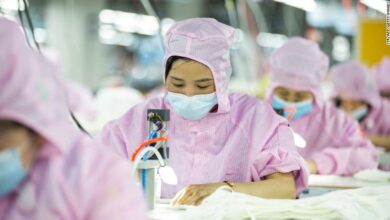