Fans hoping to get a glimpse of what HBO's "Game of Thrones" has in store for its anticipated next season were left in dark at San Diego's Comic-Con on Friday, as the cast kept tight-lipped on the fate of their characters.

Instead of footage or announcements for the new season, fans were shown a montage of "Game of Thrones" popping up in various other shows including "The Simpsons" and "Sesame Street," and a reel of the cast's audition tapes.

"Game of Thrones," based on the "A Song of Ice and Fire" books by George R.R. Martin, has become HBO's most-watched series, with 20 million viewers tuning into season 5 this year across HBO's TV and on-demand platforms.

In the past season that concluded last month, fans saw the leaders of the realms of the mythical Westeros continue fighting wars for the Iron Throne, with shocking moments including a brutal rape, burning a child, the rise of the zombie-like army of White Walkers and a fire-breathing dragon.

Turner, who plays Sansa Stark, spoke about her character's rape by the villainous Ramsay Bolton, a scene that divided fans and critics who felt the show may have gone too far.

"There's one thing that Sansa still is, despite what's happened to her, which is strong," Turner said.

Executive producer Carolyn Strauss addressed criticism that the show puts its female characters through torturous scenes, saying it was fitting for the time period of the show.

"At that mythical time when the show takes place, things were not great for a lot of people, male and female," she said.

Christie, who plays Lady Brienne of Tarth, said it was refreshing and "long overdue" to have a character like hers that was sexualized.

"Game of Thrones" concluded the fifth season with the death of one of its leading characters, Jon Snow, played by Harington.

But fans are speculating Snow will return, citing recent appearances by Harington in public still sporting the longer hair his character wears as proof that he will be back. 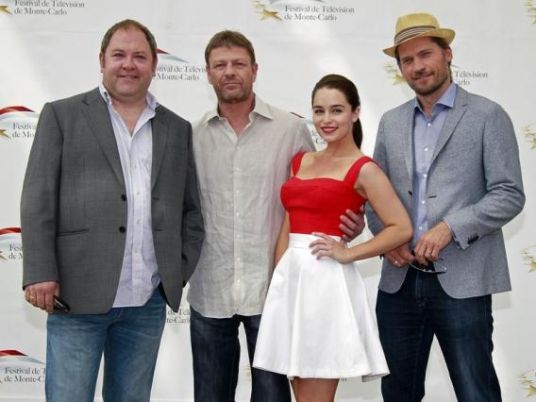 6 key questions ahead of ‘Game of Thrones’