After the recent brutal crackdown on protesters in front of the cabinet by military forces, some are taking it upon themselves to deliver the message to those who are unaware of the infamy that took place at the time.

The recent “3askarKazeboon” (the military are liars) campaign has attracted much attention from pro-democracy and human rights voices on the blogosphere, streets, squares and thoroughfares of Egypt. Aside from its main goal, to expose the military generals’ atrocities, it also implicitly highlights the importance of public space and its use to voice political dissent. In the current political context, the campaign stresses that it is bringing alternative media to citizens who are only touched by the poisonous tentacles of state media and popular uninformed discourses on the events that took place in front of the cabinet.

Their mission is simple and easy to carry out: all you need is a projector, a screen and the trove of videos, graffiti stencil models and pictures of human rights abuses that the campaign has made readily accessible to anyone. All that remains is to hype the event on Twitter and Facebook.

The campaign boasts of being a completely decentralized movement with no hierarchy, placing the brunt of the job on indignant citizens who can independently host a screening of military atrocities in their homes, neighborhood cafes and gardens. In their “famous disclaimer,” which they tweet over and again, there is a reminder that “the campaign has no coordinators, it is public property and anyone has the right to display a screening without having recourse to anyone (from the campaign).”

Usually the event starts out with a screening of the videos followed by marches that go through many streets and squares. Citizens hold pictures and distribute campaign website stickers and flyers to bystanders, passing cars and pedestrians. This is usually accompanied by conversations and debates with skeptical and curious citizens. The campaign has penetrated the entire country, with remarkable speed and frequency of marches and screenings — sometimes there are as many as four different events a day. The campaign has also reached the outskirts of Cairo, with screenings in Tagammu al-Khames (New Cairo) and 6th of October City.

The generals’ hands are tied, as they know that they will not be able to crack down on those marches and congregations as comfortably as Mubarak did. The difference is that the Supreme Council of the Armed Forces can’t afford the ramifications that cracking down on this popular campaign would entail, namely an aggravation of criticism by the independent media, press and social media platforms. In practical terms, it is challenging for the generals and security apparatuses to quell such a decentralized and numerous “Kazeboon” events.

However, this campaign hasn’t been met with flowers and cheers all the time and it is simple to see why.

SCAF knows that it is facing a considerable amount of popular discontent and is ready to ask for support from what the generals have repeatedly referred to as the “honorable citizens,” most probably those who have been affected by state media rhetoric and have bought into false claims that the ‘Tahrir hippies’ are foreign funded and determined to wreak havoc on the country.

Consequently, there have been some shows of discontent, and occasionally violence, against the “Kazeboon” campaigners by those SCAF-supporters dubbed “honorable citizens.”

This tension shows a growing rift, which is taking place on the ground and on the level of public discourse, between those who see stability and security as being tantamount to SCAF’s hold over power and those who create and participate in events such as “Kazeboon,” and anti-SCAF activities and protests in general.

Nonetheless, the ingenuity of “3askarkazeboon” is in the campaign’s understanding of a sacred trinity that’s very relevant to social movements in general and the current political context in Egypt: the use of public space, decentralization and absence of hierarchy over the organizational structure and finally, a strong attempt to bring alternative media to a large audience of those who may be brainwashed by pro-SCAF state media or simply unaware, apathetic, or disenfranchised.

A year after the initial uprising, we are still drenched in a war of information. It is unfortunate that there are some who believe that the revolution is over. However the truth of the matter is that we are still struggling against a state and a system that refuse to raze the establishment of exerting power through violence. Alternative media, strategic use of public space, civilian marches, and the internet are the only tools that the revolutionary force has at its disposal to affect change. A gratifying note is owed to “Kazeboon,” “Mosireen,” “No to Military Trials” and similar groups and movements for knowing exactly how to use these tools that citizens need to keep the power of the state in check. It is because of their combined efforts that we can safely say that the “generals are Kazeboon.” 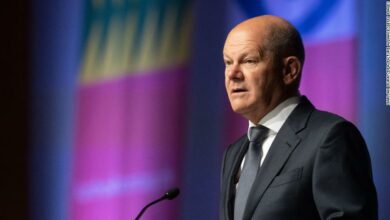 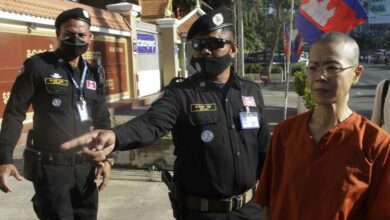 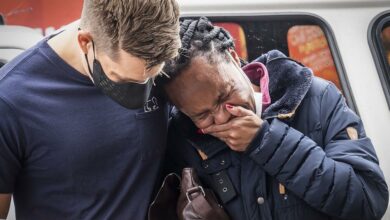