Belgian police were Wednesday investigating how a gunman on their own watchlist for contacts with Islamist extremists came to launch a brazen suspected terror attack, shooting dead two female officers with their own weapons before killing a bystander.

The bloodshed in the eastern industrial city of Liege began around 10:30 am (0830 GMT) Tuesday when the attacker armed with a knife repeatedly stabbed the two policewomen before using their own firearms to kill them.

Federal prosecutors said they had launched a terror investigation into the incident and would hold a press conference later Wednesday.

Amateur footage picked up by AFP showed the gunman shouting “Allahu Akbar” (“God is greatest”) as he walked through the streets during the rampage.

In another video, a short and intense burst of gunfire is audible, after which the man lies on the ground.

“Armed with a knife, the suspect followed and attacked two police officers, and used their own firearms to kill them,” prosecutor Philippe Dulieu told a news conference.
“He continued on foot, attacking a parked vehicle where he opened fire on a 22-year-old man in the passenger seat. The young man died.

“He then continued and entered the Leonie de Waha school. He took a woman working there as hostage. Police intervened, he came out firing on the police officers, wounding several before he was killed.”

Belgium remains on high alert after a string of attacks including twin suicide bombings in Brussels in 2016 claimed by the Islamic State group.

A source close to the investigation told AFP that the gunman was on a special police watchlist because of his contacts with radical Islamists.

The source named the attacker as Benjamin Herman, born in 1982, saying he had past convictions for robbery, violence and drug dealing.

Herman was “already on the run” after committing another murder on Monday night in the town of On, in southern Belgium, the source said, though local prosecutors said they have not yet established a link with the Liege incident.

Belgian broadcaster RTBF reported he had been released from prison on Monday.

“He is suspected of having been radicalised (in prison)… He has been reported or presumed to be belonging to the entourage of an Islamist recruiter,” the source said on condition of anonymity.

Liege police chief Christian Beaupere said it was “clear that the assassin’s objective was to attack the police”. One of the four officers wounded had suffered a serious leg injury, he added.

Liege, a major city in Western Europe’s former industrial heartland, was the scene of another bloody shootout in 2011 when a former convict killed six people and wounded more than 120.

Prime Minister Charles Michel denounced what he called the “cowardly and blind violence” of Tuesday’s attack.

“All our support for the victims and their loved ones. We are following the situation with the security services and the crisis centre,” Michel tweeted.

There was support from other European countries, with French President Emmanuel Macron condemning the “terrible attack” and expressing the “solidarity of the French people”.

British Prime Minister Theresa May said the UK “stands resolute with our Belgian allies against terror”.

A major security cordon was set up around the area, while panicked parents came to collect their children from the school complex.

The governor of Liege province said all the children and staff were safe and unhurt.

“All the children are fine, those of the primary and kindergarten saw nothing, they were evacuated through the back of the school,” Julie Fernandez, mother of a seven-year-old at the school, told AFP.

Belgium has been on high alert since authorities in January 2015 smashed a terror cell in the town of Verviers that was planning an attack on police.

The cell also had links to Abdelhamid Abaaoud, the mastermind of the November 2015 Islamic State attacks on Paris that killed 130 people.

Belgium further raised its terror alert level after the Paris attack and placed the capital Brussels on lockdown for a week.

IS suicide attacks then targeted Brussels airport and a metro station, which killed 32 people in March 2016.

In August that same year, a machete-wielding man shouting “Allahu Akbar” attacked two policewomen in the industrial town of Charleroi before being shot dead.

The country’s law enforcement agencies and intelligence services came under intense scrutiny for apparently missing a series of leads after the Paris attacks that could have led to the Brussels bombers. 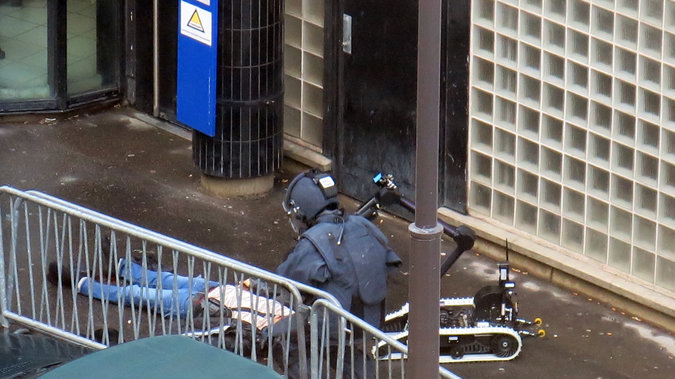 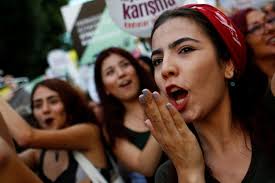