Ukraine will be represented at the signing of the agreement on facilitating grain exports by Infrastructure Minister Oleksandr Kubrakov, his press office confirmed to CNN.

The agreement between Russia and Ukraine, mediated by Turkey and the UN, is due be signed in Istanbul later Friday.

The deal would provide for the safe transport of crucial grain exports from Ukrainian ports, which have been blocked by Russia as its war on Ukraine continues.

Western officials have accused Moscow of “weaponizing” food supplies, with leaders and experts warning of a catastrophic food crisis due to the inability of millions of tons of Ukrainian grain to reach the global market. 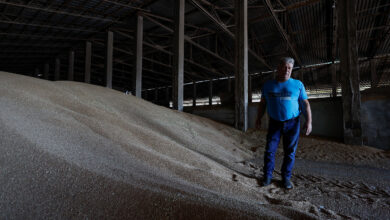 Ukraine’s grain export crisis is escalating. Here’s what you need to know