Twenty-two rescue teams, 10 ambulances and three helicopters were deployed after five train cars derailed at 5.30 a.m. local time near the city of Tabas. The injured were transported to nearby cities for treatment, according to state media. 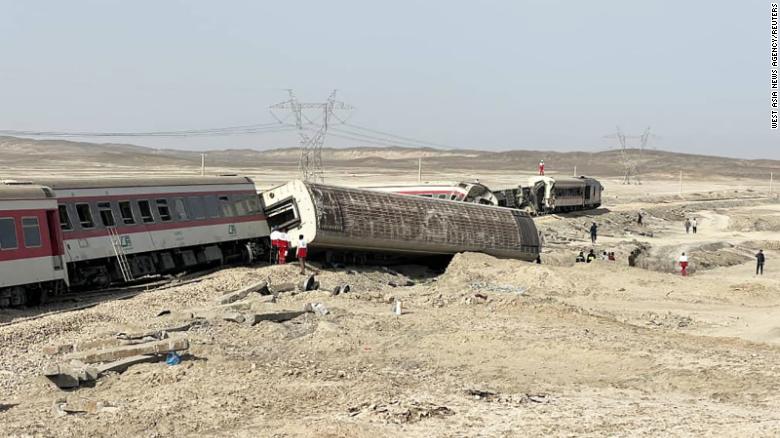 The death toll is expected to rise due to the severity of the injuries, Iranian state media outlet IRNA quoted south Khorasan governorate official Seyyed Abolhassan Mirjalili as saying.

The train was carrying 348 passengers when it collided with an excavator on the rail, IRNA said. It had been traveling to the city of Yazd, according to Reuters.

Aerial footage published on the Iranian Red Crescent’s social media showed the cars on their side in the desert.

The incident comes almost two weeks after a 10-story commercial building collapsed in the city of Abadan, killing 41 people and sparking anti-government demonstrations across Iranian provinces.

Iranian security forces arrest a woman for eating at restaurant in public without her hijab, family says

Iranians are risking it all to protest. Their families say some of them aren’t coming home

‘Hostages’ covers the Iran Hostage Crisis from all angles, including then to now