With a stroke of a pen, the Presidential Elections Commission managed to disappoint and deeply frustrate many Egyptians.

For after the revolution, there has been an increasing demand in the street for a “macho” president, one who can get a firm grip on the country.

But the commission excluded all macho candidates from the race and kept only the wussies.

This was certainly good news for the junta, who got rid of frightening characters like Omar Suleiman, Khairat al-Shater and the extremist Hazem Salah Abu Ismail, leaving the weak candidates who could be swept easily.

I have just returned from a trip to Brazil, where I attended a workshop on relations between civilians and the military in Latin American countries, which 40 years ago resembled our situation today.

Back then, they had military regimes that suppressed the opposition and dominated all economic resources. But they succeeded in getting rid of those regimes and brought themselves some macho presidents.

First, I will tell you about how the people of Latin America elected their civilian leaders, and how those legendary presidents pushed the military back to their barracks and punished them for their crimes. Then, I will talk about the crisis of an absence of a macho presidential candidate in Egypt.

In general, military rule kills all its opponents, does not mind destruction in order to maintain its existence and does not care much for the poor or those who sympathize with them.

The military rule in Latin America rose with the help of the United States during the Cold War in the middle of the last century. At the time, the United States did not want the people there to elect governments that would call for social justice and equity for farmers, or try to undermine the influence of the capitalist American companies.

Fearing that those leftist governments might ally with its enemy the Soviet Union, the United States connived with the armies of those countries to carry out military coups and bring to power conservative generals loyal to America.

Argentina was a severe and intractable case of military rule that came to power in 1976 and lasted for 13 years, creating an armed resistance that decided to fight violence with violence.

Thousands of opponents, or rather state enemies, as the junta preferred to call them, either disappeared, were tortured or killed. Among them were students, journalists, workers, university professors or anyone who was considered a leftist for defending the poor.

The army used to raid the cities, kidnap the opposition groups, take them in helicopters and drop them in the river that separates Argentina from Uruguay. The junta systematically suppressed the Argentine workers of American and European automobile factories, such as Ford, Peugeot, Fiat and Mercedes to please the owners of those factories.

Leftist activists sympathized with those workers and one day kidnapped and killed the American and foreign managers of one such factory who were friends with the junta.

Although the US administration ostensibly condemned the junta of Argentina for violating human rights, Congress granted them significant financial and military aid.

The economy collapsed, and in order to distract the attention of the public from the bloodshed and the suffering, the junta waged war on Britain over a disputed piece of land, expecting the United States to stand by them, but it stood by the British, and the military rulers lost both the war and their credibility.

Finally, they had to leave and let the people elect their first civilian president, Raul Alfonsín, in 1983. He was strong from the very beginning, making the punishment of the army for its crimes a central part of his election platform and restoring the rights of the victims immediately after assuming office.

Yet he pardoned the low-ranking officers, who were only carrying out orders, as they threatened to revolt against the civil state, and ordered compensation for the families of all those who disappeared during the military rule. He has thereby maintained the stability of the state.

Brazil has a slightly different story. The army came to power with a coup against an elected leftist president in 1964 and stayed for 20 years. They were resisted by leftist students, who once kidnapped the US ambassador for his complicity with the repressive regime.

But the junta of Brazil was not as violent or bloody as that of Argentina. Only a few hundred disappeared from the opposition, or were killed during military rule. That is why neither the first elected civilian president nor the people cared to punish them harshly. They sufficed with disbursing compensation to the victims and putting the army under the authority of the president, as was stipulated in the constitution.

Can you imagine a woman replacing Sami Anan? This happened in Brazil. Luiz Inacio Lula de Silva was the elected macho president from the Labour Party who dismissed the Brazilian chief of staff on corruption charges and appointed a woman in his place, Dilma Rousseff, who had taken part in the guerrilla war against the military regime and was arrested, tormented and beaten for two years.

Specialized in economics, not tanks, Rousseff stayed in office for five years, until she became president last year, nominated by the leftist Workers' Party.

Under her presidency, Brazil is rising from a poor country to an advanced industrial nation that paid back all its debts to the International Monetary Fund.

Today, the role of the Brazilian army is to secure football matches and help the police stop crime. It also runs certain specialized educational institutions, such as the Institute of Aviation Technology, and helps in building roads and bridges and with health projects.

Let me now tell you Chile’s funny story. Its last dictator, General Pinochet, tried to retain immunity for himself and the army, but failed. The army ruled Chile from 1973 until 1990, during which period Pinochet passed a law that granted amnesty for the military. He applied a neo-liberal economic policy after the American model that favored the businessmen. And his fortune amounted to billions of dollars.

After handing over power to an elected president, Pinochet retained for himself the post of Supreme Commander of the Armed Forces, kept for himself a seat in parliament for life and diminished the government’s role in monitoring the budget of the army. He remained a free man for several years until a macho president, a leftist lawyer and economist, put him under house arrest and brought him to trial.

Now let us go back to Egypt. After the exclusions of the Presidential Elections Commission, we have no macho candidate as such. No one can face the military. No one is qualified or has regional and international financial contacts like Shater, for example, or influence within the state security institutions and foreign relations like Suleiman. And no one has hundreds of thousands of followers willing to die for him like Abu Ismail.

From the junta’s viewpoint, the remaining candidates conveniently lack the power at home and abroad to threaten the military’s privileges.

If the elections do take place at all, the junta will congratulate the winner, whoever he is, and go sit back on their fat seats.

The late satirical Galal Amer once said: “No candidate is well-liked after the withdrawal of ElBaradei.”

The macho has withdrawn from the race.

Zeinab Abul Magd is a historian. She teaches at the American University in Cairo. 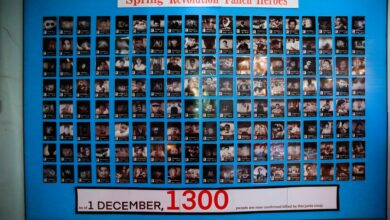 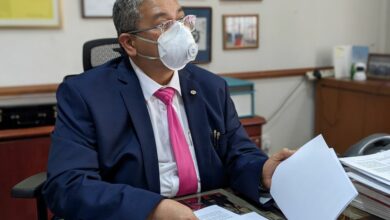