Facebook Twitter LinkedIn
After 150 years of its first arrival at the port of Alexandria, President Abdel Fattah al-Sisi will sail on board the Al-Mahrousa royal yacht to announce the inauguration of the New Suez Canal, just as it was the first vessel to cross the canal in 1869 with Khedive Ismail on board.
Here below is information about the yacht taken from the Farouk Masr site:

4. It has a steam engine and is armed with eight small-caliber Armstrong cannons.
5. It sailed from the Thames to the port of Alexandria.
6. It consists of five floors. The basement includes the machinery, the boilers and the fuel tanks. The main floor includes the sitting rooms, the kitchens, the stores, the winter wing, the Pharaonic hall and a suite for princes and princesses. The first upper floor includes the anchorage, the cranes, the dining room and the smoking lounge. The top second floor includes the cannons, the winter and summer gardens, the summer wing and the blue lounge. The third floor includes the walkway and the life boats. And it has four elevators and a garage for the ruler’s car.
7. Its length was increased by 40 feet in 1872, the boilers were changed in 1894, the engine was renewed in 1905, a telegraph system was installed in 1912, the fuel was changed from coal to diesel in 1919, and it was renovated overall in Genoa in 1952. 8. Khedive Ismail used it to go to Italy in 1879 after he was removed from the throne.
9. Khedive Abbas Hilmi II also used it when he was exiled to Istanbul.
10. King Farouk used it on July 26, 1952 to go to Italy after he was removed and forced to abdicate for his son, Prince Ahmed Fouad II.
11. The Shah of Iran, Mohammed Reza Pahlavi, came on board the yacht to Egypt to marry Princess Fawzia, the sister of King Farouk, in 1939.
12. Cadettes of the Egyptian navy trained on it from 1955 until 1973.
13. Late Saudi King Faisal was on board of it during a naval training maneuver in 1974.

14. Sadat witnessed from it the second opening of the Suez Canal on June 5, 1975.
15. It sailed to Jaffa while Sadat signed the peace treaty with Israel.

16. It was the first vessel to cross the Suez Canal in 1869, carrying Empress Eugenie of France and wife of Napoleon III, the Emperor of Austria, Francis Joseph, the Crown Prince of Germany, Prince Frederick, and the prince and princess of Holland.
17. It has an old piano that Empress Eugenie gave Khedive Ismail as a present and played it for him on board the yacht. 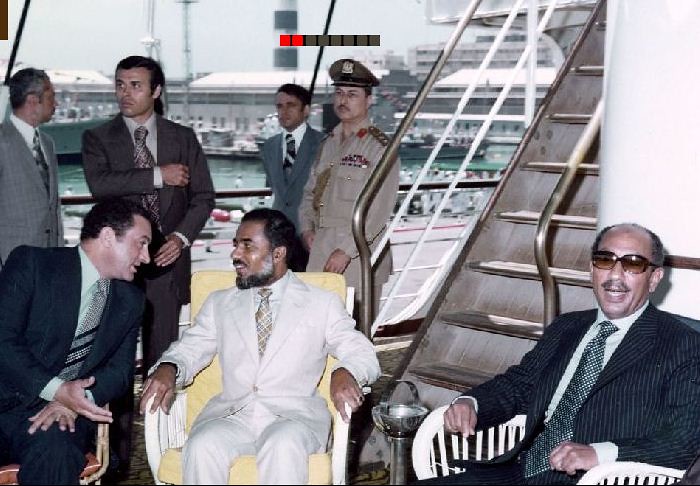 18. It contains silver artifacts, crystals, ceramics and Chinese carpets that date back to the 18th century.
19. Important meetings of rulers were held on board the yacht.

20. It was favored by President Sadat, the Egyptian ruler who used it most.
21. It is the seventh largest yacht in the world, according to Boats International magazine, after the yacht Prince Abdulaziz that was owned by Saudi King Abdullah.
22. After deporting King Farouk, its name was changed to Al-Horreya (Freedom). 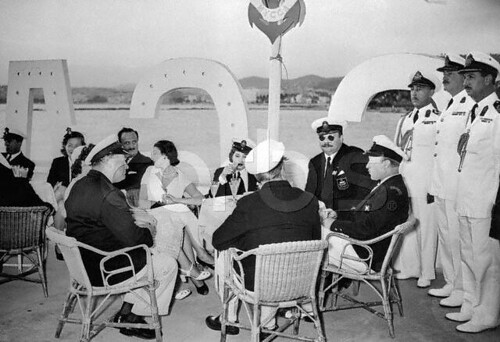 23. It has sailed a total of half a million nautical miles in different seas and oceans.
24. It is the oldest armed yacht in the world.
25. President Abdel Fattah al-Sisi will use in on August 6 to inaugurate the New suez Canal.
Edited translation from Al-Masry Al-Youm
Tags
Al-Mahrousa