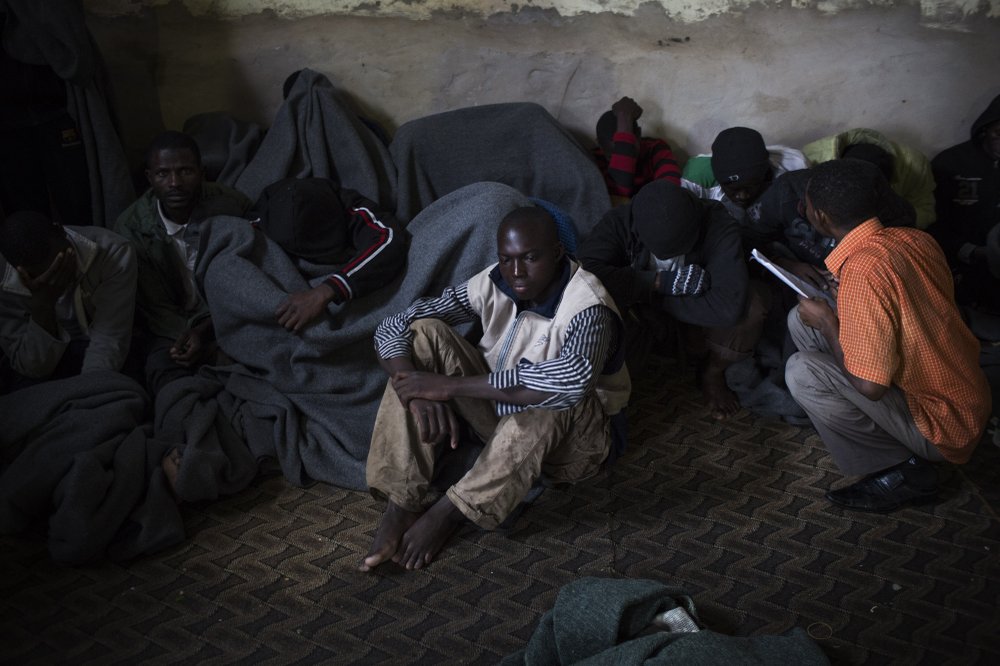 CAIRO (AP) — Libyan authorities say they have raided a secret prison in a southeastern city used by human traffickers and freed at last 156 African migrants – including 15 women and five children.

The raid in the city of Kufra took place on Sunday after a migrant managed to escape a house-turned-prison last week and reported to authorities that he and other migrants were held and tortured by traffickers there, the Kufra security bureau said.

Security forces arrested at least six traffickers and referred them to prosecutors for further investigation, the bureau said.

The migrants, who are from Somalia, Eritrea, and Sudan, were freed and taken to the shelter center where they were given food, clothes, and blankets.

The raid shows the perils that refugees and migrants face in conflict-stricken Libya, which has emerged as a major transit point for African and Arab migrants fleeing war and poverty to Europe.

Libya has descended into chaos following the 2011 uprising that toppled and killed longtime dictator Moammar Gadhafi. The country is split between rival administrations.

Traffickers have exploited the chaos and often pack desperate families into ill-equipped rubber boats that stall and founder along the perilous Mediterranean route.

Thousands have drowned along the way, while others have ended up detained in squalid smugglers’ pens or crowded detention centers.

In this November 29, 2013 file photo, migrants cover themselves with blankets in a detention center in the Abu Salim district on the outskirts of Tripoli, Libya. (AP Photo/Manu Brabo, File)