Egypt’s Muslim Brotherhood has been buffeted by a seemingly endless series of changes and blows over the past few years. No sooner had the organization begun to recover from a controversial leadership election that ended 20 January than the regime detained some of the new senior leaders—including Deputy Supreme Guide Mahmoud Ezzat and Guidance Bureau members Essam el-Erian, Mohie Hamid, and Abdel Rahman el-Barr—in uncharacteristic midnight arrests on 8 February. The regime directed an unusual and surprising accusation at the three: attempting to form an organization based on the teachings of Brotherhood radical Sayyid Qutb (executed in 1966), with armed units intending to carry out militant operations inside Egypt. This was an apparent attempt to capitalize on the new leadership’s association with Qutb, whose ideas are generally deemed extremist, and to remind Egyptians of the Brotherhood’s past use of violence.

The combined effect of the arrests and the elections, coming on the heels of continuous regime attacks on the Brotherhood’s leadership and finance during the past four years, is to push the organization in an increasingly conservative and defensive direction. The Brotherhood’s internal divisions and problems are now exposed for all to see, and real changes in the way the group functions may be underway. Relations between the Brotherhood and the regime, poor for the last several years, might also be taking a decided turn for the worse.

The January elections empowered conservative members who are deeply influenced by the Salafi-style political thought of Qutb. New Supreme Guide Mohamed Badie, who was imprisoned with Qutb, is a prime example. This conservative faction is more interested in working from within to cultivate a strong, disciplined movement than in engaging with other political forces and intellectual currents in Egyptian society. This faction places a high premium on the spiritual education and social upbringing of the movement’s base, rather than on developing a comprehensive reform program that would appeal to a broader audience.

The Brotherhood begins its new chapter having lost almost an entire faction that was committed to a dialogue with other social and political forces, and capable of building alliances with them. Although reformists never had a strong organizational presence and were unable to penetrate all of the movement’s organizational levels, there were a few major reformists in the Guidance Bureau—for example Abdel Moneim Aboul Fotouh and Muhammad Habib—who lost their seats in the latest elections. Essam el-Erian has been known as a leading reformist, but his recent election to the Bureau reportedly was due to a deal with the conservatives in which he disassociated himself from his reformist colleagues. The disagreements between conservatives and reformists had escalated to the point that some candidates filed official complaints challenging the integrity of the process by which the new guide and bureau were elected. Some have refused to endorse the new guide.

Indeed, the elections precipitated an internal debate that threatens to produce a significant internal rift akin to the one that took place in 1996, when a group of young Brotherhood leaders left the movement to form the (still unlicensed) Wasat Party. The elections are also likely to set off a campaign to purge the Brotherhood of reformists. The movement will need time to restore internal harmony and overcome deep internal rifts, an unusual development for a group that had long succeeded in keeping such differences a private matter.

Changing Role for the Guide

Another notable internal change in the Brotherhood is the end of the era of charismatic Supreme Guides; the post has changed from a revered spiritual and symbolic position to one that is strictly administrative. Former Guide Mahdi Akef’s tenure raised some concerns, as Akef–a simple person with a tendency to overreact–made several political mistakes and media blunders. Akef’s age (82) and status as a member of the founding generation have nonetheless guaranteed his standing as an icon for younger generations, especially outside of Egypt. There were no more contestants from the founding generation of the Brotherhood, however, which led to intense competition over the post of Supreme Guide and controversy over the results.

Despite the extensive changes in the Brotherhood’s leadership, the group’s major strategic choices–renouncing violence as a tool, participating in politics, adopting a gradualist approach–are unlikely to shift suddenly. The Brotherhood made those choices over the course of three decades; all factions of the movement were involved, and the group’s social base supports them. The Brotherhood has long been known for its pragmatism and steadiness, and it will take years for effects of the current ideological reorientation to become clear.

As a result, the Brotherhood is expected to try to participate in all elections this year, including those for the Shura Council in May and People’s Assembly in November. The fact that the Brotherhood constitutes the largest parliamentary bloc (88 out of 444 elected seats) after the ruling National Democratic Party also means that the new leadership will have no choice but to contest elections; otherwise it will face accusations of retreat. Engaging in a strong battle with other forces might also help the group regain its internal cohesion.

While the Brotherhood will continue to participate in politics, however, substantive changes are likely to appear in the group’s political platform. The conservative turn probably means that the Brotherhood will be less receptive than in the past to dialogue about and criticisms of its program—for example, its refusal to accept the nomination of women or Copts to the presidency—from other political forces.

The Brotherhood’s likely loss of flexibility and ability to make common cause with other political and intellectual forces will enhance the regime’s attempt to contain the group and prevent the emergence of any broad opposition front. The change will not hurt the Brotherhood’s support base in Egypt, which favors conservative views and apparently desired a more conservative leadership. While this reorientation might have resulted in a Brotherhood more manageable for the regime, the recent arrests also open up the possibility of a new, more confrontational chapter between the two.

This article is republished courtesy of the Arab Reform Bulletin, which is issued by the Carnegie Endowment for International Peace. Husam Tammam is an Egyptian researcher on Islamist movements. Dina Bishara translated this article from Arabic.

Photos: Three-dimensional Roman life in the Pergamon Museum in Berlin 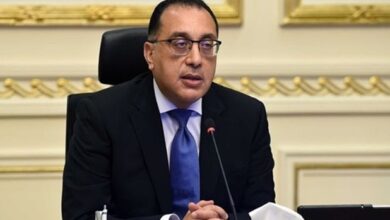 PM follows up on Culture Ministry’s participation in ‘Decent Life’ 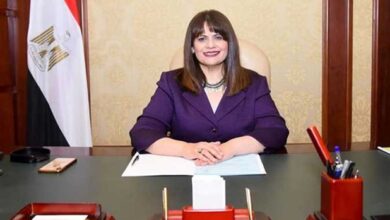