Facebook Twitter LinkedIn
Housing, Utilities and Urban Communities Minister Mostafa Madbouly announced the second project that will be put forward to investors during the Sharm el-Sheikh economic conference in March. The new project consists of the highest tower ever constructed in Egypt, at 200 meters high, and will be located in the west Giza governorate.
This tower is planned for Sheikh Zuwayed City and will be dubbed "Zuwayed Crystal Spark." As part of a commercial entertainment project, the tower will be located in the southwest section of the city on the 26 July Corridor, where it will be easily accessible.
The plan will unfold in three parts; there will be an administrative and commercial area, a central amusement park, and the iconic tower, said the minister. The tower could reach up to 49 stories.
The project will be implemented ​over ​190 acres (798,000 square meters) and will be constructed in partnership with the New Urban Communities Authority as well as real estate companies.
The primary role of the Urban Communities Authority is to provide the land and extract the necessary licenses and permits for the project, in addition to providing infrastructure services, added Madbouly.
Investors, meanwhile, will be responsible for the development, design, funding and marketing of the project. The investor will have the right to add other activities or components to the project which he believes will result in better economic returns.
Edited translation from Al-Masry Al-Youm
Tags
economic summit March summit minister of housing Mostafa Madbouly 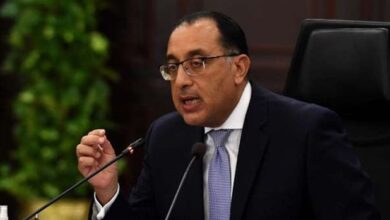