The Moroccan elections take place next Wednesday and will be the first time that newly formulated electoral rules apply, including one particularly contentious one.

In Morocco, rules on how elections are conducted are often amended before the event. Although the country’s King Mohammed VI holds the most power, Morocco has staged a national vote around every five years since 1993.

This year, amendments included changes to the quota for women and the end of a youth quota in the country’s 395-seat parliament. The latter had been introduced in the six months following February 2011’s Arab Spring-style demonstrations in the country to encourage more Moroccans under 40 into politics. 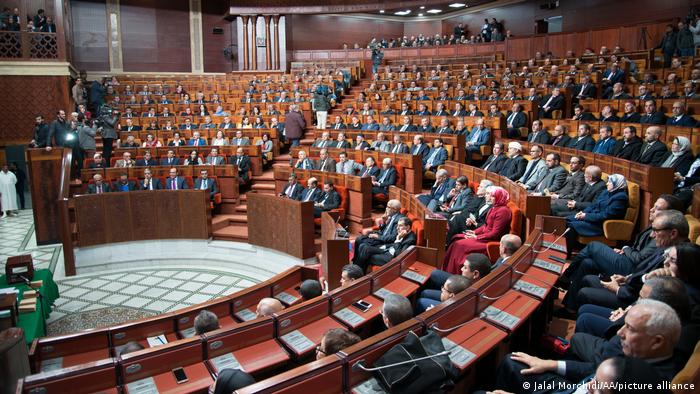 The most recent Moroccan parliament was 21% female, with 81 women politicians

It was one of several changes forming part of a reform of the constitution that was initiated by the Moroccan monarchy. The reform took the steam out of popular protest movements that began in 2011.

But by far the most controversial new rule for these upcoming elections has been a change to what is known as the electoral quotient.

This year’s amendment means that seats in parliament will be distributed based on the total number of eligible voters instead of the number who did actually vote. No other country calculates election results like this, analysts said.

“It will be theoretically impossible for any party to gain more than one seat per constituency,” Rania Elghazouli, a Rabat-based researcher explained in a post on the Friedrich Naumann Foundation’s website in June. “No political party will be mathematically able to exceed 100 seats in parliament, making it very difficult to have a clear winner.” 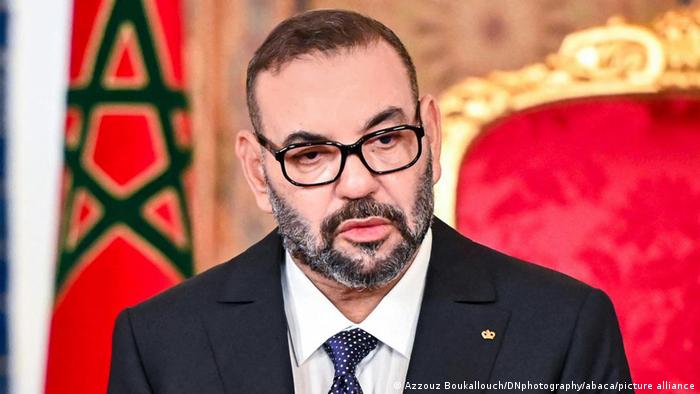 The moderate Islamist political party that has had the greatest success in the last two elections, the Justice and Development Party (PJD), is likely to lose as much as a third of its seats compared to 2016 results. But smaller parties will get more of a chance to get into parliament, and others — including the PJD’s main competition, the monarchy-friendly Authenticity and Modernity Party (PAM) — are likely to benefit too.

Morocco has, however, always had this kind of system, pointed out Mohamed Daadaoui, a political science professor at Oklahoma City University in the US who specializes in North African politics. The Moroccan monarchy “confines, constrains and plays divide-and-control” with the country’s political parties to ensure that it always has the final say, he told DW.

“Nobody could ever win the majority of seats in the Moroccan parliament because of the way that districts are drawn,” Daadaoui said. “You always have to have a plurality, which means you will be forced to enter into a coalition government of un-likeminded political parties. The changes to the electoral coefficient make things even more difficult.”

“These elections are not really going to change much in the political trajectory of Morocco,” Daadaoui concluded. “They’re just there to legitimize the existing regime and the system. They’re done in such an electorally engineered and controlled way that this isn’t really about who wins or doesn’t.” 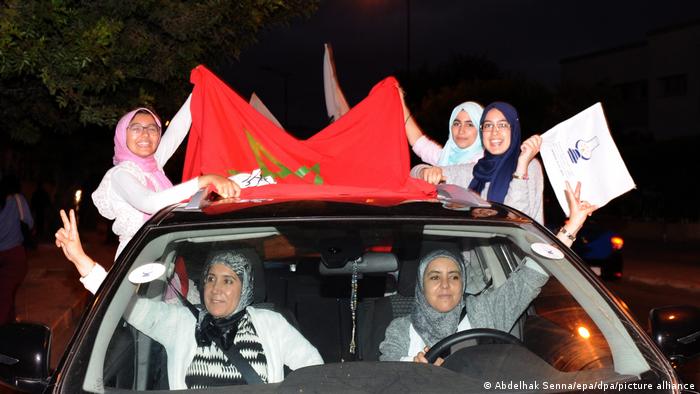 Supporters of the PJD, which is regularly Morocco’s most popular party

No trust, but no revolution

The US-based academic predicted that voter turnout in Morocco would be even lower than the 43 percent registered at 2016 elections, owing to disillusionment with the political system as well as the COVID-19 pandemic.

There isn’t any real polling in Morocco, but other related surveys back up this assessment.

In their annual Trust Index, the Moroccan Institute for Policy Analysis found that only 18 percent of the 1,400 locals they surveyed voted in the last elections and only 32 percent were thinking about voting this year. Additionally, 74 percent didn’t trust political parties and 70 percent didn’t trust the parliament.

Nonetheless, Daadaoui and others don’t believe the next elections will lead to any kind of violent unrest.

“Because this is not the first time that elections are not transformational for the country,” Daadaoui pointed out. “People know in advance that these are elections are limited and that they [the elections] are meant to maintain a certain facade.”

“When the Moroccan people go to vote in the election, they hope for change,” Khadija, a 28-year-old student from Rabat, told DW. “But in the end, we find that no big change happened.”

“We need deputies who work for the country, not only for themselves,” added Zakaria, a 38-year-old civil servant. “People are getting tired of repeating the same political experience that has achieved nothing.” 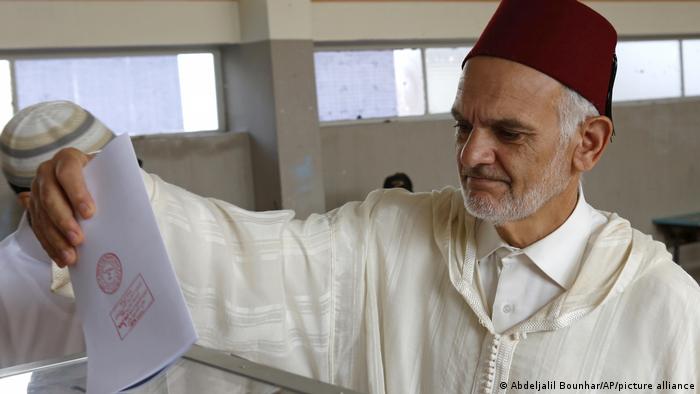 Because many voters don’t register, turnout in Morocco is actually even lower than 43%

“I haven’t really met anyone who expects major change in policy, although they do expect a change in the government,” confirmed Bauke Baumann, head of the German think tank Heinrich Böll Foundation’s office in Rabat.

But Baumann does see some positives in the upcoming vote. Although voter expectations are low, Baumann hopes that the government that eventually emerges will be able to act upon the country’s new development model, announced in late May this year.

This vision for Morocco’s future was commissioned by King Mohammed VI himself. It outlines ambitious goals, such as raising incomes, increasing private investment, taking better care of the country’s natural resources and raising the numbers of women in the workforce, as well as societal objectives such as reducing underage marriage and increasing social inclusion.

“It would be crucial for the new government to take action on the recommendations of this report,” Baumann argued. “That would be positive. The question is to which extent those recommendations can be implemented and, of course, it’s also very much a question of political will of the government and all other institutions, including,” he added, “those that are not elected.”

MAIN IMAGE: A citizen is seen casting her vote during Parliamentary elections in Casablanca.

Lebanon goes to polls in March as economic meltdown spirals