Facebook Twitter LinkedIn
Myanmar's democracy champion Aung San Suu Kyi moved closer to an absolute majority in the country's parliament on Wednesday and has made it clear she will wield it to run the country despite a constitutional ban on her becoming president.
Suu Kyi's opposition National League for Democracy (NLD) has won over 90 percent of the seats declared so far in the country's lower house and over 85 percent in regional assemblies and the upper house, a triumph that will reshape the political landscape.
Under the constitution drawn up by Myanmar's former junta, Suu Kyi is barred from the presidency because her children are foreign nationals, a clause few doubt was inserted specifically to rule her out.
But as the scale of her victory becomes clear, the Nobel peace laureate has struck an increasingly defiant tone on the charter's attempt to limit her power. In interviews on Tuesday she made it clear she would be calling the shots for a president chosen by her party, who would have no authority. She told the BBC she would be "making all the decisions as the leader of the winning party" and Channel News Asia that the next president would have "no authority".
The ruling Union Solidarity and Development Party (USDP), which was created by the junta and is led by retired soldiers, has conceded defeat in a poll that was a milestone on Myanmar's rocky path from dictatorship to democracy.
To form Myanmar's first democratically elected government since the early 1960s, the NLD needs to win more than two-thirds of seats that were contested in parliament.
Results so far gave Suu Kyi's party 135 of 149 seats declared out of the 330 seats not occupied by the military in the chamber. Under the junta-crafted constitution, a quarter of the seats in both houses are unelected and reserved for the armed forces.
The NLD has said it is on course for over 250 seats in the lower house. Reuters was not able to independently verify the party's estimates of its own performance.
While the USDP has suffered a big defeat and the establishment shaken by the extent of Suu Kyi's victory, the army remains a formidable power.
In addition to his bloc of parliament seats, the commander-in-chief nominates the heads of three powerful and big-budget ministries – interior, defense and border security – and the constitution gives him the right to take over the government under certain circumstances.
The military has said it will accept the outcome of the vote, but analysts say a period of uncertainty may be looming for former Burma because it is not clear if Suu Kyi and the generals will be able to share power easily.
Military control of the country's pervasive bureaucracy through the interior ministry could provide a significant obstacle to the NLD's ability to execute policy.
"So the first thing we must do is talk to the military," senior NLD leader Han Tha Myint told Reuters.
Suu Kyi will face formidable challenges in power, including trying to put an end to decades of conflict with many of the country's armed ethnic groups. The government of President Thein Sein failed to do that despite protracted negotiations that led to a ceasefire with some groups.
The government's chief negotiator in peace talks with the ethnic groups, Aung Min, was among the high-profile establishment politicians that lost in the elections.
Aung Min was part of a powerful cabinet group closest to President Thein Sein, holding the office of minister in the president's office.
Sunday's vote was Myanmar's first freely contested general election since the military ceded power to a quasi-civilian government in 2011, ushering in reforms and opening up to foreign investors.
Money from abroad flowed in quickly as sanctions were eased. Foreign direct investment stood at US$8 billion in fiscal 2014/15, more than five times the flows recorded just two years earlier.
Washington welcomed the election as a victory for Myanmar's people, but said it would watch how the democratic process moved forward before lifting the remaining US sanctions on a country long considered a pariah.
President Barack Obama has invested significant personal effort in Myanmar, visiting the country twice in the past three years, hoping to make its democratic transition a legacy of his presidency and an element of his strategic "pivot" to Asia.
Final results are due no later than two weeks after Sunday's poll.
Tags
Myanmar's Suu Kyi 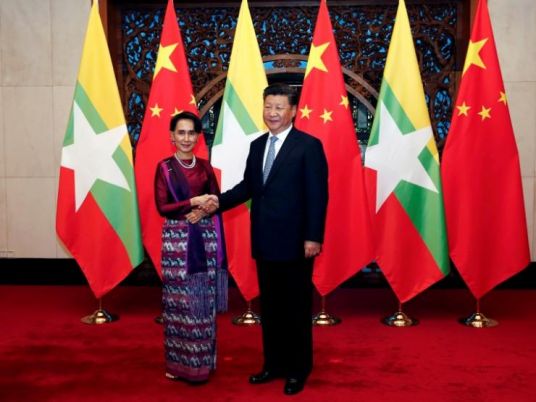 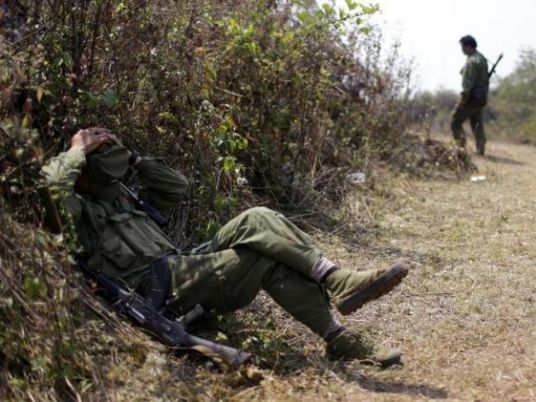 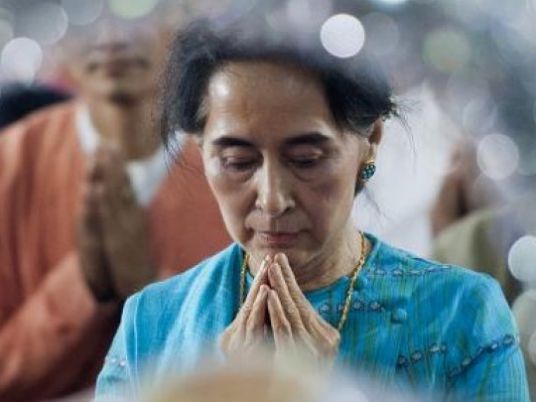 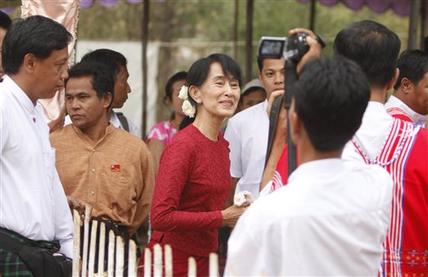