Facebook Twitter LinkedIn
Results from a Canadian study suggest that when older adults hold negative feelings towards aging, it may have a negative impact on their memory and hearing.
Researchers from the University of Toronto, Baycrest Health Sciences, the James H.Quillen VA Medical Center, and Phonak AG together co-authored the study, which examined three variables in 301 older people aged between 56 and 96.
The team looked at participants' views on aging, their self-perceptions of their memory and hearing abilities, and their actual memory and hearing performance.
It is the first time that a study has looked all three of these variables together with the same group of participants.
To assess the variables, researchers asked the participants to complete a series of hearing tests and memory recall tests, as well as respond to a series of questions and statements relating to their own perceptions of their hearing and memory abilities.
To record their views on aging, researchers asked participants to imagine 15 different situations and rate their concerns about each one based on age.
They were also asked to answer questions on issues that might worry them as they got older such as being alone, losing their independence, and finding contentment in their lives.
The results showed a correlation between negative views on aging and poor performance in memory and hearing tests, with lead author of the study, Alison Chasteen, concluding that the strong correlation between the variables occurs "when a negative view impacts an individual's confidence in the ability to function."
"Those feelings are often rooted in stereotypes about getting older and comments made by those around them that their hearing and memory are failing," added Chasteen, "Knowing that changing how older adults feel about themselves could improve their abilities to hear and remember will enable the development of interventions to improve their quality of life."
Another study published this week in the journal Psychology and Aging and carried out by the Yale School of Public Health, linked negative beliefs to a possible increased risk of Alzheimer's, with those that held negative beliefs on aging showing a decrease in the volume of the hippocampus, the area of the brain associated with memory, and an increase in amyloid plaques and neurofibrillary tangles, the proteins that build up within brain cells.
All three of the brain changes are strong indicators of the disease.
The research team believe the negative beliefs on aging can cause stress in an individual, and it is this stress which leads to the brain changes that contribute to the disease.
Tags
aging hearing memory 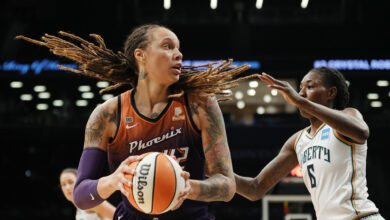