After six years on Cairo’s favorite radio station Nile FM’s beloved Lou Attia, its program controller and co-host of its popular Breakfast Show, is packing up and heading out for some time on the road. "If I were staying in Egypt, this would be my ideal job – working at Nile FM," Attia explains, but he and his wife, Eva, are planning to take a chance and head abroad for a while.

Al-Masry Al-Youm English Edition: How did you start out at Nile FM?

Lou Attia: Well, that’s actually a very funny story. My background was in graphic design, advertising and mass communication, but I had always been interested in radio and I heard a rumor that a new station was opening somewhere in Media City. I had done some voice over work, voices for cartoons, etc., and made a demo CD on my computer. Then I got in my car and literally drove over to Media City to turn it in. I met Simon Ramsden [the station’s then program controller] and handed him the CD – explaining that I had no radio experience but that I wanted to hand in my demo all the same. He said he had gotten hundreds of demos so far and threw it into a drawer, telling me he’d call me if it stood a chance. On my way out, I took his number from someone else in the office. A couple of weeks later, I called him on his cell phone and pretended to be Sean Connery. He thought it was funny but it was only later that he called me back and said my demo had been the most impressive.

Al-Masry: What was that like, being a part of the creation of Nile FM?

Attia: Very exciting, working with Simon and presenter Neal Bowden, learning about radio and working on the Drive Time Show and the Flashback Café simultaneously. Then Alison Esprit took over as program controller when Simon left.

Al-Masry: How did things change in the Alison era?

Attia: Well, the two, Simon and Alison, had very different styles but both followed a “firm but fair” approach. Alison and I worked very well together. I was her right hand man and when she left, I took over the station and its programming. A little later I also took over the Breakfast Show.

Al-Masry: And how was it being the boss?

Attia: You know, I didn’t like it that much, managing – there’s a different feel to being the boss. I felt it put a strain on my creativity. A lot of managers keep things in line by constantly following up on people and doubting their motives. I assume everyone has integrity. If they’re 90 per cent wrong and 10 per cent right, I’m the first to recognize what was right before tackling what may have gone wrong. And the current team at Nile FM does have a lot of integrity, but of course there were a few in the past who did not.

Al-Masry: There are a lot of Egyptian presenters on Nile FM now, was this the plan all along?

Attia: In a way, yes. Especially more in recent years. I think the problem was that when the station opened, no one in Egypt had any experience with radio the way it was meant to be done for Nile FM. We needed experienced people from abroad to get the station going and train us all. But now we have some strong local talent on the station and the ratio [of Egyptians to foreigners] is much more even. It’s great to have people come in from abroad to work at Nile FM but we need a strong local foundation as well.

Al-Masry: What about these partially Arabic shows – such as the Midnight Magazine and the Nile Bazaar – are you trying to incorporate Arabic music into Nile FM?

Attia: No! You know, I have been against these experiments because I really believe Nile FM has a specific identity and that incorporating shows like this into the station compromises that identity. But we kept an open mind so Safi [presenter of the Big Drive Home, and my successor], and I decided that these shows will remain on the air for a little while longer to see if they work with Nile FM. At the end of the day you never know till you try.

Al-Masry: Is there anything else you’d like to add?

Attia: I just want to say that it has truly been a pleasure being on the air and entertaining the capital. I always strived to connect with the listeners on a personal level and I think the Egyptian audience was very receptive to that. Thank you Cairo and Nile FM for six wonderful years. 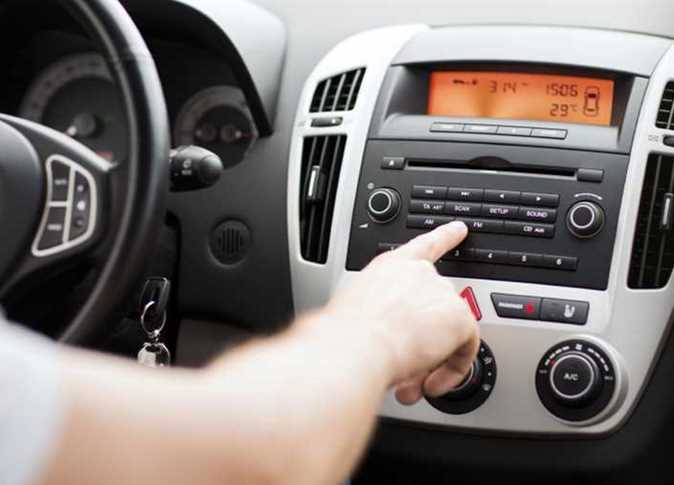