The sun falls perpendicular to the face of the statue of Ramses II twice a year on October 22 and February 22.

The director of Aswan and Nuba Antiquities Abdel Moneim Saeed confirmed that the phenomenon began at 5:53 am and lasted for 23 minutes.

He added it was watched by more than 81 public figures.

Sunlight also illuminated the statues sitting next to Ramses II of the sun gods Re-Horakhte and Amon-Re on February 22 and October 22.

These statues sit in the company of the Theban god of darkness, Ptah, who remains in the shadows all year. 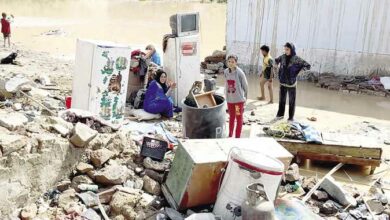 Over 503 furnished housing units provided to those affected by Aswan floods: governor