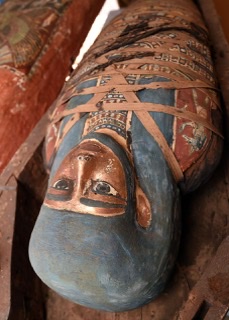 The mission discovered new wells with a large number of colored human coffins dating back to more than 2,500 years ago, in addition to several colored and gilded wooden statues. Madbouly was eager to inspect the coffins unearthed inside the wells, to encourage the mission. 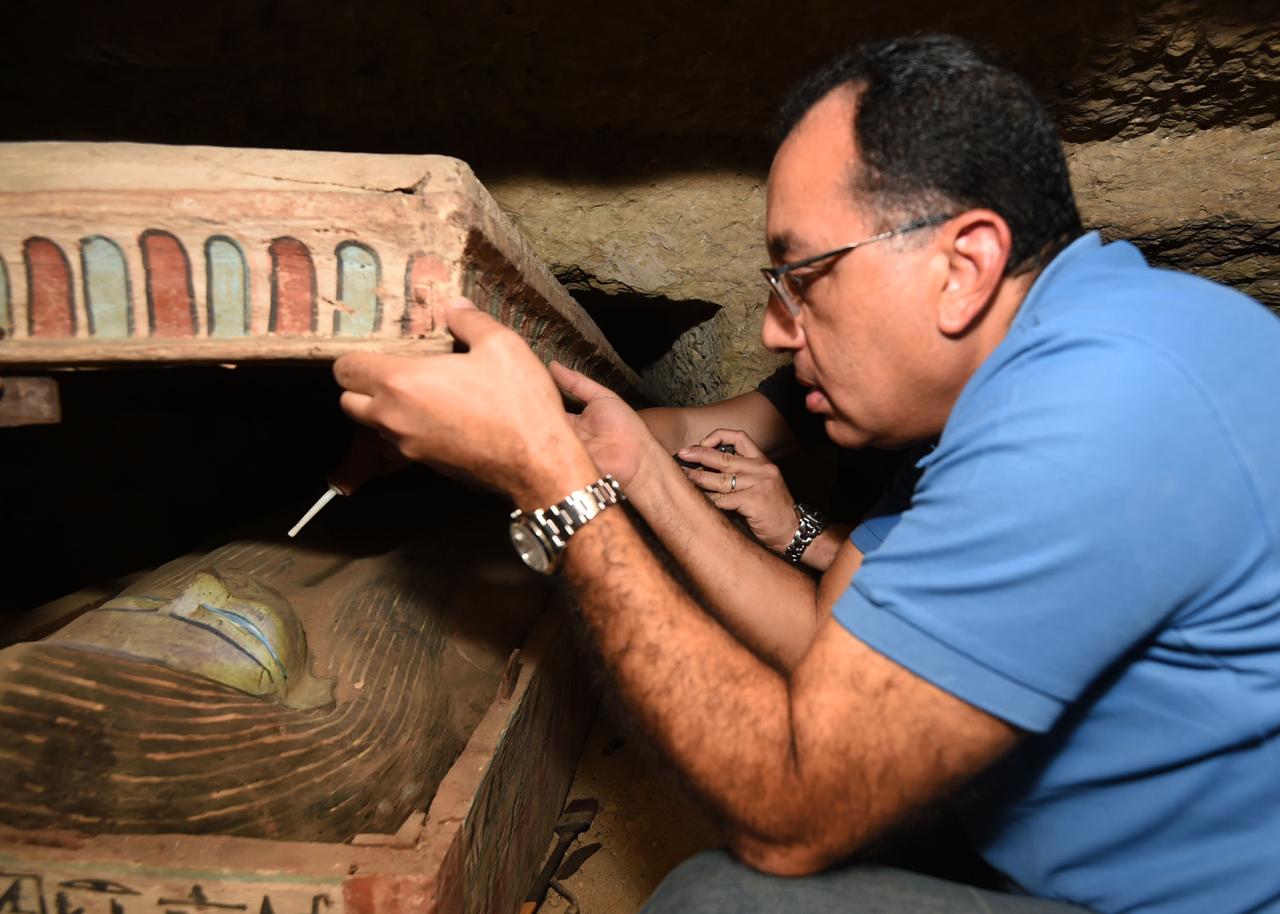 The discovery will be announced officially during the next few weeks at a press conference in the Saqqara archaeological area once archaeological documentation and photography are finalized, the statement said. 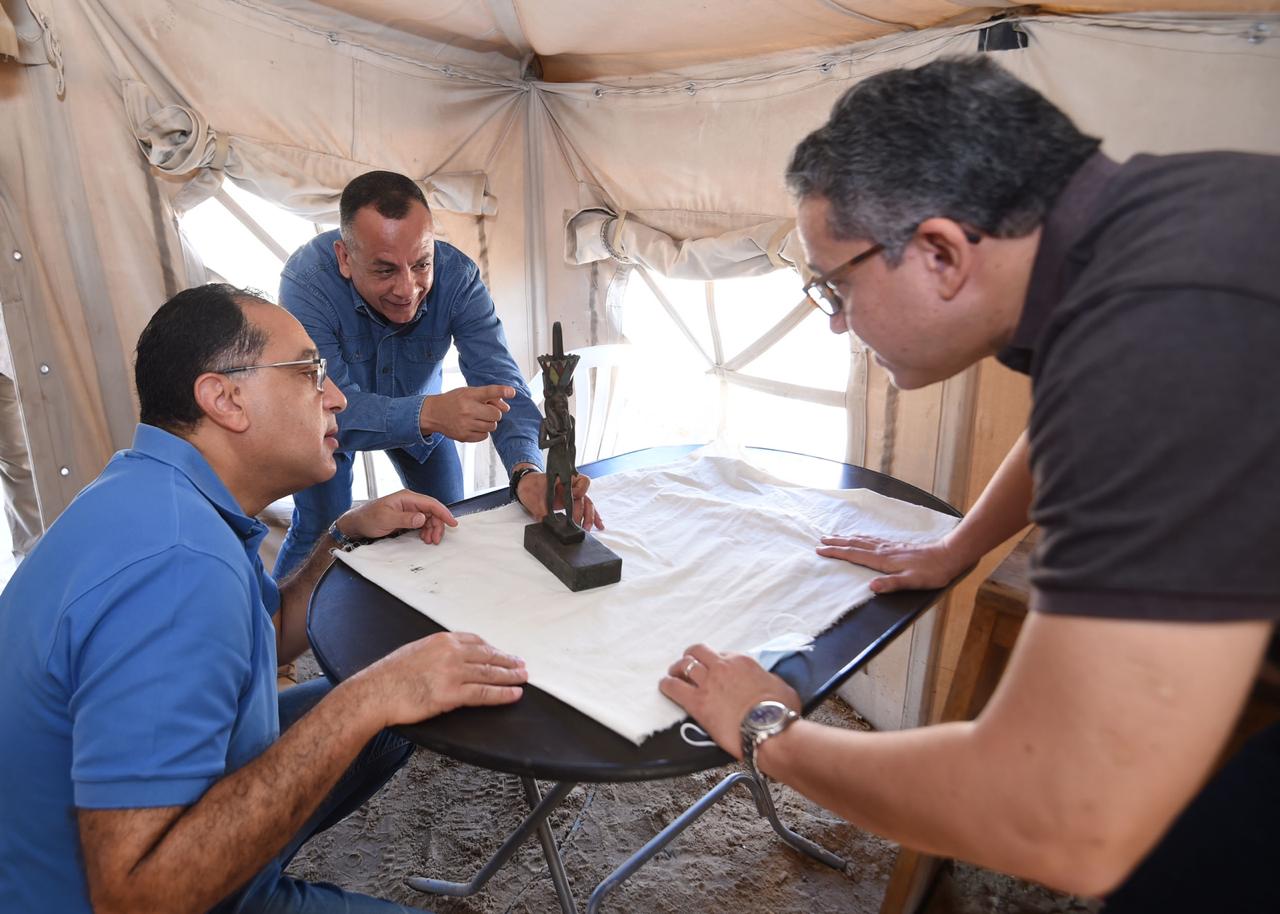 In the past few years, the mission has made several major archaeological discoveries in Saqqara, the latest being the discovery of 59 coffins with well-preserved mummies of senior statesmen and priests from the 26th Dynasty.

The find was announced at an international press conference in early October. 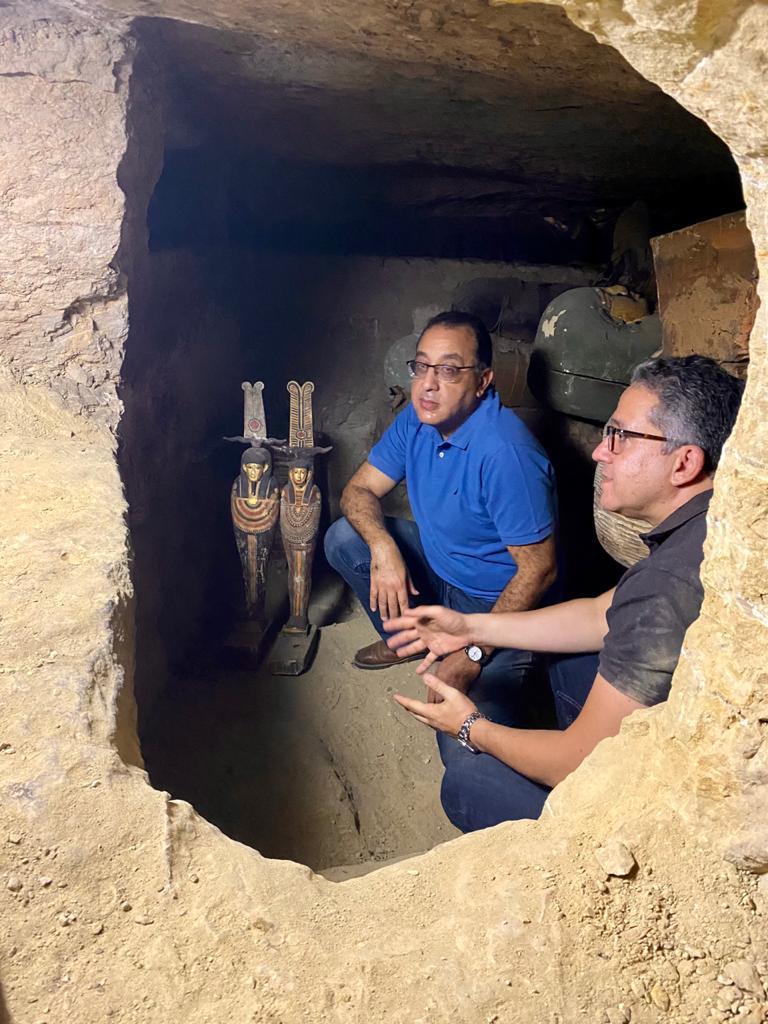