Al-Masry Al-Youm monitored the sale of five Egyptian artifacts on October 6, in “Christie’s”, one of the most important auction halls in London.

This is not the first time that original Egyptian antiquities are traded in Christie’s.

Previous attempts were made by the Egyptian Foreign Ministry to stop these auctions, but the matter is always subject to the law of the country in which auctions take place. 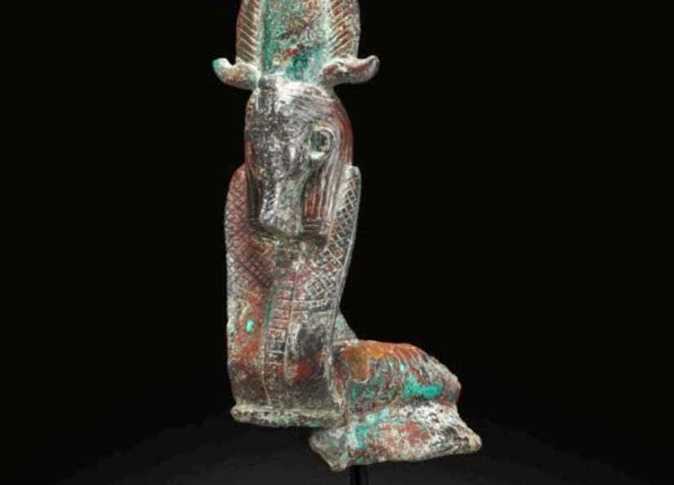 The first artifact sold at Christie’s was the statue of Aten, the god of sun in the Third Intermediate Period of Egypt, dating back to the late period of the 25th and 26th dynasties. The statue takes in the form of a human head, on the body of a snake.

The statue was smuggled from one place to another and remained in New York City since 1904 to 1999. It was transferred outside New York until it was put up on auction on October 6 at Christie’s where its owner bought it at US$10,000.

The second artifact is a granite statue of Pharaoh’s head from the era of the New Kingdom. It was not possible to determine the owner of the statue, and most likely it was either Seti I or Ramses II. The piece was acquired at the Burke Burnett Gallery in New York in 1979 and was transferred between many places until sold at Christie’s auction at $800,226. 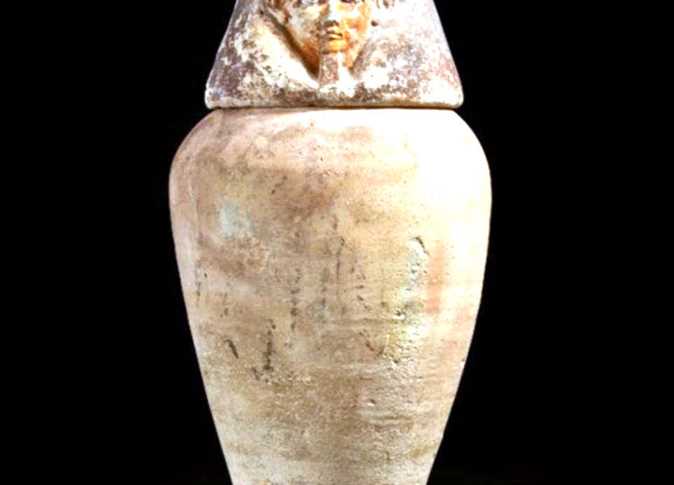 The third piece is a granite statue of a human head in the period between the late 28th dynasty and the first Ptolemaic era, which was previously shown in the “Van Doren exhibition in San Francisco” and the San Diego Museum. 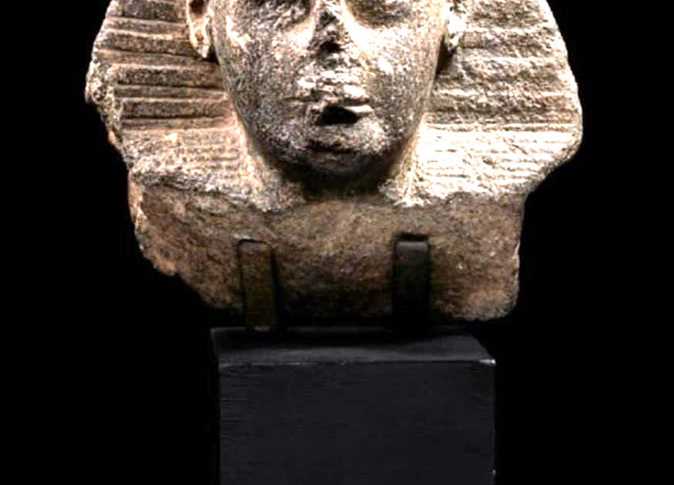 The fourth artifact is a vase made of clay and has a covering that represents the features of the face.

This vase was made in order to preserve the organs of the deceased, which were extracted during the mummification process, such as the stomach, lung and liver. The piece is hollow from the inside and made by hand, not through a mold and was discovered in the Al-Asasif area, west of the Delta. It dates back to the 18th Dynasty, the era between the reign of Ahmose I to the reign of Thutmose III, and was sold at Christie’s at $10,800. 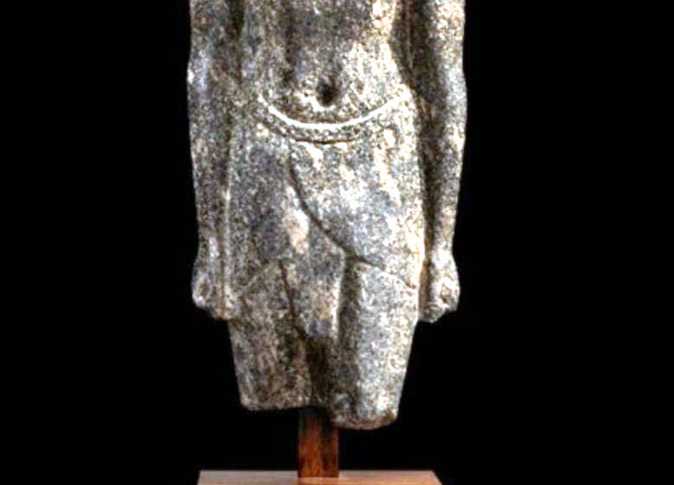 The fifth artifact is a granite statue of a human body named “Hoor Ma Khairu” from the Ptolemaic era, specifically the period of Ptolemy II to Ptolemy VIII. The statue was carved on a gray granite stone.

The identity of Hor Ma Khairu, an official in the Ptolemaic state, was inferred by archaeologists through the belt he wore, which was part of the traditional Ptolemaic clothes, in addition to hieroglyphic writings written around the statue.

The statue highlights the physical details of its owner, and shows the muscles of the body and flat abdomen, although the statue lacks the head and legs.

It was acquired by Charles Banquo’s collection in 2004 after it was transferred to other owners and museums. In the end, it was sold on October 6 at Christie’s at about $500,000.