Facebook Twitter LinkedIn
At 19, British photographer David Magnus was invited to shoot a still relatively unknown pop group called The Beatles during a concert at a Buckinghamshire private school.
Needless to say, they didn't stay unknown for much longer. The Fab Four would go on to be one of history's most influential and critically acclaimed musical acts — and Magnus, who became a friend of the band, would be there to capture their career milestones. 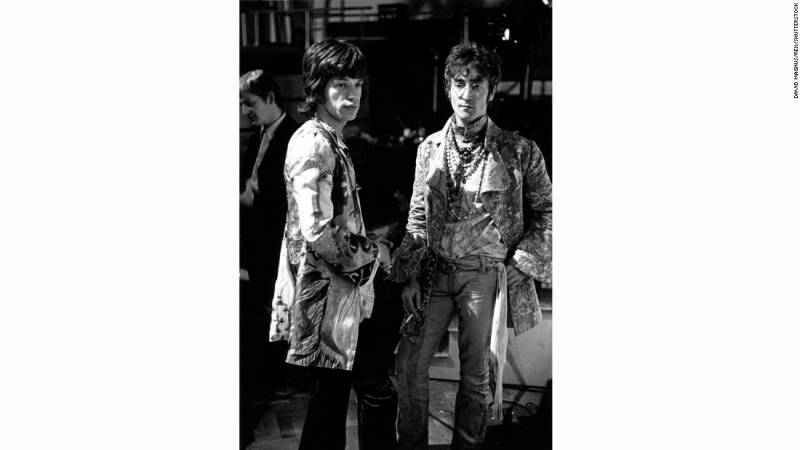 Behind the scenes, The Beatles invited friends like Mick Jagger, seen here with John Lennon

"Nobody expected that these four talented lads from Liverpool would go on for what is now 54 years," Magnus, now 72, told CNN in an email. "Looking back at that weekend and the time I spent through the years with The Beatles, I now realize how incredibly fortunate I was to spend so much time with them."
In June 1967, the band invited him to Abbey Road Studios (then known as EMI Studios) the weekend they recorded "All You Need is Love" for the BBC's "Our World," the world's first live, international satellite production, and the first time they'd performed the song in public. 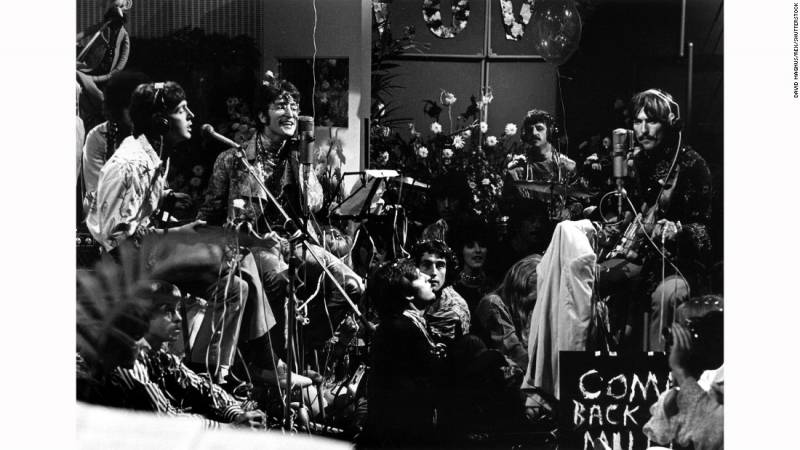 Fifty years later, the public can see Magnus' behind-the-scenes photos from that weekend at his new exhibition, "The Beatles Unseen: Photographs by David Magnus," at London's Proud Chelsea gallery.
Transcending generations
While rehearsals were professional and productive, Magnus describes the recording itself as a party, with the band having decorated the space with balloons and streamers, and invited celebrities like Mick Jagger, The Who's Keith Moon and Marianne Faithfull to attend. 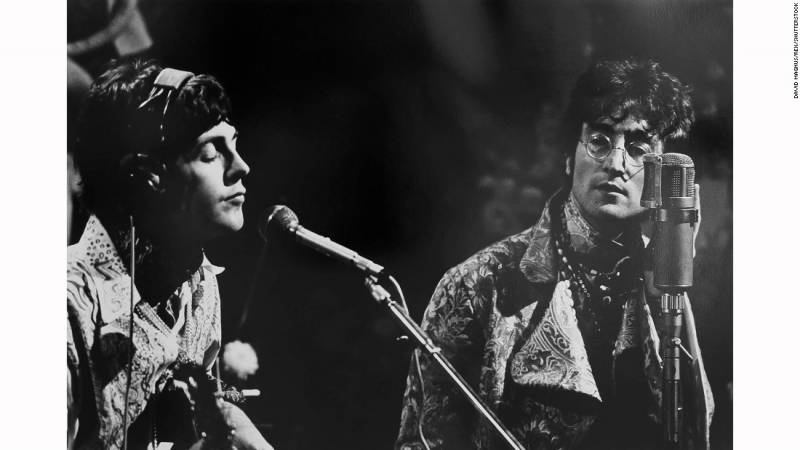 Paul McCartney and John Lennon at rehearsal.
While rehearsals were professional and productive, Magnus describes the recording itself as a party, with the band having decorated the space with balloons and streamers, and invited celebrities like Mick Jagger, The Who's Keith Moon and Marianne Faithfull to attend.
Magnus was given free reign to shoot what he saw fit, from tea breaks at the canteen to Paul McCartney painting a sign for his Aunt Milly, who was visiting family in Australia, to see during the broadcast. It read "Come Back Milly!"
"It was a real rapport with The Beatles, and I was able to achieve this style of photography with them, having built up over the years a bond of trust between us," he said.
Two weeks ago, Magnus brought a group of American friends to the famed zebra crossing outside of Abbey Road Studios, made famous by the cover of the band's 1969 album of the same name.
He was struck to see a large crowd already gathered, "the majority of whom were not even born when The Beatles were making their music."
"Their music is just as popular today as it was," he said. "It has transcended the generations."
"The Beatles Unseen: Photographs by David Magnus" is on at Proud Chelsea in London until May 14, 2017.
Report by Allyssia Alleyne; CNN
Tags
Abbey Road British photographer David Magnus in photos The Beatles 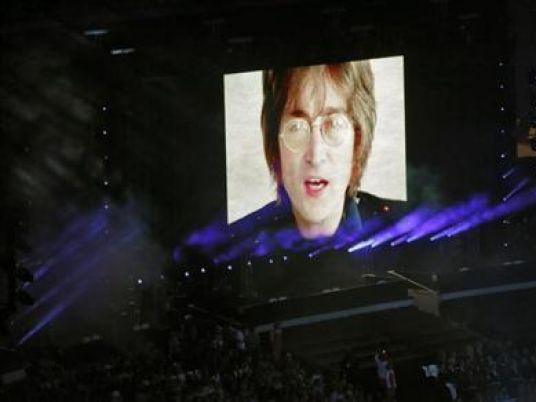 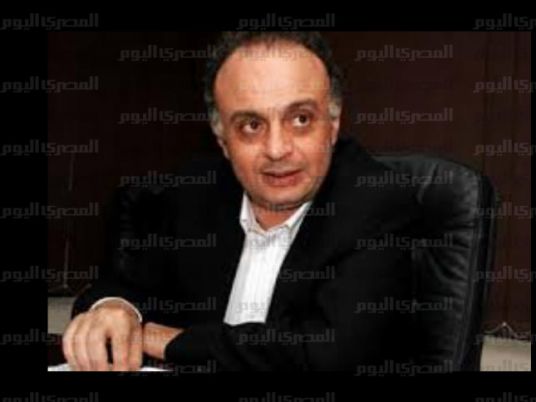 ‘Come Together’ on top as Beatles start streaming 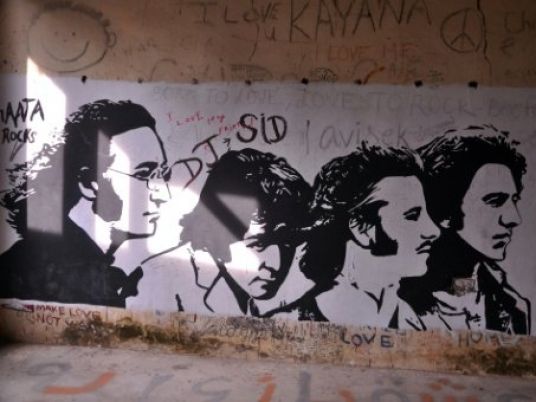