Unknown persons have replaced a mural on the walls of Egypt’s agricultural quarantine agency with a painting of the Egyptian flag carrying religious slogans.

The agency is located Agouza, a neighborhood in Cairo.

“There is no god but Allah” is painted in the middle of the flag where the Egyptian eagle would normally be.

The surrounding wall of the agency used to show a painting by students of applied arts. Ironically, the renovation of these walls was part of a campaign by the former culture minister, Farouk Hosni, to support his UNESCO presidency bid in 2009.

One eyewitness told Al-Masry Al-Youm that he saw bearded men drawing the flag during the security void that followed the former President Hosni Mubarak's resignation.

He added that religious slogans superimposed on Egypt's flag have been on the rise over the past 10 days. 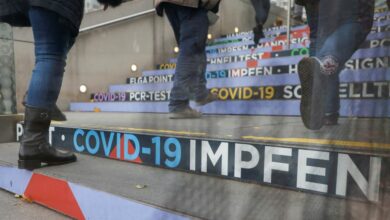 Egypt coronavirus cases, death rate are on the rise