When the official results of Brotherhood candidate Mohamed Morsy’s victory in the presidential election were announced, some activists were quick to celebrate the fall of the “July state,” in reference to the military regime installed by Gamal Abdel Nasser and the Free Officers following the 23 July 1952 coup.

Military officers, beginning with Mohamed Naguib and ending with ousted President Hosni Mubarak, have dominated the presidency since Egypt’s independence. It is thus quite significant that post-colonial Egypt elects its first civilian president ever in the year marking the 60th anniversary of the July coup.

It is even more significant that the anniversary comes at a time when “Down with military rule” has become the most popular chant since the ouster of Mubarak last year. This defiant scream against the military regime doesn’t only come from the revolutionaries, but has been echoed by the wider Egyptian public — including some military sympathizers, specifically supporters of former presidential candidate and ex-Prime Minister Ahmed Shafiq — to express its dissatisfaction with the Supreme Council of the Armed Forces, the country’s interim rulers.

Yet after a brief and often hesitant rejoicing at the news of the first civilian president, analysts began to look deeper into the relationship between the Egyptian military and the state. In order to understand this relationship, we need to resort to history.

After the 1952 coup, Nasser and the Free Officers recreated themselves as the rightful heirs of the pasha’s centralized state; after all, their military coup would usher Egypt into independence from British occupation. The military and army officers formed the core of the ruling elite during Nasser, creating a highly politicized military command that ruled the country.

This politicization of the military command, as scholar Imad Harb tells us, led to the 1967 defeat, since the regime relied on loyalty rather than professionalism in its choice of who to command the army. This narrative points to how the military was the institution of power that completely dominated the political process following the 1952 coup. This changed, however, as the military institution gradually withdrew from politics during the presidencies of Anwar Sadat and Mubarak.

Specifically, after the 1979 Egyptian-Israeli peace treaty was signed, the Egyptian military began to withdraw from politics and become subordinate to the executive power of the president, who was always a former military officer. Yet the military institution as a whole has, since the 1970s, focused on safeguarding its interests and increasing its material gains. The military institution was allowed to build a huge industrial complex made possible through institutional and financial independence from the government’s budget, as stipulated by Law 32/1979.

This juncture in the long engagement of the military institution in politics led to the relative invisibility of the military corps from everyday politics until the 25 January revolution. But retired generals have dominated major economic and political institutions in Egypt long after 1979.

Mubarak had a vested interest in cushioning the military corps, which, as Harb says, “provided the power base for the president.” This is probably why he focused on providing a comfortable economic cushion for the military corps. The irony is that the military institution’s economic livelihood became so precious that it was quick to sacrifice Mubarak to safeguard its own material interests.

Going back to the question of the state-military relationship, it becomes clear that the 25 January revolution is extremely significant in reshaping the military’s role in politics. If the military institution has accepted a subordinate position to the president (specifically since 1979) in return for economic privileges, this was only possible because the president has always been a military officer himself. This fact guaranteed the mutual interests between the executive branch, with its strong grip on the centralized state, and the military institution.

Now that Egypt has a civilian president, and specifically a Brotherhood leader, it would be difficult to envision that the military will willingly withdraw from the political sphere and become subordinate to an Islamist president. Let us not forget that Egypt’s security apparatus and military corps were groomed in a state that was antagonistic to Islamists, to say the least. The army has a long history of aiding the state’s efforts to quell Islamists by subjecting them to military tribunals, among other punishments.

The question that looms on the horizon, in the 60th anniversary of the coup, is how, and to what extent, the election of a civilian president will alter the state-military relationship. In other words, are we witnessing the beginning of the fall of the July military regime, or the junta’s more intricate and renewed interest in political power?

The current moment serves best as a laboratory for the reconfiguration of the military institution in its post-1979 attire.

Dina K. Hussein is the opinion editor at Egypt Independent.

Egypt has been model for coexistence between Christians and Muslims for 14 centuries: Tawadros 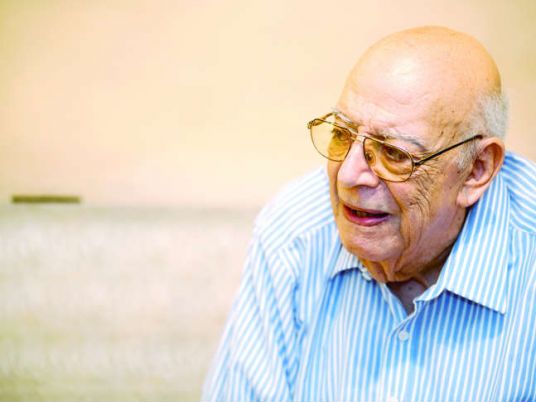