Since you cannot call a fire engine to put out a spark, then make the fire bigger and scream out loud in order for the firefighters to rush to your rescue.

This seems to be the philosophy governing the wave of anger at the recent blasphemous film about the Prophet Mohamed that was posted on the Internet. Islamist media professionals, preachers, Al-Azhar scholars, Muslim Brothers, Salafis and others who joined the wave — genuinely persuaded, to go with the flow or out of fear of standing in the way of the angry uprising — now claim that their spark-turned-firestorm demonstrates the need to address blasphemy more firmly in the constitution and the law.

They also say that the constitutions and laws of other countries should be just as strict on that issue and that there is a need for an international agreement to track and try people for any words or acts they regard as blasphemous. Furthermore, a number of them has formed a coalition for that purpose and called it “The sound of reason.”

The members of that coalition are suggesting that we chase those “blashphemy” fire sparks around the world. That way, a sentence, article, or internet video could turn into a national or universal case, with pertinent cases being taken to courts and people taking to the streets in protest.

Anyone who has just a slight idea about modern means of communications knows that attempts to control the content of what is broadcasted or published are futile, particularly if the media is the internet. With intense controversies taking place in various areas, and particularly in the field of religion, the employment of acerbic criticism and cynicism is an affair that can hardly be controlled.

Content similar to that of the film in question is found on thousands of websites and in a myriad of articles and books on the history of Islam, orientalist books and videos on comparative religions. And, there is a kaleidoscope of articles, videos and books that harshly criticize and intentionally humiliate other religions, creeds and their followers. The act of tearing the bible in front of the US Embassy in Cairo committed by preachers such as Abu Islam and the profane insult of Coptic priests by the Salafi preacher Wagdy Ghoneim are manifestations of the worst religious fights that take place, both on the ground and virtually on the internet.

The attempt to punish everyone guilty of posting such content or engage in such conflicts is frivolous and would turn the state, police and judiciary into disciplinary watchdogs with no other responsibilities but to ensure that everyone engaging in dialogue is doing so respectably.

All constitutional articles and laws penalizing blasphemy against religions, the divine entity and sacred figures have not successfully done their job. They have only served to protect the religion of those in power or the majority. They have been used to try those who have dared view the Divine entity differently from those in authority and to punish those who humiliate those figures dubbed sacred by authorities.

There are several historical examples to prove my point, but the clearest might be Ibn Taymiyyah, the 13th century Salafi Islamic theologian who was tried in Egypt for voicing an opinion that scholars of the four main schools of Islamic thought regarded as an eccentric view of the Divine entity, and for voicing strong opinions against the leaders of Sufism such as Ibn Arabi, which were considered offensive of the Sufi grand sheikh.

He was tried for his thoughts on the bases that they were blasphemous. Due to the close ties between Sufis and Ibn Taymiyyah's enemies on the one hand and the ruler on the other, he was imprisoned more than once in Egypt for periods that added up to two years. He was only released when the ruler sympathized with his ideas.

Today, as several cases against Abu Islam and Wagdy Ghoneim are waning, the trial of Albert Saber — the 25-year-old Christian blogger accused of defaming Islam by posting the infamous film on his Facebook page — is proceeding as swift as lightning. At the time when millions have seen the acts of Ghoneim and Abu Islam on the various media outlets, the public would not have heard of the alleged content posted by Saber, had it not been for incitement launched against him by Salafis on Facebook. The incitement caused masses to gather around his house and threaten his family. Of course, while Saber stands trial, the crowds who besieged his home and threatened his family are free.

Saber's mother told the press that an officer told her, "I cannot ask the crowds to leave and so I will arrest your son to protect you."

Saber is now being questioned about his creed and whether or not he regularly performs his religious rituals. Saber could be sentenced to up to five years in prison. Meanwhile, those from whom the police could not protect Saber remain free.  After Saber's arrest I saw some of the protesters having chit-chats with the police force outside Saber's house. The officers and the crowds harassed reporters and activists wishing to follow up on the case.

While controversies, mutual criticism and humiliation pepper the internet, blasphemy trials only target the weaker, and target the religious minority. Cases brought against stronger parties do not proceed as fast.

Since the breakout of the revolution, 14 blasphemy cases were filed — before preacher Khaled Abdallah and Abu Islam were investigated — according to the Egyptian Initiative for Personal Rights. Some of the cases were brought against strong parties that belong to the majority religion, public figures and businessmen. Two cases were filed against Coptic businessman Naguib Sawiris, another two against Comedian Adel Imam, one case against each of Yehia al-Gamal, former deputy Prime Minister, Ahmed Ragab, a journalist and and Mostafa Hussein, a caricaturist.

Of course, none of the above figures were arrested or imprisoned even though their acts or words have reached a large number of people. Other victims of similar cases, including one Muslim, who was charged with humiliating Islam, six Christians and one Shia Muslim were charged for limited acts that have not reached the media and most of them were in the form of personal discussions between colleagues or conversations on the internet.

They were all arrested quickly, and most of them were physically assaulted and mistreated like Saber. In more than one of those trials, Salafi crowds have called for people to gather in front of or inside the courthouse reviewing the case, and the lawyers were assaulted. And in all of those trials, which lacked any guarantees for a fair trial, the defendants were handed prison sentences that reached five years. It is therefore quite clear that authorities target the weaker elements—those who do not subscribe to the orthodox views of Islam — when it comes to cases related to religious defamation in particular.

Article 98 — employed in cases related to contempt of religion charges — states that "everyone who abused religion to promote or favor, orally or in writing or using any other tool, radical ideas to spark sectarianism, degrade or blasphemize a Divine religion or sects that belong to them or to harm national unity or social peace" is subject to punishment.

This pliable legal phrasing has enabled the trial of members of the Muslim Brotherhood in the past and is now suitable for bringing opposition to the Brotherhood to trial.

At the same time, the proposed constitutional article which calls for protecting "the Divine entity, Prophet Mohamed's companions, and the Righteous Caliphs" also clearly favors the sanctities of the Sunni Muslim majority. Why is there no reference to Christian saints? And do the Jews not have their proper sanctities? Do the other smaller Islamic sects, like Shias, not have a right to keep their sanctities protected? The claim of protecting sanctities has invariably been a tool used by rulers and the majority to protect the Divine entity “as they see it” and only those sanctities that concern them.

Throughout history, those trials of religious defamation have failed to stop the trading of insults or to establish respect among adherents of the various religions. The legal tools related to the “protection of religion” have been used to shoot down any idea that challenged the mainstream — a dilemma that has existed from time immemorial.

Most prophets were accused of humiliating the sanctities of the people to which they were sent and scholars, Sufis, philosophers, artists and authors have been almost always accused of blasphemy, too, when in fact all they did was discuss the ideas others had or challenge the fact that their sanctities are in fact sacred.

There are nations that have learned the lesson and put an end to such blasphemy trials.

The Brotherhood, Salafi preachers, and Al-Azhar are unfortunately unable to distinguish between their religious role, which concerns the call to Islam and faith, and their political role, which is supposed to lead them to defend the interests of all people who have a right to seeing equality between the religious majority and minority.

To those pushing to impose firmer penalties with regards to blasphemy charges, I say: consider the victims who will be crushed by those laws you want to make. Think of how you are humiliating people and opening the gates of sectarian hell. 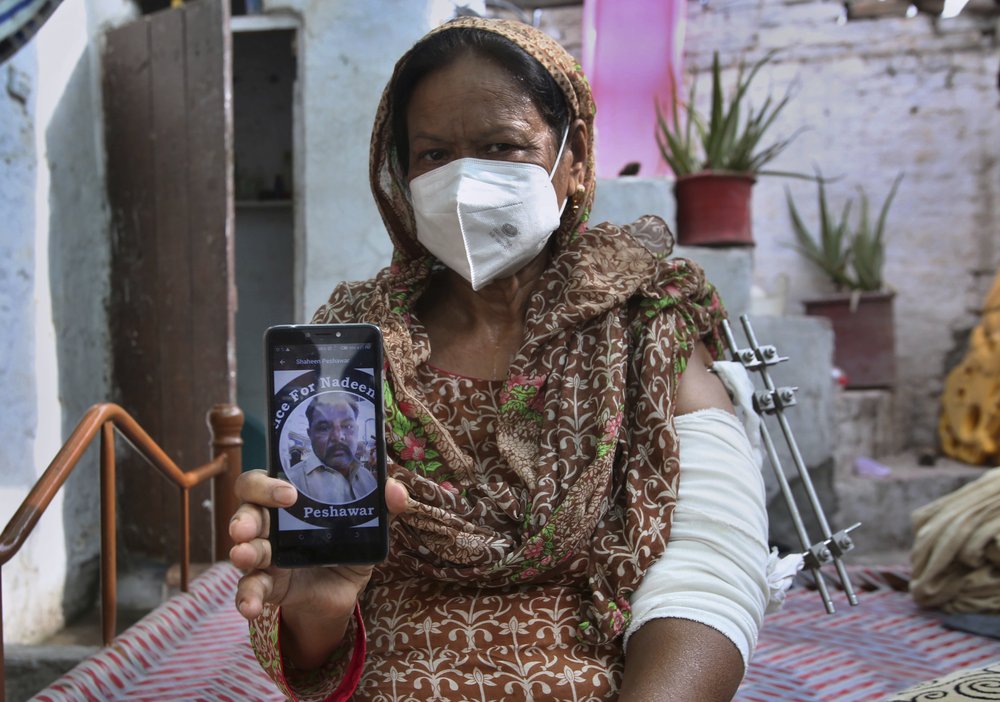