Facebook Twitter LinkedIn
Corals that naturally thrive in the hottest tropical waters can be bred with cousins in cooler seas to help them survive mounting threats from global warming, scientists reported on Thursday.
Tests of corals in warm waters on Australia's Great Barrier Reef found they were able to survive bigger temperature rises than those of an identical species in cooler seas 300 miles (500 kms) south, according to a University of Texas at Austin study published in the journal Science.
The study, by scientists in the United States and Australia, raises the possibility of deliberate breeding to pass on heat-tolerant genes to combat climate change, linked by almost all scientists to a build-up of man-made greenhouse gases in the atmosphere.
"Coral larvae with parents from the north, where waters were about 2 degrees Celsius (3.6 Fahrenheit) warmer, were up to 10 times as likely to survive heat stress, compared with those with parents from the south," the scientists found.
And cross-breeding of the corals, of the Acropora millepora species common in the Pacific and Indian Oceans, brought offspring that were "significantly" better at coping with rising temperatures than the cooler southern corals, they wrote.
Corals, which are tiny stony-bodied animals, form reefs that are vital nurseries for many fish and are big draws for scuba-diving tourists.
"What I think is the most viable strategy is simply to transplant adult corals – we make a reef and let them cross with the natural corals," Mikhail Matz, a co-author at the University of Texas at Austin, told Reuters.
A United Nations report last year said that there were early warning signs that warm water corals and the Arctic, where ice is melting fast, were among the most vulnerable parts of nature and already suffering irreversible changes because of warming.
The experts cautioned that warmer waters were only one of many problems facing corals – others including pollution and an acidification of the oceans.
The fact that corals can inherit heat tolerance "is not a magic bullet that will safeguard corals from the multitude of stressors they are currently facing," Line Bay, a co-author at the Australian Institute of Marine Science, told Reuters.
The study adds to wider debate about deliberately relocating animals and plants because of climate change, despite risks for instance that they unwittingly bring diseases to their new homes.
The study is available here
Tags
coral reefs cross-breeding global warming warm water

Londoners urged not to travel as heat wave engulfs Europe 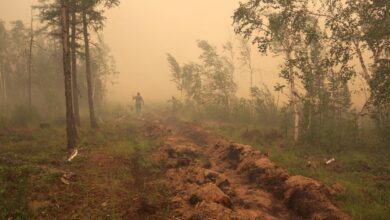 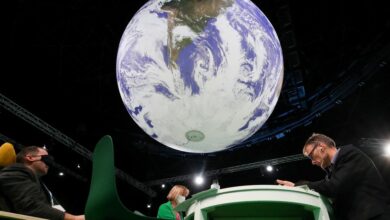