All dailies lead today with President Hosni Mubarak’s address on the 28th anniversary celebrations of Sinai’s liberation from Israel forces. This was the Egyptian president’s first public address since his return to Egypt from a gall-bladder surgery in Heidelberg, Germany in March.

State-owned papers quote the president’s speech in Ismailia extensively. Al-Ahram quotes Mubarak thanking the public saying, “Your hearts were with me during my treatment in Germany, and after my return home.”

Al-Akhbar dedicates its entire front page to the story, quoting the president in black and red fonts, and even included a supplementary special titled Sinai: the story of liberation and development.

The 22-page supplement boasts a full front page cartoon figure of a young-ish Mubarak posing thoughtfully over images of the Nile delta, a mosque and a church, strange looking pigeon homes, and various symbols of modernity in the form of golden skyscrapers.

State-run papers note the president’s assurances of both fair parliamentary elections this year and presidential elections next year. Al-Gomhorriya leads with Mubarak saying “we provide for the needs of ordinary people,” among other quotes.

Al-Dostour’s interpretation of the speech is that not only is Mubarak not considering stepping down after his surgery, but he appears bent on running for a sixth term in next year’s presidential election.

The paper quotes Hossam Eissa, a law professor at Ain Shams University, saying that the speech includes a concise message that the government refuses to implement any of the constitutional changes called upon by reform groups and opposition parties.

On the other hand, Al-Dostour also quotes Samih Ashour, first deputy chairman of the Nasserist Party, as saying that this speech clearly indicates that the opposition’s message has left a mark, and that the president is fully aware of it–which suggests that the opposition is half way toward achieving their goals.

Responding to the continued spike in meat prices, Al-Ahram also highlights that 2500 tons of fresh meat are to be imported from Sudan. Costing LE68 million, the meat will be available in May, after cows are slaughtered in Sudan, then flown to Egypt. The report also states that poultry prices are expected to see a reduction of 10 percent in prices by June.

The report also says deals are currently underway to import more meat from Australia, New Zealand and South Africa as a means of bolstering supply and reducing prices.

Al-Ahram also notes that its Facebook page, which was set up four months ago, now has over 10,000 fans.

Opposition paper Al-Wafd leads with a confirmation that no official decision has been taken over the location of Egypt’s first nuclear power plant. Though El-Dabaa has been consistently suggested as the best location, Electricity and Energy Minister Hassan Younis is quoted as saying that other potential locations still need further study before any final decision is announced. 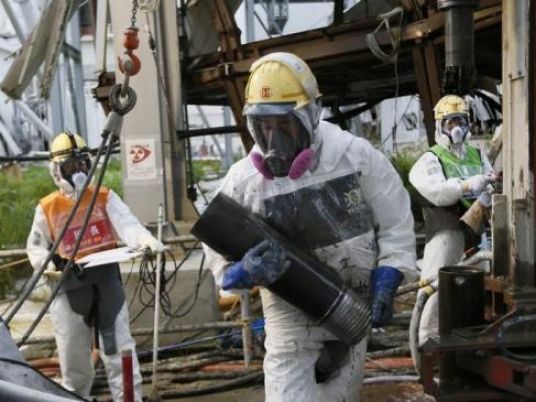