The little bee is a big deal. One third of our diet depends on honey bees as they are essential pollinators of our major crops, like strawberry, zucchini, blueberry, apples, cherries, and cucumbers. According to a study published in 2010, “although most of humanity relies upon foods that do not require animal pollination, production of 39 percent of the world’s most important monoculture crops still benefit from this ecosystem service.” The loss of bees would, therefore, threaten our food supply.

“Without bees taking pollen from one apple tree to another apple tree you wouldn’t get any apples,” a beekeeper explains in “The Vanishing of the Bees.” The 2009 documentary investigates the consequences of the disappearance of the honey bees that was first seen in the US and later reported in Canada, South and Central America, Europe and parts of Asia.

In addition to ecological and environmental implications, the disappearance of bees would have economic and political consequences. The value of honeybees is estimated at US$16 billion in the US alone.

According to American beekeepers, bees began to increasingly disappear in 2006, becoming lost between nesting and foraging sites and causing the loss of 80 percent of colonies. The causes haven’t been completely clarified until now. Researchers have linked the mysterious disappearance of bees to different reasons, all causing colony collapse disorder, a phenomenon in which worker bees from a beehive suddenly disappear. The main symptom of CCD is a lower number of bees remaining in the hives.

The syndrome is due to biotic factors (any living component that affects another organism), insect diseases, environmental changes, or genetically modified crops with pest control characteristics. The combination of environmental change-related stresses and chemical pesticides might be also the reason behind the syndrome causing the death of the bees.

A study published by Purdue University in January 2012 suggested one factor that might be responsible of the rapid dwindling of bees. The study conducted on different collection of hives, or apiaries, in Indiana reported the presence of neonicotinoid insecticides in dead bees. These insecticides, as well as clothianidin and thiamethoxam, were present in high concentrations toxic to bees.

Greg J. Hunt, associate professor of entomology and a co-author of the findings, stresses the importance of investigating on the risks associated with the insecticides. However, he states that “these symptoms may have been overreported and might not be anything new, since similar ones have been seen in the past. They are typical of Varroa mite infestations but also of some poisoning events.” Varroa mites are external honey bee parasites. Although they have a preference for the brood, they also attack adult honey bees by sucking their blood, weakening and shortening the lifespan of the bees.

Purdue’s research study focused on neonicotinoids, a class of neuro-active insecticides chemically related to nicotine, which are highly toxic to bees. However, Hunt explains to Egypt Independent that “there are multiple causes of bee decline and the importance of individual factors probably varies with geography. For example, Varroa mites appear to be the single most important factor, along with the viruses they interact with, that kill bee hives in temperate latitudes. But Varroa is a less serious problem in South America and Africa apparently.”

According to the 2009 Report of the International Forum for the Egyptian Beekeepers, Egypt has about 1.3 million hives, 7,700 mud hives and around 270,000 beekeepers. Egypt, however, does not have official statistics on the beekeeping industry, which is estimated to be one of the most influential in the Middle East and Africa.

Hossam Farag Abu Shaara, assistant lecturer at Damanhour University and entomologist, says that “such numbers could considered as the nearest number to the truth.”

Abu Shaara excludes the presence of  CCD in Egypt. “By visiting apiaries and researching on the topic,” he says, “the death of some colonies in some regions of Egypt, which is around 10 to 20 percent, could be mainly a result of flowering scarcity or bad beekeeping.”

The entomologist explains that the production of honey registered about 10 to 15 kg per flowering season. However, along the years the number of beekeepers has been increased while the flowering area has remained the same, resulting in a lower production, which dropped to 5 or7 kg, and weaker bee colonies. In addition, Abu Shaara believes that the high prices of beekeeping materials constrain beekeepers to opt for lower quality equipment to the detriment of the bees survival.

Since the causes of CCD are different and still unclear, Egyptian beekeepers have also different opinions on the occurrence of CCD in the country.

Nader Shenouda, cofounder of Belle Bees, an independent producer of natural raw honey, says that CCD might not be a new phenomenon for beekeepers. “Historically in Egypt, CCD was caused by winter losses, transporting hives, fungi and mites. The alarming fact is the rate of increase in CCD [during] the past few years of operations.”

According to Shenouda, losses are mainly due to acute weather changes and pesticides. “These losses were historically between 15 percent and 25 percent. However, we have seen this ratio going up to 60 percent in our neighboring beekeeper. The worst we had was a few years ago, when it reached 40 percent.”

The cofounder of Belle Bees has also observed higher losses due to pesticides used in the production of citrus honey in contrast to those observed for clover honey, which is rarely sprayed with pesticides from plowing to harvest. Clover honey is the largest harvest honey in Egypt.

“It is crucial to note that bees die before returning to their hive” Shenouda explains. “Basically, CCD could occur during the citrus season without any empirical evidence supporting that pesticides caused it.”

Even though there are no specific studies on CCD in Egypt or the Middle East because there haven’t been reports so far on the sudden disappearance of honey bees, Abou-Shaara says that neonicotinoid insecticides, which are suggested to be a possible cause of CCD by recent research studies, are used in Egypt.

The pesticides attack the nervous system, causing paralysis and eventually death. Disorientation and the inability to reproduce or to fly have been reported as frequent symptoms. The neonicotinoid class of insecticides, specifically clothianidin, has been banned in France, Germany, Slovenia and Italy, where a rebound of bees has been registered afterward.

The decrease in number of honey bees in Egypt does not seem, however, to be due to CCD syndrome, but to a combination of diverse causes.

Yosry Youssef Mahmoud, supervisor of the beekeeping facilities in the farm of the Desert Development Center of the American University of Cairo, confirmed that in recent years bees have decreased in number mostly due to two factors: an infection caused by a fungus transmitted by infected bee colonies to indigenous bees, and an insect (Vespa Orientalis L.) that eat the bees periodically in the months of October and November.

Amina al-Demirdash is a beekeeper who has had a family-run production of organic honey at Banha Farm for 80 years. She does not report a significant decrease in the number of bees. Banha El Asala, which means “Sweet like honey” in Arabic, is a very popular area for honey production.

Demirdash’s bees are interbred, and the queens have been imported and interbred to resist the Egyptian weather and environment. The main honey production, which used to be from sunflower, cotton, orange and clover and sometimes a mix of them, is now mainly from orange and clover.

She explains that the amount of honey depends on the season, reaching higher levels during the summer and diminishing during winter, due to the lower activity of bees. “Three years ago there was a type of bacteria that came and infected my bees,” Demirdash goes on, “It could have slowly caused an extinction of my bees. However, we treated it with antibiotics.”

Dermidash recalls other two common causes of death occurring in Egyptian beehives: in the 1990s, when a type of worm ate the bees before they started their production, and in 2010, when a few of the bees were attacked by wasps, which usually appear around September.

“Egyptian bees, unlike others, have lots of energy due to Egypt’s hot climate, which enables them to fight diseases more than other types of bees,” Dermidash concludes. More natural practices, such as adding wax to the hives in winter to boost and help the bees to produce better, and feeding them with the honey they produce, instead of sugar, might also help Egyptian bees become immune to DDC syndrome. 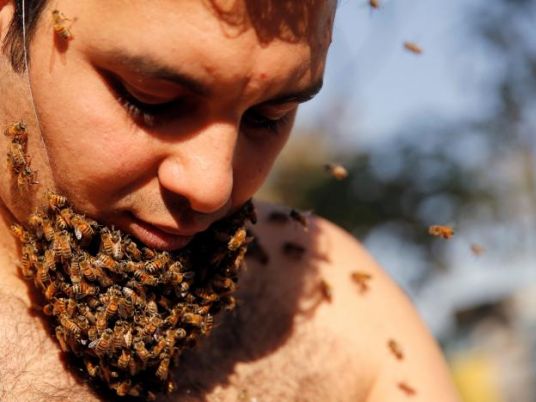 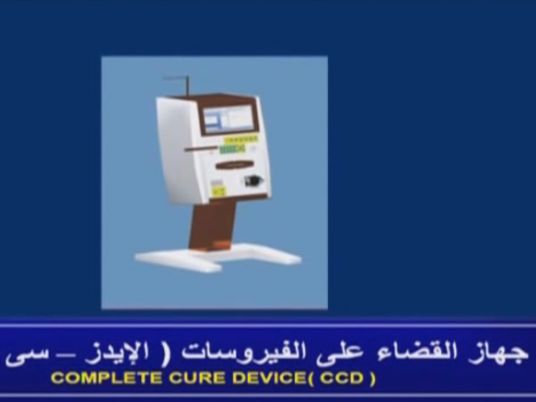