The announcement was made by Mashat alongside Maged Fawzy, the Chairman of The Egyptian Hotel Association, in a ceremony held in the presence of Egypt’s Minister of Environment in addition to several governors and officials. 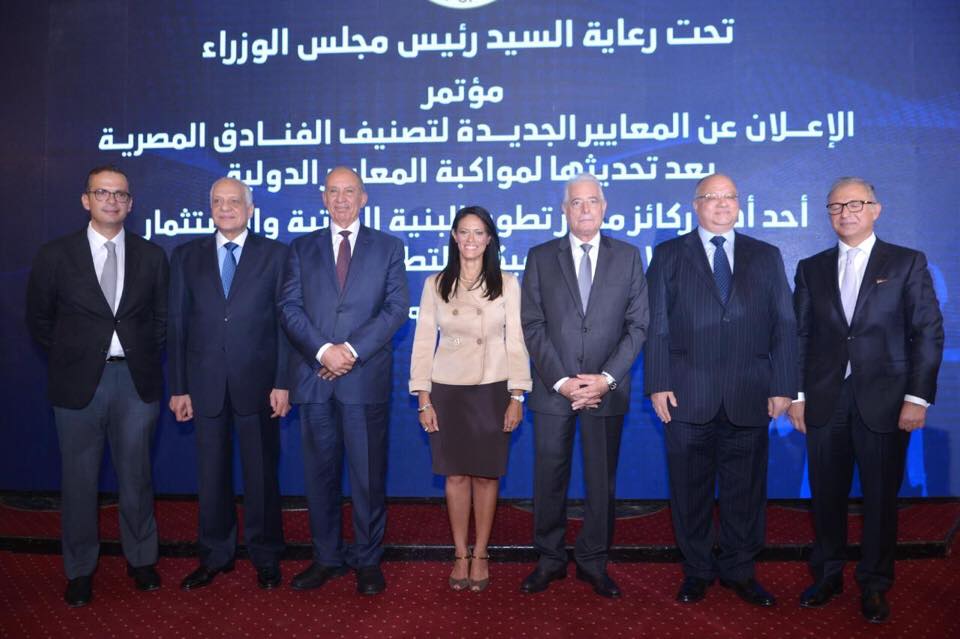 Photo caption: Egypt’s Minister of Tourism along with several Egyptian governors and officials at the ceremony.

The newly revealed hospitality criteria is a joint effort completed by the Ministry of Tourism alongside the World Tourism Organization and the Egyptian Hotel Association, according to Mashat’s statements during a press conference.

Mashat vowed that the freshly launched program will prompt Egyptian hotels to become more eco-friendly, putting into consideration vital issues such as sanitation and health. She pointed to the fruitful cooperation that took place between the three ministries, tourism, health and environment, to come up with a constructive program.

Several new hotel types have also been encompassed in the Hospitality Criteria for the first time, including eco-friendly lodges and heritage hotels, due to growing touristic demand. Fawzy clarified that this decision will intensify the Ministry’s observation of these types of hotels, providing tourists with extravagant service quality.

During her speech Mashat explained that, “In November 2018, Egypt launched the Egypt-Tourism Reform Program with a vision to achieve a sustainable tourism sector through implementing structural reforms that strengthen the sector’s competitiveness and are consistent with the international standards.”

She described the dual project as a key “cornerstone” based on global standards, stressing that focusing on hospitality criteria is one of the most significant moves that have been made in light of the tourism reform program.

The criteria are considered to be crucial upgrades pushing the Egyptian hospitality sector to global standards, as it has seen little progress for almost 13 years. Speaking to Egypt Independent, Fawzy explained that concerned entities added new widely-agreed upon dimensions to the criteria.

“We designed an application specifically customized for Egyptian hotels. This application displays the classification of hotel stars, varying from two stars up to seven stars,” Fawzy explained.

Fawzy also gave good news regarding the implementation of the Egyptian Firefighting Code in Egyptian hotels, involving floating hotels for the first time.

“We had a serious problem applying the Egyptian firefighting code in the Egyptian hotels, as it was invalidated over the past years and did not address the concerned hotels,” Fawzy told Egypt Independent.

“It’s the first of its kind to have an Egyptian firefighting code designed for the Nile cruises,” he said. 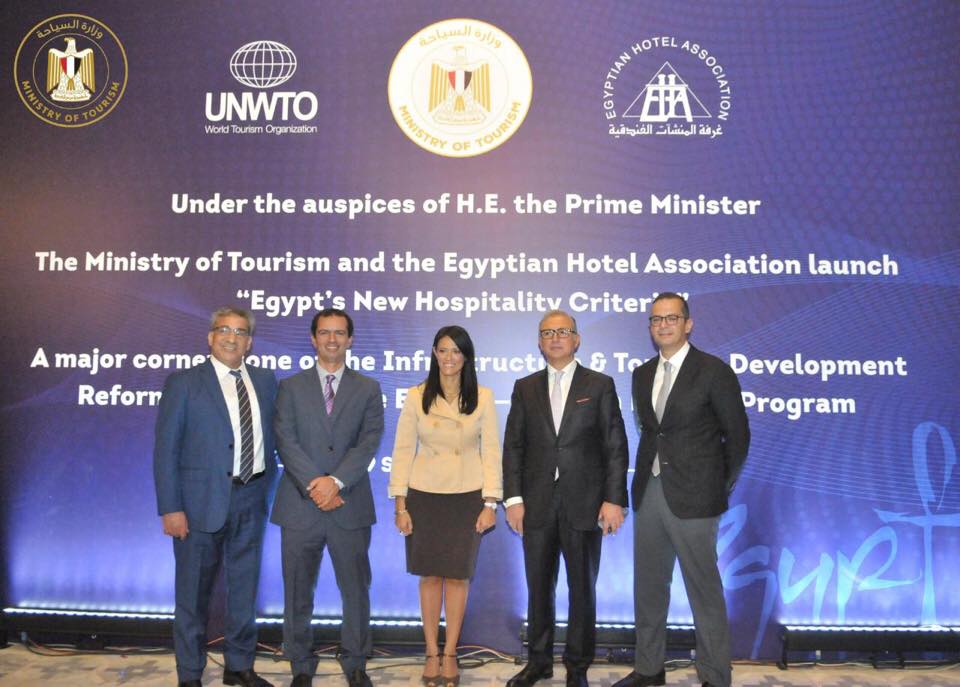 Additionally, the World Tourism Organization has conducted intensive training for 23 inspectors in the Ministry of Tourism.

“Once again you are showing your commitment to growing the tourism sector in a responsible and a sustainable way,” the chairman said in his taped message. He added that this new system of hotel classification will help tourists select their accommodations while planning their visits to Egypt, securing them with the proper facilities as well as a joyful trip.

This new criteria doubtlessly shows a boost in the tourism sector, he said, driving it towards economic growth besides the creation of new job opportunities across Egypt. Further praising Egypt’s tourism sector, he said that it is currently witnessing a noticeable rise in tourist arrivals, becoming a role-model to be followed by other countries.