An earthquake with a magnitude of 7.4 struck central New Zealand just after midnight (1102 GMT Sunday), the U.S. Geological Survey said, generating a tsunami that hit the northeast coast of the South Island.

New Zealand's Civil Defense warned residents along the country's entire east coast to seek higher ground.
Anna Kaiser, a seismologist at GNS Science said a tidal signal or surge of up to one meter (3 feet) had been recorded in the North Canterbury region of the South Island.
"That's reasonably significant, so people should take this seriously," she told Radio New Zealand.
The quake was centered 91 km (57 miles) north-northeast of Christchurch, the biggest city on New Zealand's South Island. A 6.3-quake there in February 2011 killed 185 people and caused widespread damage.
The tremor, which was measured by New Zealand's Geonet at magnitude 6.6, was felt throughout most of New Zealand. Civil Defense said it was too early to assess the damages or whether there had been any injuries or deaths.
"The whole house rolled like a serpent and some things smashed, the power went out," a witness told Radio New Zealand from her home in Takaka, near the top of the South Island.
Residents in Wellington said glass had fallen from buildings into the streets.
A series of aftershocks were recorded around the country, some as strong as 6.1 magnitude.
Tags
earthquake New Zealand Tsunami 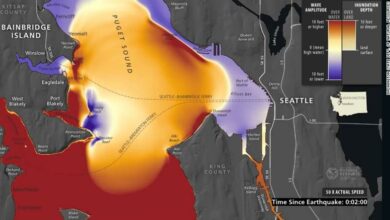 After earthquake that killed 1,000, Afghanistan braces for cholera, disease outbreaks