Ali Erbas heads Diyanet, Turkey’s Directorate of Religious Affairs. He is known for his deeply conservative interpretation of Islam, which many Turks see as anachronistic. Indeed, Erbas blames homosexual and adulterers for the coronavirus pandemic. And he is known for many more highly controversial statements. Erbas has run Diyanet since 2017 and his influence on Turkish society is growing. 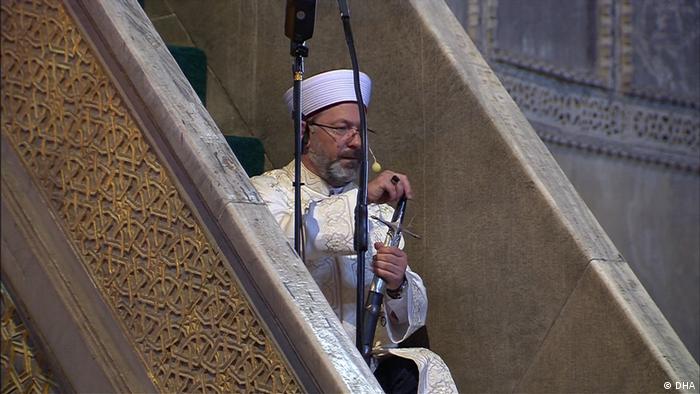 Erbas led the ceremony to reopen Haghia Sophia mosque in July 2020 delivering the Friday sermon with a sword in hand — a symbol harking back to Ottoman times. Many ordinary Turks took offense, deeming it an affront to republican values.

Since then, Erbas has become a prominent mouthpiece for Turkey’s conservatives forces. Diyanet has suggested four to six-year-olds should take compulsory Quran lessons before starting school.

The religious body announced it would soon be consulting the Education Ministry and researchers to pursue the plan. Many Turks, meanwhile, reject the move — not least because Turkish President Recep Tayyip Erdogan has repeatedly called for a “religious generation” to be raised, indoctrinated with conservative Islamic values.

Diyanet is expanding its influence into the digital world, too. It has published a document on “ethics in social media,” urging Islamic law to be applied to cases of online abuse that may only be insufficiently addressed by secular law. Erdogan has long sought to further regulate social media and supports Diyanet’s efforts.

Not long ago, Erbas and Erdogan attended a swearing-in ceremony for new judges at Ankara’s Court of Cassation. The event was launched by a sermon held by the Diyanet head. It was the first time in Turkish history that such a judicial ceremony was accompanied by a religious service.

Turkish opposition figures and liberals are troubled by Diyanet’s growing presence in everyday life. They worry that secularism and laicism is under threat in Turkey. Erbas, meanwhile, has defended the role of Diyanet, saying that “as a leader, you must have a say everywhere […] why should our faith not be felt in the heart of society?” He has also underscored that Islam should guide all aspects of life, including the judiciary.

Burcu Karakas, a journalist and Diyanet expert, is concerned by the body’s growing influence. “Ali Erbas’ statement shows that the government is trying to regulate the public realm by marshalling religion,” says Karakas. “Diyanet was originally tasked with staging religious services only, but it has taken even ever more jobs […] the government is waging war on secularism; Diyanet is playing a key role in this war.” 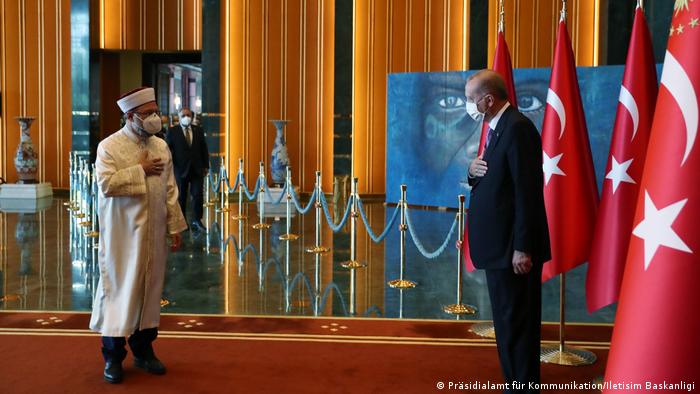 Ali Erbas has just been approved to head Diyanet for a further five years. The role of religion is sure to play an even greater role in Turkish society in future.