Car service providers “Uber” and “Careem” denied on Monday any news about signing contracts that would allow Uber to buy Careem’s shares, transferring ownership of Careem to Uber, according to the Egyptian Competition Authority’s statement (ECA).

The Egyptian Competitive Authority (ECA) warned the two companies against signing contracts which would harm freedom of competition according to the Egyptian competition protecting law.

The ECA asked the two companies to take its approval prior to signing any contracts that would potentially impact consumers and competitors.

The ECA added that it shared results of the initial check up on the proposed merger of the two companies with the Common Market for Eastern & Southern Africa (COMESA) competition commission because of the potential risk to freedom of trade among member states in the COMESA.

The acquisition of one of the two companies on the other will create a monopoly position in the market, which would limit the freedom of competition in this vital sector and will affect consumers by limiting promotions and lead price increases, according to high-level government sources who spoke to Al-Masry Al-Youm last month.

The merger would also have a negative effect on drivers, as the acquisition would reduce their number and restrict their working conditions, subjecting them to the absolute control of a monopoly entity that could lead to social problems which would in turn affect the Egyptian economy, the sources added.

According to Bloomberg, Uber seeks to either acquire more than half of Careem after merging or fully purchase it in order to overcome the costly competition between the two companies. 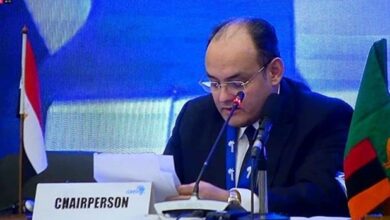