The Ukrainian military says it is still holding off a Russian advance toward the Donetsk town of Bakhmut, in the Donbas.

“[Russia] leads an offensive in the direction of Bakhmut, hostilities continue,” the latest update from the military’s General Staff says.

“The enemy tried to conduct a reconnaissance of the positions of our troops in the direction of Yakovlivka, the enemy’s reconnaissance group was neutralized,” it added.

“[Russia] led assaults in the direction of Pisky, was unsuccessful, withdrew,” the Ukrainian military said.

Heavy shelling was reported from many of the towns and settlements along the eastern frontline, with local authorities saying at least nine private residential buildings, one high-rise, a wheat field and several businesses had been damaged in the Ukrainian-controlled portion of Donetsk. At least three people were killed and 16 were injured.

Donetsk remains without gas and partly without water and electricity. 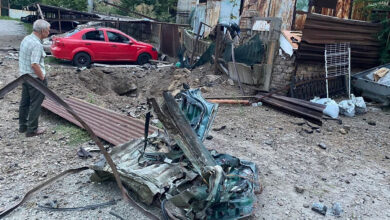