Navigational sources announced Sunday afternoon that the crew of the large cargo ship ALNAWA EXPRESS stranded off Ras Gharib shores in the Gulf of Suez managed to refloat the vessel from the shore, confirming no damage to its hull.

A large cargo ship transporting cars within Egypt’s territorial waters of the Red Sea was stranded at the Ras Gharib in the Gulf of Suez on Sunday.

The sources told Al-Masry Al-Youm that the ship was on its way from Port Tawfik port in Suez to the Saudi port of Jeddah. 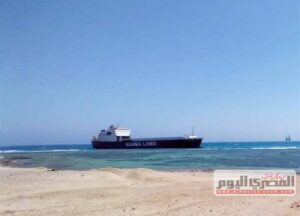 According to navigational sources said that the ship ALNAWA EXPRESS had stranded at 10 kilometers off the shores of Ras Gharib.

The sources revealed that the cargo ship belongs to the Namma International Tdg, and carrying about 20 cars, which were on their way from Port Tawfik port in Suez to the Saudi port of Jeddah, and that it was disrupted due to bad weather which led to its drifting. 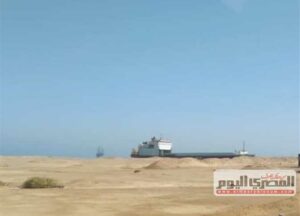 The Red Sea Governorate Operations Room also informed to move and take the necessary action, and the shipping agency was notified. 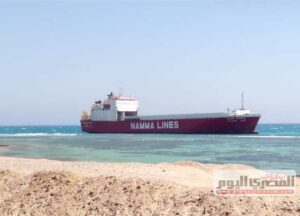 The sources added that the 24 crew members of the ship are in good health, and there are no injuries.

The shipping agency of the ship was contacted to take the necessary measures and request spare parts to repair the malfunction.

CBE: Thursday day off for all banks