It was a FaceTime call. Like old time friends, Lady Gaga and Prince William opened up about mental health.

In a video released Tuesday, the pop star joined the Duke of Cambridge's Heads Together, a campaign he leads along with the Duchess and Prince Harry to raise awareness on mental illness.

The stigmas or just plain fear, they said, stops many from opening up about their feelings.

"There's a lot of shame attached to mental illness. You feel like something it's wrong with you," Lady Gaga said from her kitchen in Los Angeles.

The video, posted on the Royal Family's Facebook page, is the newest film in the #oktosay series, which shows people from all walks of life discussing their own mental health challenges.

After sipping a cup of coffee, Lady Gaga, 31, praised the "beautiful stories" told in the films and talked about her own struggle living with post traumatic stress disorder.

"I should be so happy, but you can't help it when in the morning you wake up, you are so tired, you are so sad, you are so full of anxiety and the shakes that you can't barely think," she told 34-year-old Prince William.

From his study in Kensington Palace, the prince emphasized how important it can be for someone to speak up. "It's time that everyone speaks up," he told Lady Gaga. "Just having a conversation with a friend or family member can make such a difference."

William asked Lady Gaga to join forces following the open letter she released through her Born This Way Foundation to reveal she has lived with PTSD after she was sexually assaulted at 19 years old.

The pair said they want to continue working together and focus on the youth. They made plans to have an October meeting in the UK.

The release of the video comes just days after Prince Harry revealed that he sought counseling four years ago to deal with the grief of losing his mother, Princess Diana. 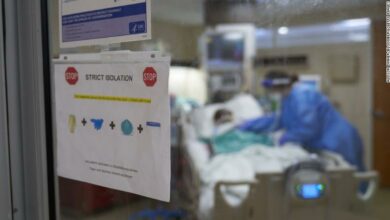