JERICHO, West Bank (AP) — Israeli Prime Minister Benjamin Netanyahu’s last-minute vow to annex the Jordan Valley if re-elected next week has sparked Arab condemnation and injected the Palestinians into a political campaign that had almost entirely ignored them.

Netanyahu has made similar promises before but hasn’t followed through. His current pledge to annex the Jordanian Valley was widely regarded at home as a campaign stunt to draw in right-wing voters, many of whom live in settlements in the Israeli-occupied West Bank.

Netanyahu presented the move as a historic “one-time opportunity” to favorably redraw Israeli’s borders, at a time when a friendly administration in Washington says it’s about to unveil it’s long-delayed Middle East peace plan. The Jordan Valley makes up about one-fourth of the West Bank, which is the centerpiece of any future Palestinian state.

The prime minister said the move “doesn’t annex a single Palestinian.” Israelis and Palestinians living in the West Bank aren’t afforded the same rights, such as Palestinians not having the right to vote in Israeli elections.

The annexation of the valley would establish a permanent buffer along the border with Jordan and leave the Palestinians with only isolated enclaves surrounded by Israel, all but ruling out their dream of building a hoped-for state. A United Nations spokesman warned the step would be ’devastating” to the prospects of a Palestinian state alongside Israel.

Here’s a look at the significance of the Jordan Valley:

The Jordan Valley makes up the eastern edge of the West Bank. It runs some 300 kilometers (185 miles) from the Sea of Galilee in the north along the Jordan River down to the Dead Sea on the Israel-Jordan frontier.

Israel captured the area from Jordan, along with the rest of the West Bank and east Jerusalem, in the 1967 war. Since then, it’s established around 30 settlements in the Jordan Valley, which is now home to some 65,000 Palestinians and 11,000 settlers, according to the Israeli rights group B’Tselem. The international community, along with the Palestinians, overwhelmingly considers all Israeli settlements in the West Bank and east Jerusalem illegal.

Outside of the Palestinian city of Jericho and some surrounding communities, about 90% of the Jordan Valley falls under full Israeli security and administrative control, meaning the Israeli military polices the territory and its population.

As the lowest place on earth, it has a unique climate that can produce fruits and vegetables year-round. Access to the Dead Sea and its mineral-rich waters also offers tourism and other commercial benefits.

“Israel is clinging to the Jordan Valley because this large area has high economic value,” said Sameh al-Abed, a former Palestinian Cabinet minister. “It’s the food basket of the Palestinian people and full of natural resources.”

For Israel, the Jordan Valley is considered a key security asset because it provides a buffer zone against potential attacks from the east and assures a defensive line along the country’s long frontier with Jordan, which signed a peace treaty with Israel in 1994.

Israelis consider a military presence there to be a keystone of any regional peace accord since it could keep the Palestinian areas demilitarized. It is also sparsely populated by Israeli settlers, most of whom are secular farmers and far less ideologically driven than those deep in the West Bank and in settlements with biblical significance. As such, there is a wide consensus in Israel, even among moderates, that Israel should retain some element of control in the area under any peace deal.

Palestinians, however, say there can be no independent state that doesn’t control the border. With annexation they would lose a fertile area, which is home to many Palestinian farms and is one of the few remaining areas of the West Bank with open space for development. They currently have severe limitations on expanding towns and villages and those built without hard-to-get permits — like the Bedouin encampment of Khan al-Ahmar — face standing demolition orders.

“Israel kept the Jordan Valley empty of Palestinians over the years just for this moment, the annexation,” said Nidal Fukah, a community activist in the town of Kardala.

Netanyahu has made various vows to impose Israeli sovereignty over occupied territory before but has yet to follow through because of the long-reaching consequences. His presentation Tuesday was far more detailed, though, pointing to a map as he made his case.

Among Israelis, there seems to be widespread opposition to any withdrawal from the area. Many believe a return to the pre-1967 lines is untenable. At the narrowest point along Israel’s coastal plain, the distance between the Mediterranean Sea and the West Bank is just 15 kilometers (nine miles) wide, leaving many Israelis concerned about the country possibly being split in two in a future military conflict. Without the Jordan Valley, Jerusalem would also be surrounded on three sides by Palestinian land.

Netanyahu’s main rival in the Sept. 17 elections, retired military chief Benny Gantz, has also vowed to retain control over the Jordan Valley. But he has stopped short of calling outright for annexation and dismissed Netanyahu’s announcement as campaign theatrics.

END OF A PALESTINIAN DREAM

For Palestinians, Israeli annexation of the Jordan Valley could be devastating to any remaining hopes of establishing a state that includes the West Bank.

Jericho, the valley’s main population center, would be engulfed on all sides by Israeli territory, and the remainder of the West Bank would be surrounded by Israel to the east and west. With Netanyahu pledging further annexations, the Palestinians would be left only with small, disconnected enclaves — making it difficult, if not impossible, to move from place to place or establish a viable state.

In his presentation, Netanyahu suggested establishing road links for Palestinians to neighboring Jordan — a scenario that neither the Palestinians nor Jordan seem to want.

For this reason, the U.N., the European Union and the Arab world, including Israel’s would-be ally Saudi Arabia, have come out strongly against Netanyahu.

But a muted U.S. reaction could signal that Netanyahu’s plan jibes with President Donald Trump’s peace plan — potentially giving him the cover he needs to push ahead.

By MOHAMMED DARAGHMEH and ARON HELLER

Photo: A Palestinian man works on a farm near Bardala, in the Israeli-occupied West Bank, Wednesday, Sept. 11, 2019. Israeli Prime Minister Benjamin Netanyahu’s election eve vow to annex the Jordan Valley if he is re-elected has sparked an angry Arab rebuke and injected the Palestinians into a campaign that had almost entirely ignored them. (AP Photo/Ariel Schalit) 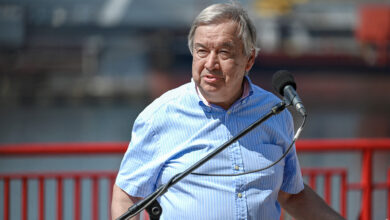 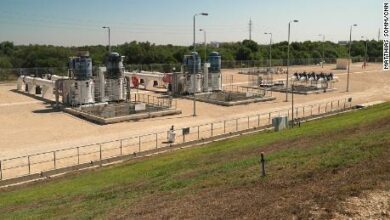 Responding to FBI search, Trump and allies return to his familiar strategy: flood the zone with nonsense